Venezuelan warships to be built by Dutch shipyards in 1950s

Archive Kon. Mij. De Schelde 1970-1975 inv.no. 1656 (stored at Zeeuws Archief). There is some correspondence preserved dating 1949-1950. The launches were never built. In December 1949 was the shipyard informed that the Commander in Chief of the Venezuelan Navy wanted to purchase 3 diesel launched with a length of around 70 feet, a minimum speed of 20 miles and an armament of 2-2cm machine guns. According to a letter dated 23 November 1949 the length was described as between 60-80 feet, oil fuel bunker capacity for at least 600 nautical miles, accommodation for 7 men (including officer), steel hull and deck doubled with wood, radio telegraph and telephone equipment with a range of at least 300 nautical miles. The launches were to be used against smugglers. In calculations is spoken of 2 screws and a horsepower of 2x465 hp and a length of 18 metres, 50 tons, 15 knots, 2x150 hp or 24 metres, 70 tons, 20 knots, 2x400hp. 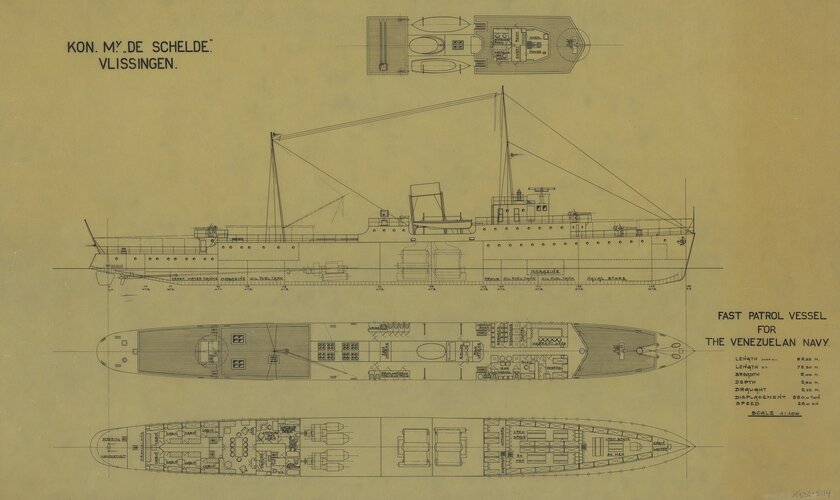