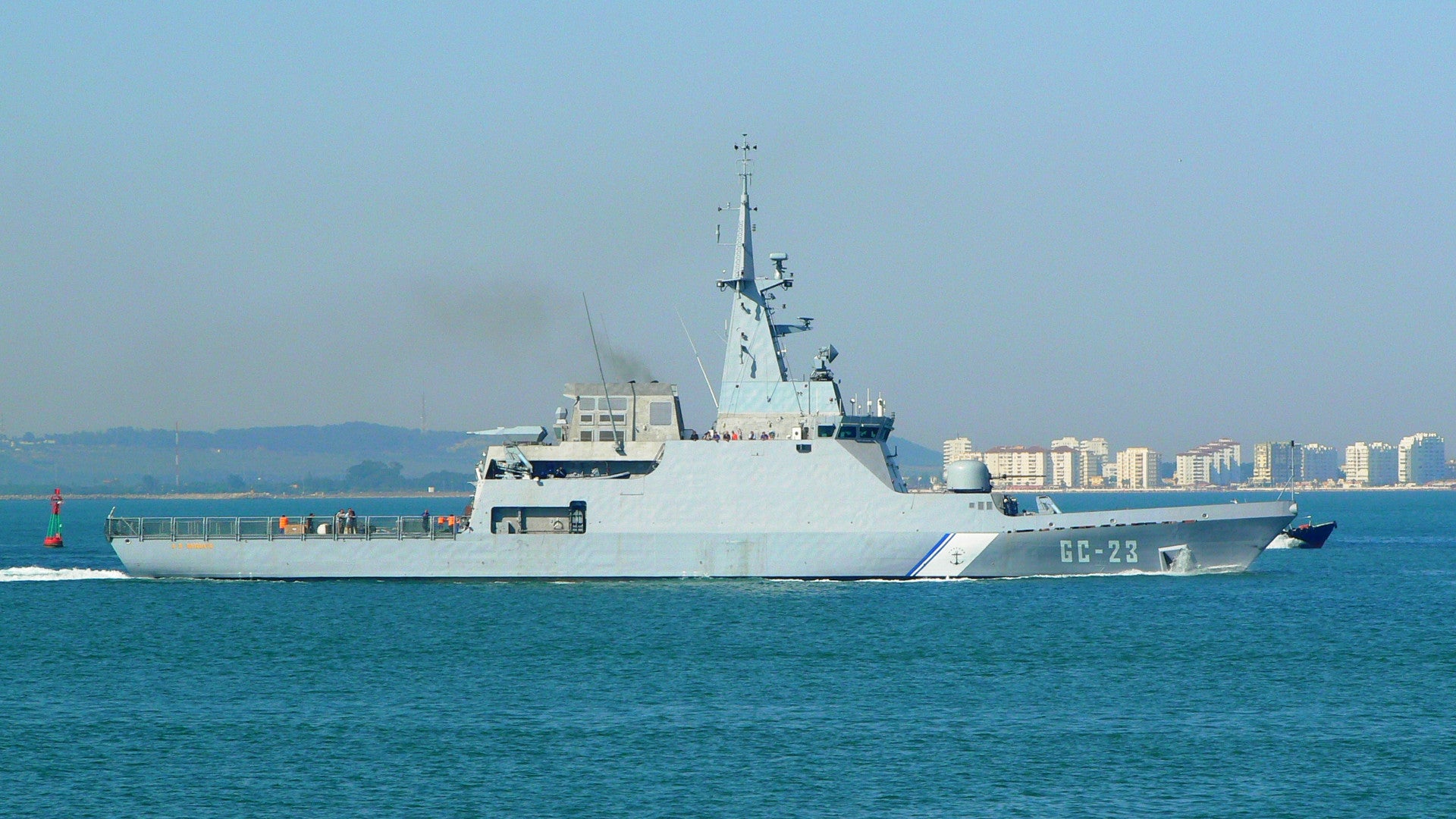 The Venezuelan ship appears to have been trying to seize the cruise ship, which is designed to safely sail through icy waters.

I guess Mr. Trevithick isn't a ship nerd. He took a section about the patrol ship's armament ("the Naiguatá has a 76mm main gun in a turret forward of the main superstructure, as well as a pair of 20mm cannons and two .50 caliber machine guns") almost straight from one of his sources (Infodidensa). Problem is, it's obviously wrong just from looking at the pictures and associated video. There's a 76mm forward, yes, but also a pretty prominent 35mm Millennium gun aft overlooking the helo deck. No sign of 20mm that I can find. The Navantia video he linked shows the weapons firing, which is a pretty good hint.

He's also confused about how commercial ship tonnage is measured. He talks about Resolute having "a gross tonnage of around 8,445 tons at the time." Gross tonnage is a measurement of a ship's enclosed volume; it doesn't change unless you start modifying the ship's structure. It's definitely not equal to the actual weight of the ship. Comparing to the patrol ship's displacement of 1720 tons full load is comparing apples and oranges,

A Venezuelan navy ship fired on a German cruise ship and then rammed it and then sank (the navy ship).

The cruise ship was designed for Antarctic touring and had a reinforced bow for ice breaking. Following the edicts of Sun Tzu, this is where the Venezuelan ship chose to ram.

Figures someone beat me to the punch with nothing else going on.

fredymac said:
Following the edicts of Sun Tzu, this is where the Venezuelan ship chose to ram.
Click to expand...

Great turn of phrase though! 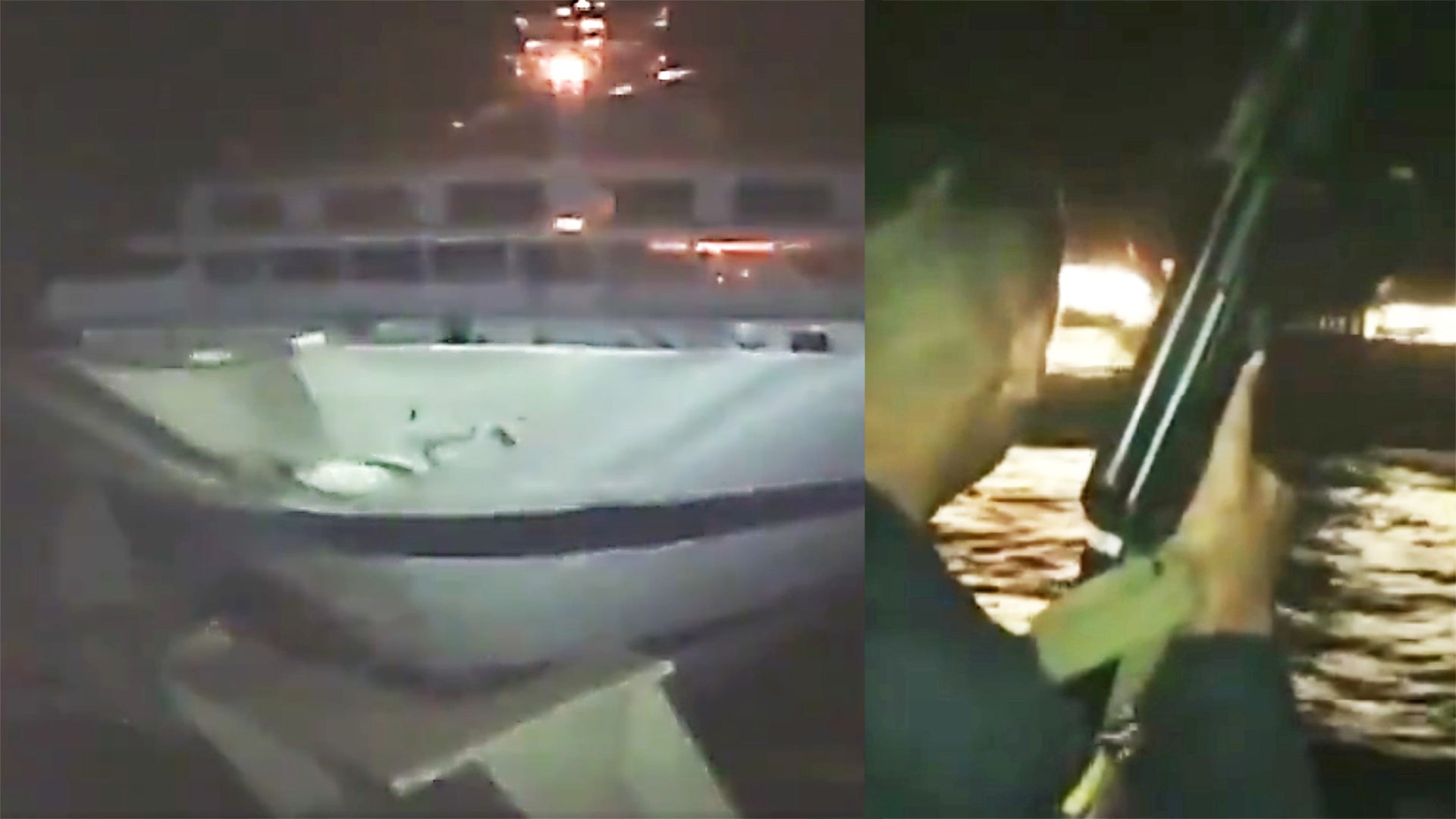 The hardened ice-breaking bow of the cruise ship made quick work of the Venezuelan naval vessel.

It's not like Venezuelan navy can afford easily such losses.
At last that's another example of the vertical decision processus plaguing that country that excludes any critical thinking.
A

Don't worry for Venezuela, that screwball Maduro has his grandmother recipe to fight COVID. 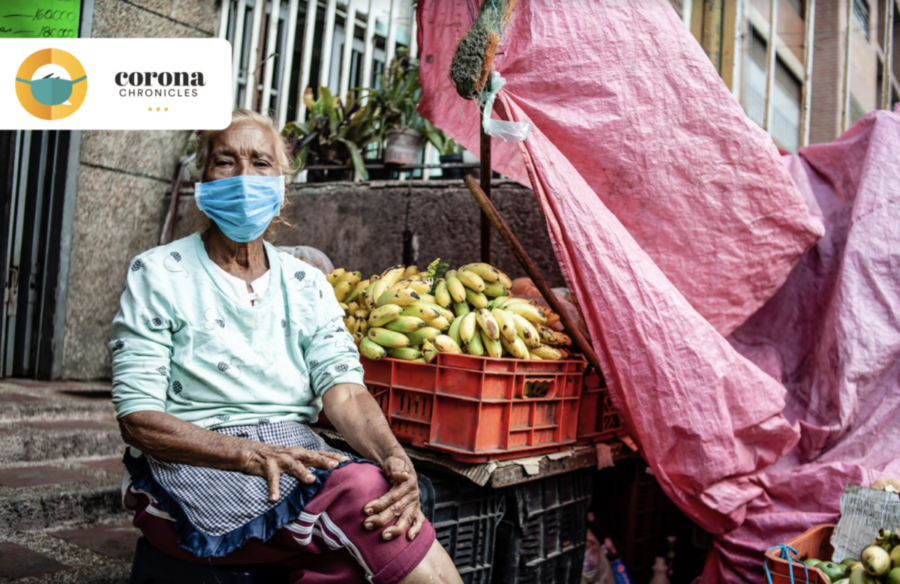 While scientists in several countries join forces to stop the pandemic, Maduro defends a conspiracy theory of the coronavirus as biological ethnic-cleansing warfare.

www.caracaschronicles.com
...
Hopefully it won't work
...
For him.
Z

The hardened ice-breaking bow of the cruise ship made quick work of the Venezuelan naval vessel.

Astonishing;- they’ve not only done something at Darwin Award levels of stupidity, they’ve filmed it and released the film for the world to see.
Last edited: Apr 9, 2020

Not seen the actual footage myself.
T

Thanks very much.
Z 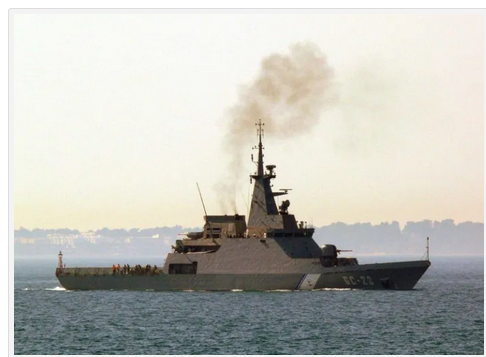 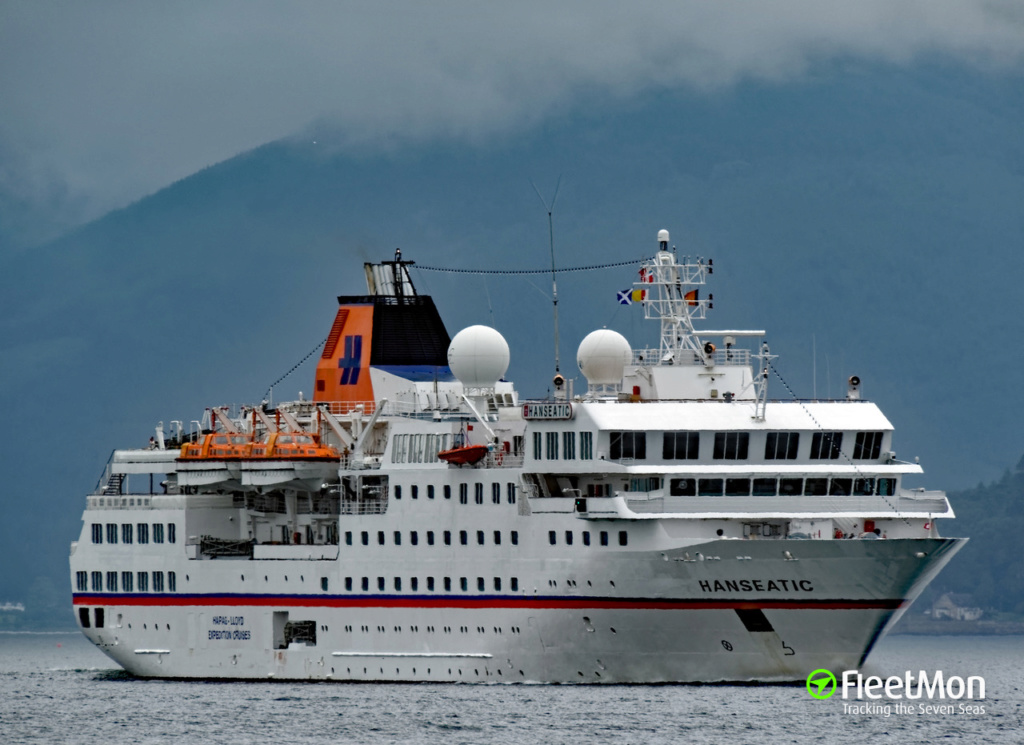 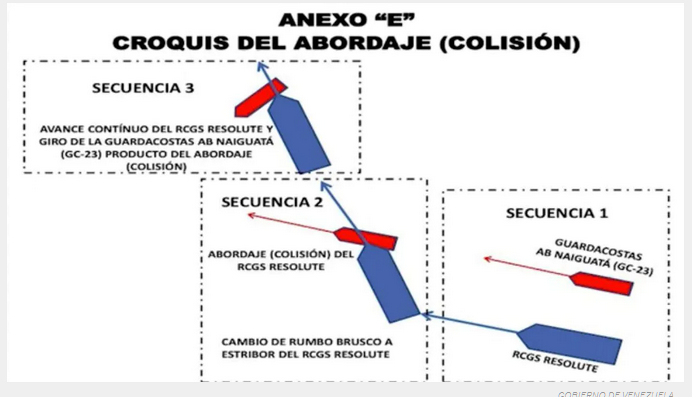 Did they honestly think that the cruise ship could stop in that short of distance?

muttly said:
Did they honestly think that the cruise ship could stop in that short of distance?
Click to expand...

As far as I can make out, the graphics are trying to claim Resolute (the liner) turned into and rammed Naiguata (cambio de rumbo brusco = abrupt change of course) . Given the relative handling characteristics of a 1,450t 22kt naval vessel and an 8,400 gt, 16kt liner, that would imply the Naiguata's crew were asleep at the wheel and even more incompetent than in the scenario where they rammed Resolute.

As far as I can make out from the video clip earlier in the thread, which has clearly been deliberately cut so as not to show the circumstances leading up to the ramming (draw your own conclusions), there doesn't seem to be any evidence that the Naiguata was trying to turn away, the bow of the Resolute seems to maintain a fairly constant heading wrt the hull of the Naiguata, even as the point of contact slides aft - which IMO actively implies Naiguata was steering dead ahead across Resolute's bows rather than trying to turn away.