Mr. Jean Van Lith was amateur in Aviation,and he was a French homebuilt of airplanes,
almost in 1937 he began his career about constructed some light aircraft; 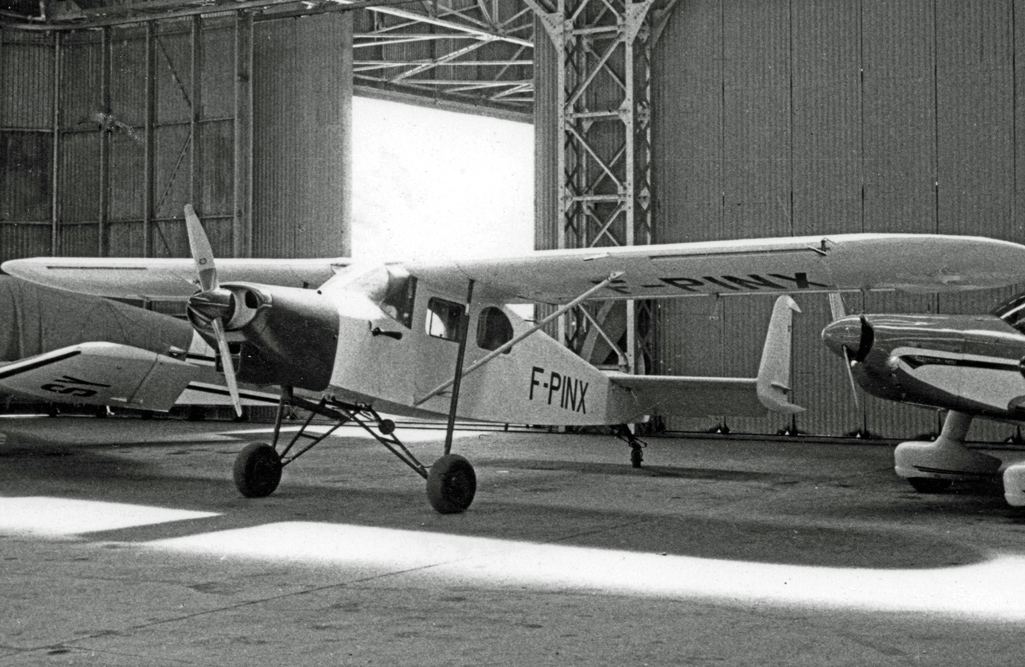 Hi Hesham
Thank you for the very interesting list!
Some additional info on the Type IX that may be of interest. Type IX was built as cabin monoplane and first registered (to Mr. Van Lith) on 30.12.1986. Orignal (test) registration F-WYSZ was soon changed to F-PYSZ. The registration was cancelled on 29.6.1990 after the aircraft had been damaged in an accident.
She was rebuilt by Mr. Richard Monmoulinex as Type IXBIS and became a parasol sing type (see photo). First registered on 6.9.1994 (to Mr. Monmoulinex). The registration was cancelled on 4.8.2008 when she was transferred to the Ultralight category.

Thank you my dear Walter.

I found this strange airplane,I don't know if it was a Project or not ?,maybe Type-III.

This article indicates that the design was presented at an aviation conference and the goal was to create a light aircraft suited to power by a small (50-70 hp) automobile engine. The concept was a side-by-side two-seater with a mid-mounted engine driving a nose-mounted propeller via a shaft that passed between the pilot and passenger. The author comments at the end, "Let's hope he'll be able to build it soon," so it seems like a serious design but not necessarily a project.

if you see my list,the Type-II was appeared in 1937 and Type-IV was appeared in 1946,
if we analysis the situation and as it clears,it was not among the known airplanes,so I
suggest it was Type-III or Type-V,and in this case,it was probably a Project ?.

I think we get all aircraft and Projects to this designer,except Type-I,he created a circle-wing
single seat monoplane Project of 1952,all details are here,and I can say; maybe it was Type-V.

the Type-I was a derivative of Mignet HM.8 with 50 hp Anzani engine,but the motor was failure.