Although this was mentioned on a couple of occasions on the forum, there never was a dedicated topic, so here goes.

In order to improve sales prospects in the United States, the fifth Handley Page Jetstream prototype was fitted with the US-built Garrett AiResearch TPE-331 in place of the French Astazou.

Changing to the US-built engine was enough to allow the US Air Force to consider it for cargo use. They eventually placed an order for 11, fitted with a cargo door and accommodation for 12 passengers or 6 stretcher cases, to be known as the C-10A, or Jetstream 3M. Beechcraft records mention the Model 115 as corresponding to a "C-10A", which would indicate that the company would probably have marketed the type in the U.S. on behalf of Handley Page. Beechcraft was already in a deal with Hawker Siddeley at the time over the HS.125 series so it makes sense somehow.

However the USAF cancelled the C-10A order in October 1969 citing late delivery. The C-10 slot was later reallocated to the McDonnell Douglas DC-10 in its tanker version as the KC-10A Extender.

A "C-10A" nose section appears on the web here and here and is said to have been exhibited at the 1968 Farnborough Air Show, but I do not know if it's from the fifth prototype or simply a mock-up nose section. It is on display at the UK's North East Aircraft Museum. 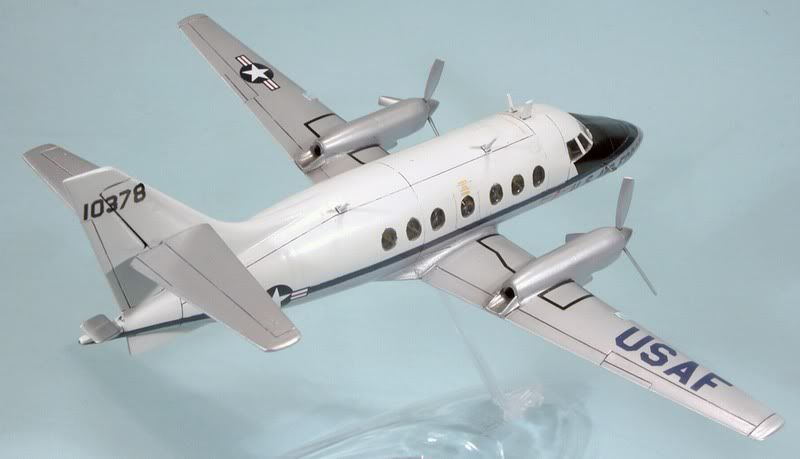 Below are pics of the Airfix model, which came out at a time when the C-10A procurement was a sure thing. Although the model was in the Airfix catalogue from 1969 to 1977, and briefly reissued in 1987-88 (see attachment), it is quite a hard-to-find item nowadays. Airfix also had them briefly as a 'Club Members' Limited Edition a couple of years ago. Some Astazou engine sets were made by Aeroclub and enabled the builders to change the model back to a "regular" Jetstream. They were vacuformed with white metal nacelle fronts and props.

The original model kit from the Vintage Airfix website:

A few pics from fighters.forumactif.com: 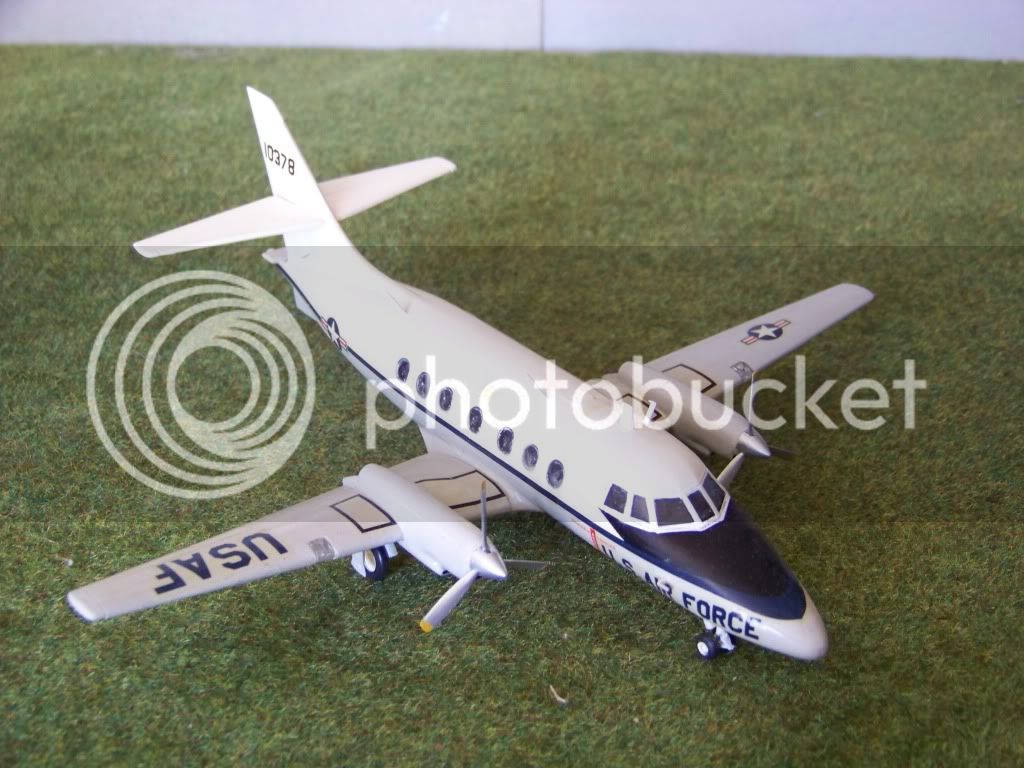 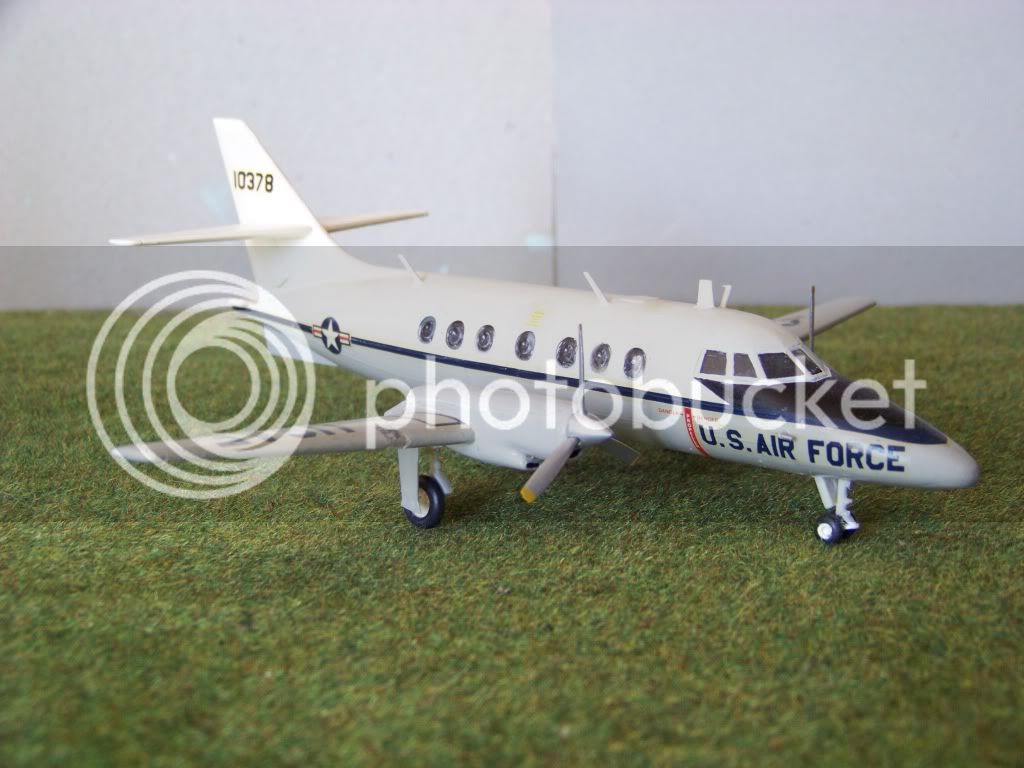 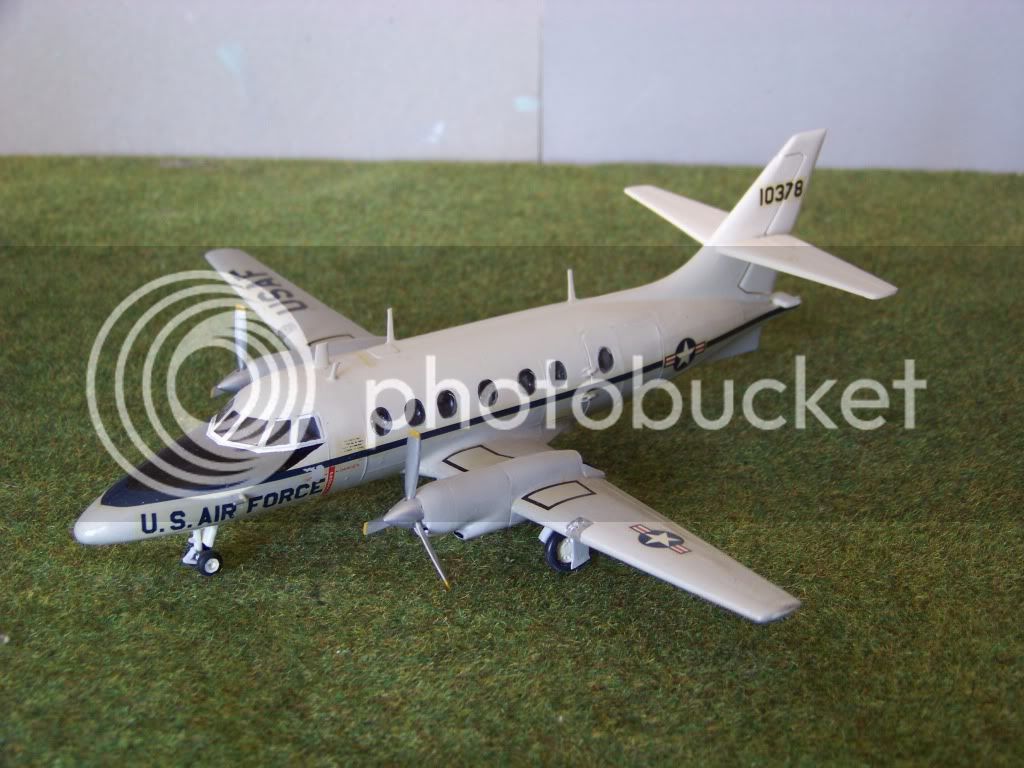 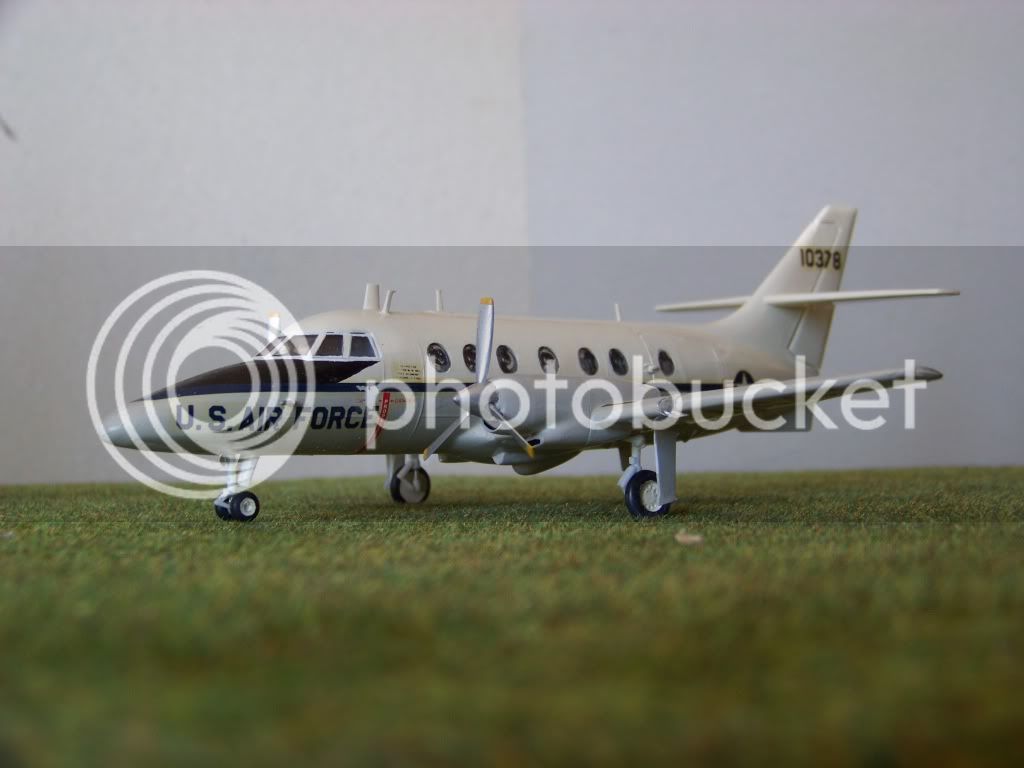 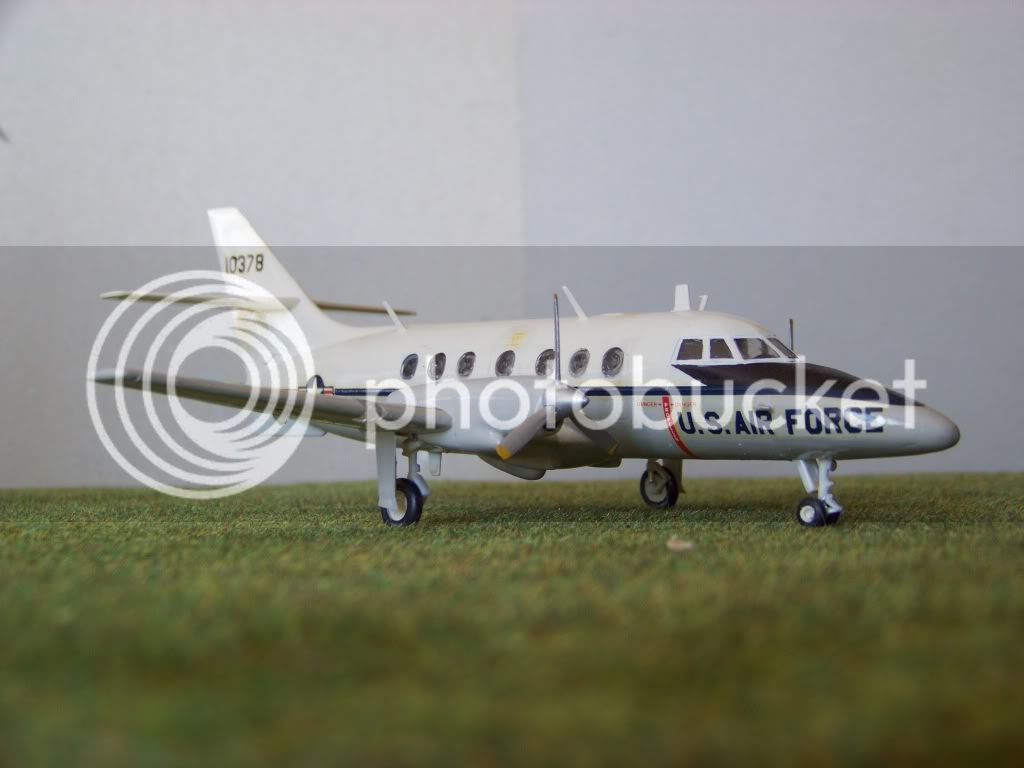 My understanding is that the HP Jetstream was to be purchased by the USAF as part of an industrial offset package included in the F-111K sale and that the program ended when the F-111K did. The F-4M which was purchased instead of the F-111K had significant UK content (engines (RR Spey), avionics and big chunks of the fuselage) and so the Jetstream probably wasn''t needed to balance the books. It would have been uncharacteristic during that period for the Pentagon to look offshore for an aircraft in this class.
N

Hi Toura, any dates on these magazines?
T

Further to all of the posts relating to the C-10A, I am not sure how members are aware that there was an example of the Jetstream that was painted in a pseudo USAF colour scheme. This aircraft featured in the first episode of the Gerry Anderson series 'UFO'. See this clip at the 2mins 15 seconds mark to see the Jetstream. https://www.youtube.com/watch?v=4-5GAY7JfWU&list=PLCD878FD6CBFDAA18
F

That one even has the Garretts too.
C

Interesting. The serials indicate they were bought with FY 1985 money, so they were far from new at the time. They were all ex-airlines aircraft, with the last commercial owner being Dorado Wings, which gave them up around 1980. They seem to have ended up soon thereafter as inactive airframe trainers at various aeronautical colleges (one to Embry-Riddle, for example). I suspect the Army acquisition was just a shuffle to get them into government inventory before passing them at low/no cost to schools that trained future aircraft maintainers.
E

I don't know model numbers precisely, but Aero Commander would have been a derivative of, IIRC, their Model 680 which used Garretts and the Mooney model would likely be a variation of the Mitsubishi Mu-2 for which they, at that time, held the US license (Mitsubishi later took over their operations in San Angelo, TX and the license to form the US Operation called Mitsubishi Aircraft International - once upon a time, mid-1977 to early-1979 I worked there). The Swearingen Model would likely be a Merlin II or Merlin III. The rest of them I don't have any information on nor grounds to speculate on.