The objective of the Transformation Craft (T-Craft) innovation team was to develop a conceptual craft that addresses the problem of transporting military vehicles at high speed from the Sea Base to troops inland. The role of T-Craft is to transfer rolling stock from a cargo transport ship at the Sea Base, carry it through the surf zone and onto the beach. T-Craft is intended to have a significantly greater payload capacity than previously developed concepts providing a feet dry ship-to-beach transport capability. Requirements also included a payload of up to ten M1A1 tanks, transit speeds of 20 - 25 knots and 40 knots, at ranges of 2,500 and 500 nm, respectively. The T-Craft must be operable in Sea State 6 and survive in Sea State 8. The Office of Naval Research has a T-Craft design program currently underway with four commercial contractors. None of the contracts awarded to-date are considering the use of a SWATH design. The innovation team has developed a 1,500 tonne SWATH concept design to provide an alternative approach to meeting the requirements. The concept is an aluminum-5086 structure that transforms from a SWATH ship at sea to an air-cushioned/tracked vehicle on the beach. This transformation requires that both SWATH hulls rotate vertically through 105 degrees and the deployment of an air cushion system. The vessel uses pumpjet propulsion at sea, powered by an integrated full-electric propulsion system. To improve flexibility, significant attempts to reduce onboard systems complexity were made. The final design was shown to be feasible in the critical areas of hull form, materials, general arrangements, weight, power systems, and stability.
Click to expand...

Source:
Sweetman, Bill. "It's A Hovercraft! It's A Catamaran! But Wait..." Ares May 04, 2010
http://www.aviationweek.com/aw/blogs/defense/index.jsp?plckController=Blog&plckBlogPage=BlogViewPost&newspaperUserId=27ec4a53-dcc8-42d0-bd3a-01329aef79a7&plckPostId=Blog%3a27ec4a53-dcc8

Meanwhile, the French haven't been idle:


We talked about the innovative L-cat landing craft, produced by French engineering group CNIM, in 2008, when it was just starting trials with the French Navy. I caught up with the company again a couple of weeks ago at Singapore's IMDEX maritime defense show.

Since 2008, the French defense ministry has ordered four production-model Engin de Débarquement Amphibie Rapide (EDA-R) craft from CNIM, with an option on two more, with the goal of providing each of the three Mistral-class amphibious-warfare ships with two of the craft. The first of these is to be delivered in September. Unit cost is EUR15 million.

The Mistrals were sized to take the US Navy's Landing Craft Air Cushion (LCAC), and the EDA-R is similar in overall dimensions. Its unique feature is its ability to change its shape, and operate as either a medium-draft catamaran or a landing craft.

That's because the EDA-R is made in three parts. The two-side hulls each house two 1,900 hp MTU diesel engines driving Swedish-made MJP 650 waterjets. They are connected by cross-bracing and the third main piece of the structure, the meter-deep cargo floor.

The floor is attached to the sides by four vertical lift drives and can be raised and lowered in 90 seconds. In the upper position, the floor rises clear of the water and the EDA-R floats on its side hulls, drawing 1.7 m of water. With the floor lowered, the craft floats on both the side hulls and the floor, drawing only 70 cm. (Although it might look like you'd need to seal the sides to the deck, you don't: the top of the deck is dry at full load.) It can deliver vehicles "feet dry" on a 2-degree beach slope.

Here's the prototype in action:
http://www.youtube.com/watch?v=l_yvY3l27H0&feature=player_embedded

As a catamaran, the EDA-R can cruise at 16-27 kt according to load, which can be up to 100 tons. An LCAC is nominally faster, but CNIM says that the difference reduces quickly as the sea gets rougher. Also, says CNIM, the diesel-powered EDA-R can perform more runs to the beach without refuelling, offsetting part of the speed advantage.

Alongside QinetiQ's PACSCAT, the EDA-R shows an innovative approach to providing a high-speed, long-range ship-to-shore link -- while the US Navy is basically reproducing the existing LCAC in its new Ship-to-Shore Connector (SSC) requirement.

Neither has the USN. They just took a different approach:

Wasn't that the result of a congressional earmark, rather than US Navy funding? Although the Navy seems to be interested now! But, will that translate into firm orders? 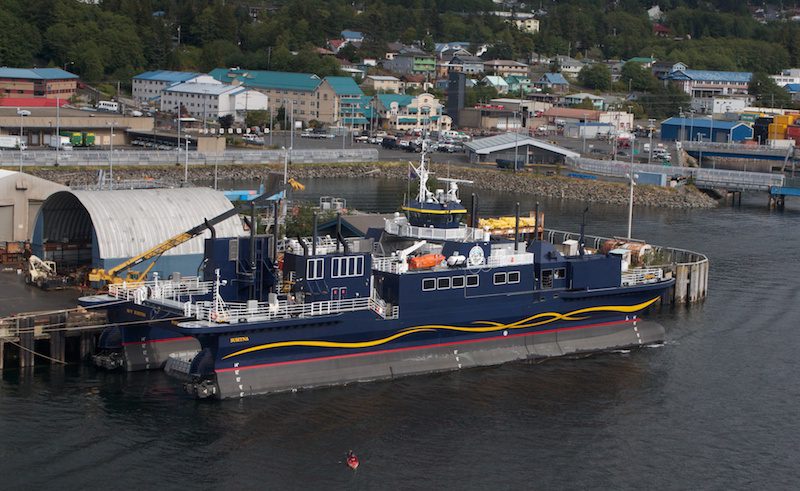 They say that two happiest days of boat owner’s life are the day they buy the boat and the day they sell it. For a small borough of 88,000 outside Anchorage,...

What happened to this effort? Did it just die off?

Apparently the sale to the Philippine Red Cross went ahead at a real bargain price in late 2015, with delivery finally taking place in December of 2016 after a refurbishment that, reading between the lines, was ultimately paid for by the US Taxpayer. 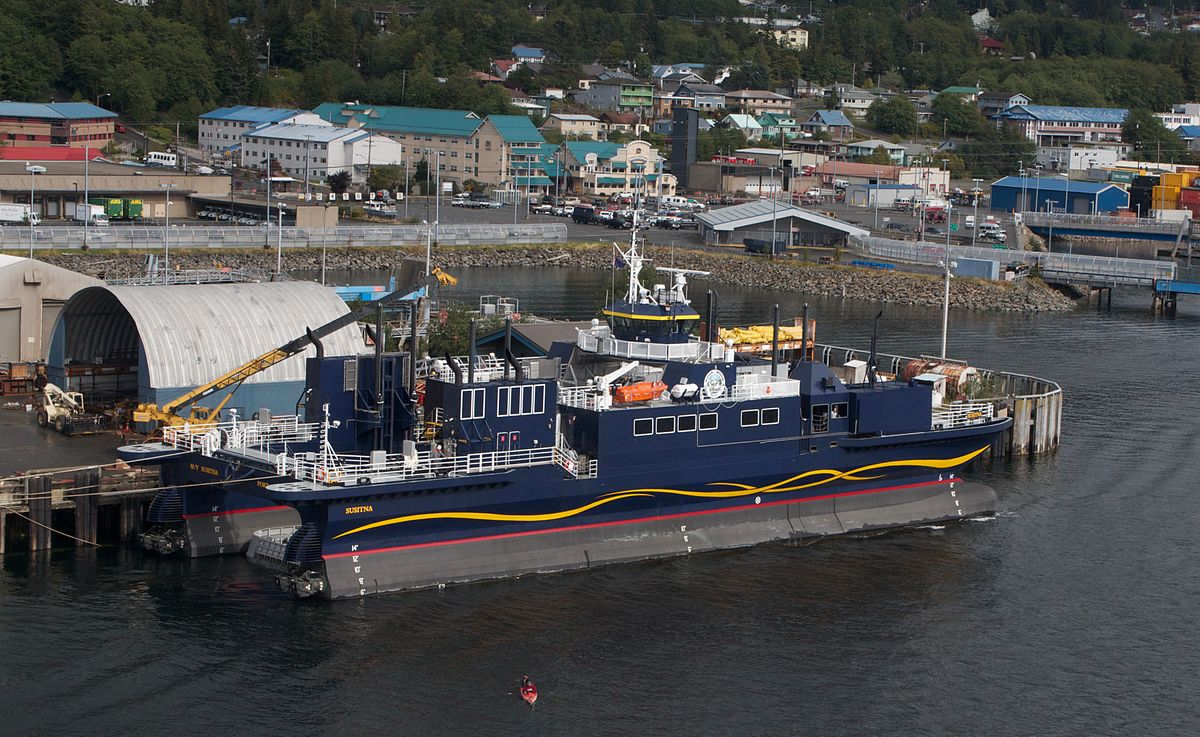 The parent program seems to have had already died a death during the Obama era.
Correction, I had forgotten the SSC at least had survived for the moment:

Grey Havoc said:
Apparently the sale to the Philippine Red Cross went ahead at a real bargain price in late 2015, with delivery finally taking place in December of 2016 after a refurbishment that, reading between the lines, was ultimately paid for by the US Taxpayer.

The parent program seems to have had already died a death during the Obama era.
Click to expand...

the ferry or the t-craft program?