I was looking for the history of the anti-aircraft guns of the US Army since 1918 but then stumbled upon an AA gun that I never heard of before. A little effort to find some information was done, but it's surprisingly quite scarce.

The gun was supposed to be the highest-reaching gun of US Army air defense against the ever-growing aircraft technology in the early 1920s. It was to become the outermost air defense, with the 3-inch gun, 1.4-inch machine gun, and .50 cal machine gun having the engagement envelope beneath it. From the naming, it was assumed to be designed at the latest in 1920, though I don't know exactly how US Army gun designation works at that period. It was tested from the latter half of 1922 to late 1924, but the development was suspended on January 15th, 1925 due to the conclusion of the gun having excessive weight and it was decided to develop a smaller gun of 105 mm caliber in the same year.

From my understanding, the gun itself was initially designed to be a mobile gun since it had a self-propelling means using a Christie suspension-based chassis, hence the designation "Gun Motor Carriage". But the Christie chassis was deemed obsolete after a series of testing at Fort Monroe in summer 1924 and the development was then focused on the conversion into a fixed version, "4.7-inch Anti Aircraft Gun, M1920E", somewhere later that year. The development of a mobile gun was hoped to be continued, but only after a satisfactory fixed gun had been developed.

I don't know how many prototypes had been built and whether it was actually used by US Army or not is unknown. To note, obviously, it was a whole different gun from the 4.7-inch M1 "Stratosphere Gun" of the 1940s.

I couldn't manage to find another picture of this gun, the only one I found was a picture in the April 1925's issue of Coast Artillery Journal dated September 1924. If anyone has some information or even pictures of the gun, I'll be delighted!

This truly is a "Secret Project" have you considered reaching out to Fort Sill or Knox? Their post should a dedicated librarian/archivist.
S

isayyo2 said:
This truly is a "Secret Project" have you considered reaching out to Fort Sill or Knox? Their post should a dedicated librarian/archivist.
Click to expand...

I haven't tried to contact them, though I presume APG would know something about this AA gun somehow. All I have done was just compiling information that's scattered around the internet. Checking physical archives or libraries is out of my league since I'm not in the States.
Last edited: Jul 29, 2021
D

I don't know whether I have to make a new thread or not, but I decided to post it here as the gun is strongly related to the 4.7-inch gun. The amount of details available surrounding this gun is surely better than the 4.7-inch gun, but still somewhat scarce.

Related to the 4.7-inch gun is the 105 mm Anti Aircraft Gun, M1927 as the direct successor. As I explained above, it was in the development phase as of May 1925. In 1926, some prototypes were produced by Watertown Arsenal, MA. According to the 68th issue of Coast Artillery Journal, the 105 mm AA gun had the longest gun barrel length-to-caliber ratio of any gun in the US Armed forces inventory at the moment of its adoption in 1928. It replaced the 4.7-inch gun as the largest AA gun caliber of the US Army and had a reasonable performance. The gun was adopting an 8x optical sight, the same as 3-inch Anti Aircraft Gun M1923E. I don't know the circumstances around this AA gun from the late 1920s to the 1930s, but one thing is for sure that it was not mass-produced. There were only about 13 pieces of the gun available as of June 30th, 1940, and those were used in World War II in the Panama Canal Defense Zone. In the 1930s it was redesignated as "105 mm Anti Aircraft Gun, M3".

Indeed, that makes it a little bit harder to find the AA gun information because the field gun shares a similar official designation.
S

Major G. M. Barnes' article "The Guns Against the Airplane" published in the May 1929's issue of Scientific American has excellent details of the 105 mm gun.

The article contains two pictures of 105 mm AA gun in action, along with the engagement envelope graph of 105 mm gun and 3-inch gun.

Yes, most probably. I couldn't think of any other alternatives.
D

Here's a better view of the muzzle brake on the M1920E and also the uncompleted World War One-era M1918. 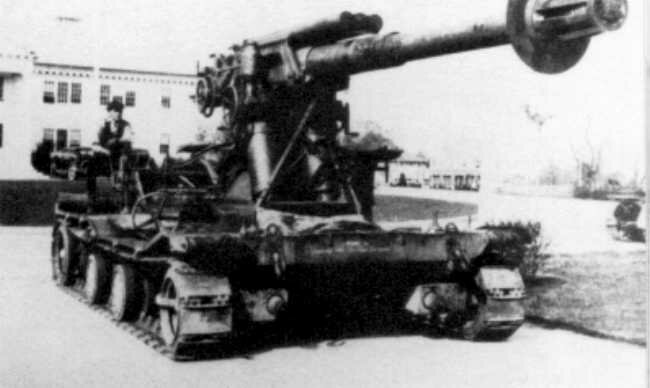 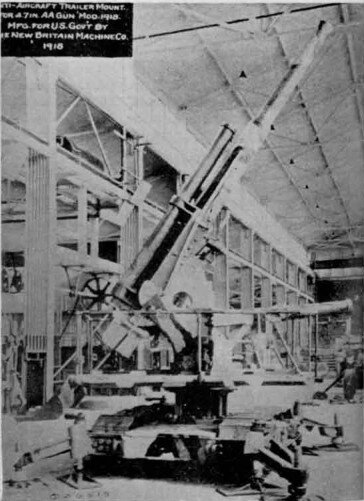 drejr said:
Here's a better view of the muzzle brake on the M1920E and also the uncompleted World War One-era M1918.
Click to expand...

Now that you mention it, a Coast Artillery Journal article did say:

Near the muzzle end of the 4.7-inch gun will be noted another device new to most artillery-men, the muzzle brake, this is still however in the experimental state.
Click to expand...

Also, there's a mention of New Britain Machine Co. in the second picture. Does that mean the M1920E is also produced by that company?
D

The gun was built by Watervliet Arsenal. New Britain produced the recoil system and possibly the trailer mount. I'm not sure how it's related to the M1920, but it looks different in detail.
Last edited: Jul 30, 2021

Somebody clearly was worried about high-climber zeppelin's raids... The stated 9-11 km altitude was far too big for contemporary bombers, but just about the dynamic ceiling for X-class zeppelins.
D

I'm don't know about the M1920 but the M1918 was developed for the AEF in France at the request of Pershing - hence the caterpillar trailer.

Found further data on the 4.7-inch "Gun Motor Carrier". Interestingly, or rather unsurprisingly, there are also other projects incorporating self-propelled chassis built by Westervelt Board. The table here mentioned muzzle velocity of 2,800 fps (853,4 m/s), a bit higher than it was described in the CAJ. The slow maximum road speed of these SPG is to be expected, of course.

Does anyone have any info about the length of the shells by chance? the only thing I found is the below link, but that might just be the size of the casing

You are right that the measurements shown apply to the cartridge case without the projectile.

There is a detailed description of the 105mm (and the 120mm) with illustrations, in Hogg's British and American Artillery of World War 2. This source also had a sectioned drawing of a complete 105mm round, for which it gives an overall round length of 1,150 mm.
There are also more details of the 120mm AA gun's ammunition in Hogg's The American Arsenal.
Share:
Facebook Twitter Reddit Pinterest Tumblr WhatsApp Email Share Link