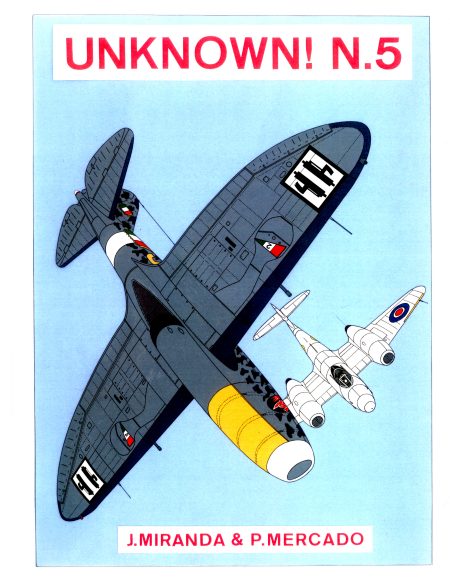 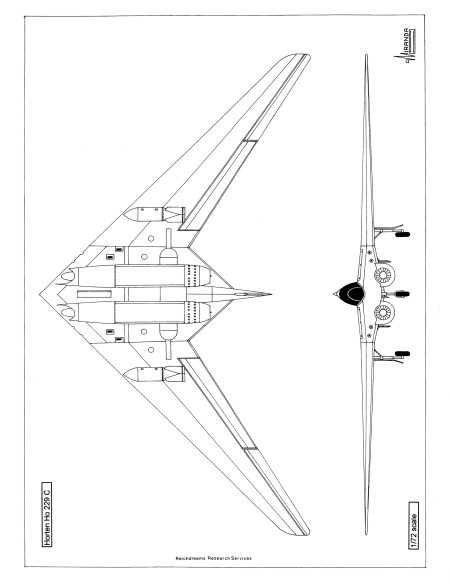 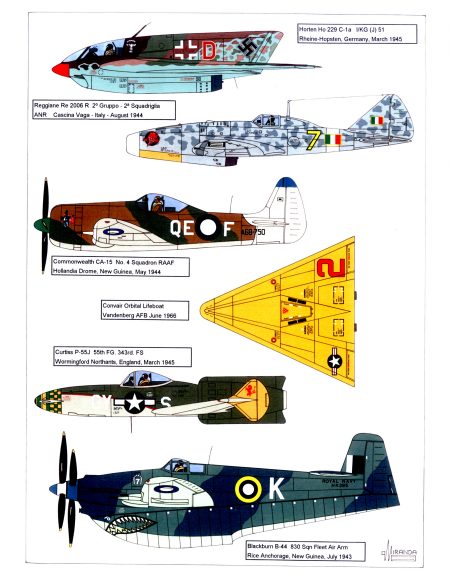 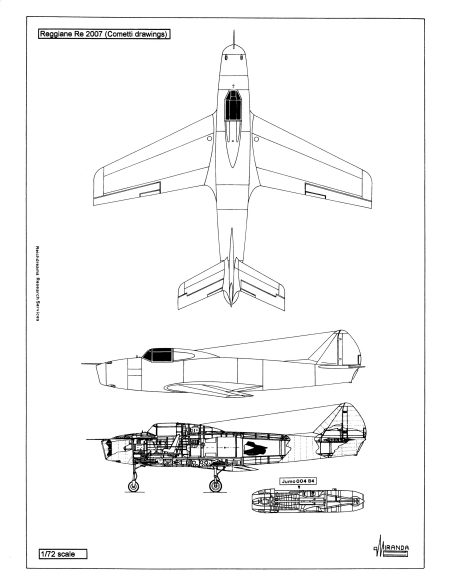 Jet Shinden versus Jet Ascender, including a graphic study of the installation of No. 130 turbojet in the Kyushu J7W2 “Shinden Kai” ultimate Japanese jet interceptor and scale drawing of the jet version of the Curtis XP-55 “Ascender”.

Blackburn B-44 with scale drawing of several seaplane fighters with retractable floats. It includes profiles of the Ursinus Seaplane, Latécoère 671, “The Scarlet Stormer” and “The Lancer”. These two last designs from the Bill Barnes fiction series

Reggiane Re 2007, an essay trying to shed some light on the mystery of this mythical project, gathering in one theory all the available information. It includes scale drawings of the Re 2006 R (Hypothetical), Re 2007 (Cometti version), Re 2008, Yak-15, Yak-17, Ambrosini “Sagittario I” and Airfer “Sagittario II”.

“Target Panama” by John Baxter. Part II of the story published in UNKNOWN! #4

Very nice. But what I truly find disturbing is that this publication presents genuine unbuilt projects alongside pure fantasy stuff...

at last !
i can order it next month

downloaded : thanks , good and interesting as always !