no one knows Quetzolcoat or anther aircraft to this company !.

There was also the Series E Sonora monoplane. A couple of pictures can be found here.


here is the TNCA Barrera or Barreda and Sonora aircraft.

A 1943 ad for Lycoming featuring the Teziutlan:

Mr. Juan Guillermo Villasana designed a Villasana No.1,it was an experimental helicopter
built in Mexico between 1923 to 1925;

hesham said:
Mr. Juan Guillermo Villasana designed a Villasana No.1,it was an experimental helicopter
built in Mexico between 1923 to 1925;
http://drsamuelbanda.blogspot.com.eg/2012/11/la-aviacion-en-la-revolucion-mexicana_18.html
Click to expand...

Very interesting, but slightly out of place as this was not a TNCA aircraft.
S

Here is the 1921 Brown Special, a biplane trainer with inline engine, designed and built by Lawrence W. ("Larry") Brown in the United States and assembled by TNCA in Mexico for use with the Fuerza Aeréa Mexicana. Larry Brown began to fly in 1914, and built his first aircraft in 1916 for aerobatics. He first wound up in Mexico as a mercenary pilot, and later as an aeronautical consultant for the Mexican government (he also had a small transport and agricultural work business). Four "Specials" are said to have been built, though possibly only two were assembled locally. Only number "51" is known.

Yes I know that,

hesham said:
but maybe built the TNCA company,also in Wikipedia,they included it under this company;
Click to expand...

The list simply says that Villasana designed an aircraft called the Latino America for TNCA, but it doesn't necessarily mean it's the same type. I'm not a specialist of Mexican aviation, so I couldn't say for sure, but I think one has to be careful before asserting things one isn't sure about.

And Photo of a drawing of the TNCA Serie A.

I forget the source for those pictures.

Nice photos.
The Vought Corsair certainly was not a TNCA aircraft.
Also, the first aircraft in the color illustration was co-designed by Villasena, which proves he drew a lot of planes. But it doesn't look like it's related to TNCA either...
Perhaps this topic should be renamed as "Mexican aircraft" to reflect the change in focus?

we can change the title.

Maybe all of them were from TNCA,right ?. 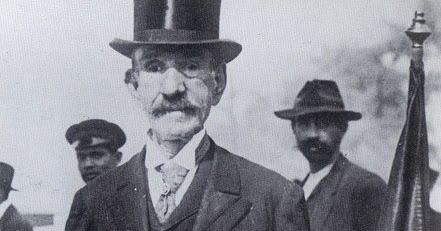