So various people designed the Thin Wing Javelin, Avro Arrow, Fairey Delta interceptor, TSR.2 (birthed out of the English Electric contender), etc.... all either cancelled at the prototype stage or never built. It's not like the industry didn't see the optimal solution and try to work towards it. It's telling that the only other over-under project that made it to hardware was Saunders-Roe's rocket fighters - and those NEEDED it because both of the engines would not always be running.

The Lightning only survived because it was a compromise solution that was too far advanced to cancel. And when it was first drafted, the aerodynamic and propulsive state of the art NEEDED the design compromises Petter made.

What did Britain finally replace the Lightning with? Interceptors with side-by-side engines, the Phantom and the Tornado ADV, and an advanced trainer/attack aircraft with the same layout (Jaguar).

If Sandys hadn't killed manned interceptor development for the RAF in 1957, I think it's highly likely that the Lightning would either never have seen service or been replaced after a couple of marks by a P.17/TSR.2 derivative with exactly the optimal layout you describe.
Click to expand...

So let's get to the nitty gritty here.

What is not clear to me is why, after it was already becoming obvious that engines were going to substantially increase in power did EE never have a study to fit P1 wing and tail cockpit and systems to a more conventional fuselage?
That my notional P1C never seems to have existed. Not just at the time I've AH'ed here but it seems never at all.

It is blindingly obvious that had Sandy's cancellations never occurred and finances permitted. Then Lightning would quickly be forgotten in the roar Fairey's Delta III and Saro's F.177.

Of these two the Delta III would either remain the premier Fighter in the RAF or be abandoned for more multirole aircraft.
While the F.177 would either quickly evolve into a sort of British Crusader. Or be dropped in favour of the likes of the P1154.

But both would advance the development of engines, reheat chambers, materials, aerodynamics, hydraulics, undercarriage, computers, cpckpits, radar, navigation and other avionics. All of which would alleviate the burden of developing a Canberra successor in these areas.

However my contention is that the side-by-side engined Lightning, the evolution of a P1C, would achieve most of that and be reasonably competitive.

Reasonable, affordable and 'good enough', to achieve higher numbers of variants, lower costs per unit, greater synergies in training and maintenance and support.
Along with greater export potential.
P 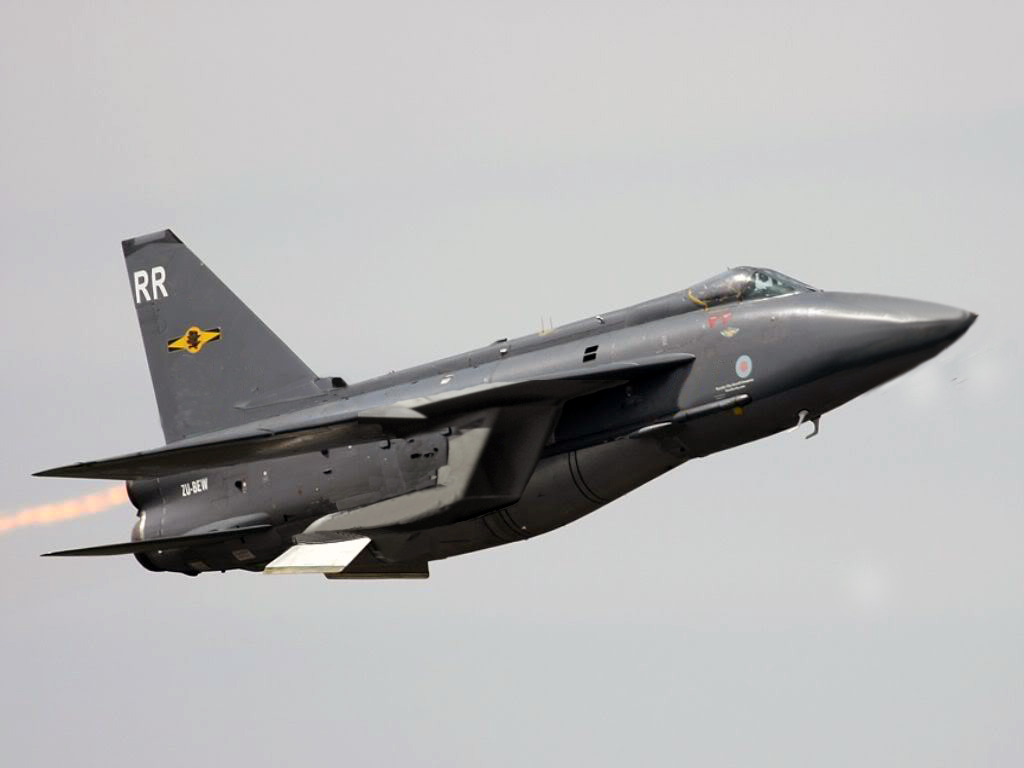 Following the cancellation of the Tornado ADV, BAe proposed an enhanced Lightning as an interim fighter/interceptor for the RAF until a longer term solution was found. The initial proposal included…

I think the intakes could be better integrated myself but the rest looks reasonable.

Foo Fighter said:
I think the intakes could be better integrated myself but the rest looks reasonable.
Click to expand...