The names of main guns on warships

It's come to my attention recently that the main guns on some warships are given names, much like fighter pilots often name their aircraft. I've only seen this on a few Battleships, but I'm willing to bet that it's a pretty common practice (or was at one time). 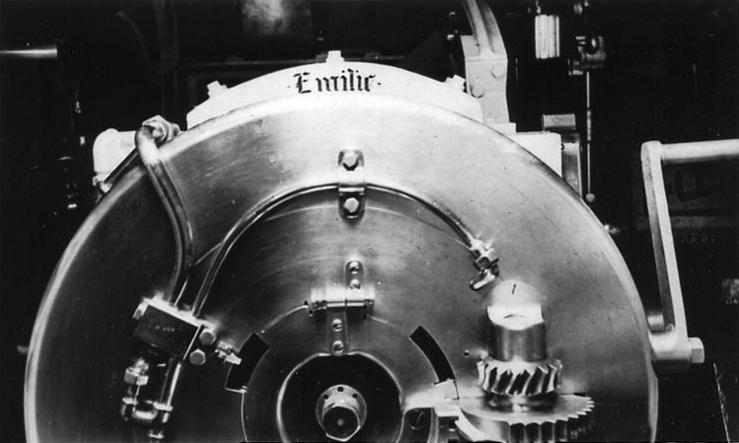 In this video of the USS Wisconsin firing her main guns for the last time, you can clearly see that one of the gun breechblocks has the name "Alfalfa" written on it;
http://www.youtube.com/watch?v=dVvEPTYrcXA


Does anyone know the names of the guns on any other warships? I've searched the internet high and low, but these are the only examples I've ever seen --- and I found every one of them by chance!
C

On the battleship Bismarck the main guns where named "Anton", "Bruno", "Caesar" and "Dora".

On the battleship Bismarck the main guns where named "Anton", "Bruno", "Caesar" and "Dora".
Click to expand...

Wasn't that the designation of the towers?

pometablava said:
Wasn't that the designation of the towers?
Click to expand...

It was, and this designation was used on other ships, e.g. the Tirpitz, too.
C

On the battleship Bismarck the main guns where named "Anton", "Bruno", "Caesar" and "Dora".
Click to expand...

Wasn't that the designation of the towers?


On HMS Agincourt, the 7 main turrets were named after days of the week, starting with Monday for the foremost turret.

I'm sorry. That was an straight translation from Spanish to English :-[