Dr. Strangelove or: How I Learned to Stop Worrying and Love the Bomb

The best in the film is the music and the B-52 footage.
The rest is just detestable...pure Kubrick!

also heres a bit of trivia...
next time you watch the movie look at the B-52 flying over the snow and the shadow it projects
its actually a B-17 shadow

they used a B-17 and superimposed B-52 footage over it... Martin Caidin talks about in the epilogue of his book "Flying Forts"
O

The best black comedy ever, and the choice of music as the world blows up is just sublime.

shadowcat48li said:
they used a B-17 and superimposed B-52 footage over it... Martin Caidin talks about in the epilogue of his book "Flying Forts"
Click to expand...

Actually they used a B-17 as the camera plane filming miles and miles of northern wastes to provide a backdrop. So in many shots you can see the shadow of the B-17 when they were backlit by the sun. Since they never had two planes there was no filming of a B-17 in which the model of the B-52 was superimposed over the top.
W

Great film ... maybe Kubrick's best. Certainly one of the last films he made before he learned to stop worrying and love Stanley ...

Michel, many thanks for this link, haven't seen this film for long.
Really good, with very good characters, especially, of course, this crazy german
scientist, with his handicap of unintended arm movements ...
If Kubrick had someone in mind ?

this crazy german scientist, with his handicap of unintended arm movements ...
If Kubrick had someone in mind ?
Click to expand... 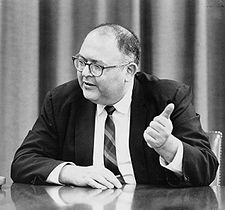 Edward Teller who claime to be father of the H-bomb. 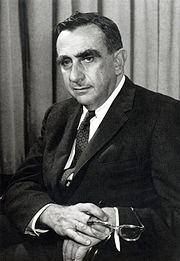 for Sellers' accent was influenced by that of Austrian-American photographer Weegee
( pseudonym of Arthur Fellig born in Austrian-Galicia)
Weegee work for Kubrick on Dr Stangelove
also the way Von Braun and Teller talks, play a role in way Stangelove talks.

and off curse Kubrick him self! including his black glove, Seller used it on his right hand


original Seller had to play also role of Major T. J. "King" Kong,
but he sprained an ankle and could not play the role. Slim Pickens takes role over
and Seller end up in wheelchair ;D
W

Indeed, Sellers did have a bash at playing Majro Kong - see the attached test-shot, taken from a Strangelove image-gallery at:
http://www.geocities.com/Area51/Shire/3566/strangeimage.html
Much as I like Sellers as Strangelove, President Muffley and Group-Captain Mandrake, I'm glad he didn't stick around as Major Kong - I wouldn't have missed Slim Pickens in the role for worlds.

The thing about Picken's performance is, he wasn't told that the film was a comedy. So he played the Kong part straight. Yeah. Go figure.

slightly off topic and a strange request, does anyone know of any images of the 'bombs' carried by the B.52 in the film, iv a hankering to make a model of one
the front end is pretty easy to find information on its the rear thats problematic as well as an approx length ?

Ever try Google or Flickr ?
i found with this, some Picture:

cheers, many thanks indeed, a lunchtime project with the lathe B)
F

I've often wondered if part of the inspiration behind the Strangelove character (and name) was Robert Strange McNamara.

Flying Sorcerer said:
I've often wondered if part of the inspiration behind the Strangelove character (and name) was Robert Strange McNamara.
Click to expand...

Unlikely, as the movie was based on Red Alert, a 1958 satirical novel by Peter George. At that time McNamara was an executive at Ford.

Joe, have you seen this, from The Lover Hudson Valley Challenger Center E-Gift Shop :-

Lets not forget that this film produced one of the funniest movie quotes of all time...