the Stampe et Vertongen SV.1 and SV.2 were a trainer and tourist aircraft,only
a Projects,the SV.3 was RSV 32/90 but fitted with 215 hp Hawker-Siddeley Lynx
engine.

As always a pleasure to discover new interesting planes. Thanks gentlemen.


I love the Stampe SV-10. I found a bit odd the nose but the explanation is on the side drawing with interior from airwar.ru Some picture of a great model found on the Internet.


I found a basic 3d view maybe some has one better ?


SV.6 version with 260-kW (350-hp) Armstrong Siddeley Cheetah IX
SV.7 version with 378-kW (507-hp) Pratt & Whitney Wasp Junior, also with spoilers under the upper wing
SV.8 version with 180-kW (240-hp) Armstrong Siddeley Lynx IV
SV.9 SV.5 with metal, variable-pitch propeller, and upper wings moved 2 cm (1 in) rearward to improve centre of gravityOf these, only a single SV.9 was built. This aircraft was exported to Latvia, together with a license for production byVEF. Although rumours exist that VEF built examples of the type, this cannot be confirmed.[6]
Click to expand...

Split and merged,
the attached photos were posted by Skyblazer on March 07, 2013:
- The Stampe twin-engine combat multiplace

and by Retrofit on March 07, 2013:
- "In 1934 Two twin engine light bombers and reconnaissance aircraft were built following Belgium AF specifications, the Stampe SV-10 and the LACAB GR8.
On October the 6th 1935, the SV-10 crashed during a test flight with at the controls the designer's son Léon Stampe and the aircraft designer Georges Iwanov. Both were killed."

May I pick up on the fact the crash of the SV.10 occurred on Saturday 5th October, according to both Les Avions Stampe by Reginald Jouhard and the following website, https://www.luchtvaartgeschiedenis....-25-te-borsbeek-léon-stampe-en-georges-ivanow. Anyway I thought I would post some pics from the latter website showing both the aircraft under construction, the rolling out, which had to be done sideways! (sounds like something a friend told me who used to work on Blackburn Beverleys at RAF Abingdon in the 1950s!), the first flight which was carried out by Jean Stampe himself, whilst the second and third flights were, of course, carried out by his son Léon. Finally the crash scene. 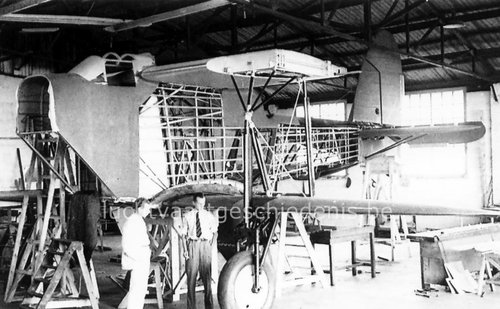 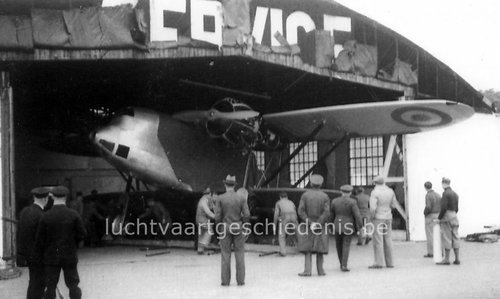 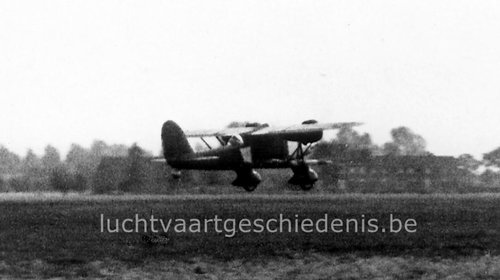 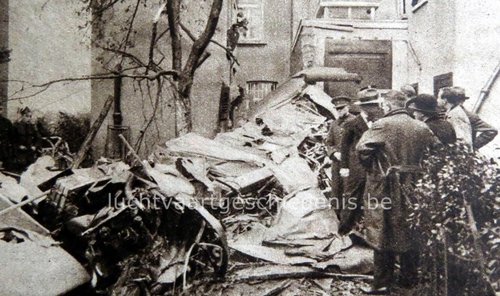 here is early activities to this company.