I came across this interesting article published in the "Revista de Aeronautica y Astronautica" (number 591, March 1990) about an upgrade program proposed in the late 80s/ early 90s for the remaining fleet of Mirage IIIEE/ED, to keep the type in service up into the 2000s.

A little of backstory, the Spanish Air Force (Ejército del Aire or EdA in spanish) was in the middle of an rearming program. This included the substitution of their fleet of F-5, Mirage III and F-4 with the Eurofigther (known as EFA back then), F/A-18 Hornet and AX. After writing off the Phantoms and the delays in the EFA and AX program together with the Hornets not getting IOC until late 1990 they faced a gap in their attack capabilities.

For this reason, a decision was made to design an upgrade program for the remaining 23 Mirage III (designated C.11 in the EdA) that were assigned to the Ala 11 in Manises, Valencia.
The work would be carried by the company ATTORN (A consortium formed by the spanish companies CASA and Ceselsa) and included the following:

-A complete airframe overhaul, extending the service life to 2,500 hours
-Replacing the legacy Cyrano II radar with an Emerson-Electric AN/APQ-159.
-Improved avionics taken from other aircraft in service, this included: A
-YK-14 mission computer, INS, V/UHF, VOR/ILS, radar altimeter, and IFF from the F/A-18
- ADI, Chaff/Flares dispenser and RWR from the Mirage F1
-Encoding altimeter from the C-101
-Refueling probe, together with a single point pressure refueling system.
-four additional hardpoints in the fuselage, each capable of carrying 250 kg (500 lb) of armament
-Capability to deploy AGM-65 Maverick missile
-HUD, two MFD in the cockpit.

The total program cost was set at 23.500 million pesetas (if my calculations are correct, they should be more than 141 million euros)

Now the following the upgrades were left outside but they were considered for a second phase of the program, if additional founding was secure:

A contract that covered the first part was signed on December 28, 1988 with the agreement that the last upgraded aircraft should be delivered by October 12, 1992.

What the article doesn't covers is the end of the program. The reality was that this probed to be to much for ATTORN, by July 1990 the Spanish Ministry of Defense delivered an ultimatum after not seeing any progress on the program.
This led to the suspension of the program and the review of the contractual conditions, which in turn led to CASA becoming the lead contractor with Ceselsa as a subcontractor. Thus lead to an uneasy situation where CASA in order to continue the program had to absorb ATTORN together with any expenditure already made by Ceselsa, which of course never happened.

The Ministry of Defense tired of this situation, canceled the program in August of 1991 after spending more than 6.000 millon pesetas (again, by my estimates 36 million euros) in it.

Here is the full article in case you are interest (pages 233 to 269): http://bibliotecavirtualdefensa.es/BVMDefensa/i18n/catalogo_imagenes/grupo.cmd?path=76371

And here is an artist representation of the upgraded Mirage III (sorry is the best picture I was able to found): 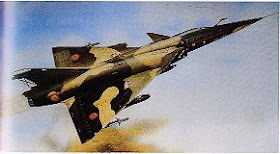 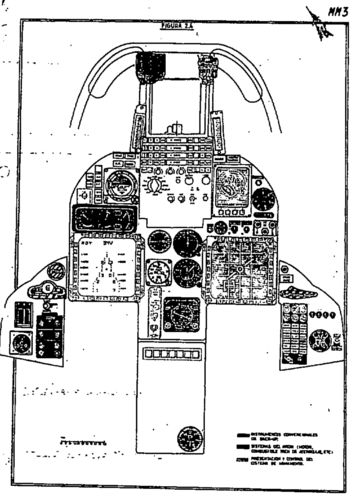 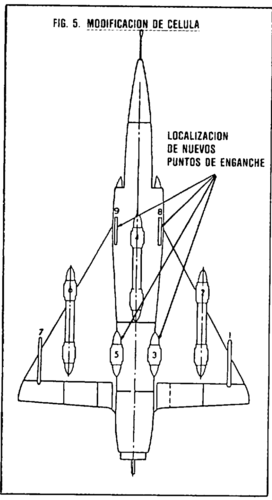 Refueling probe (looks similar to the one in the Mirage F-1): 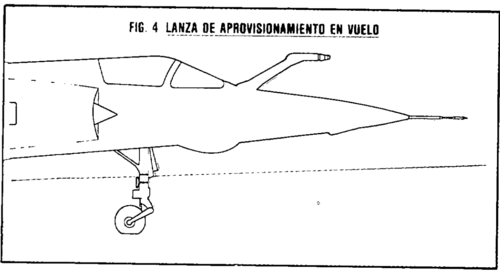 If anyone would have more information or better pictures about this project, I would really appreciate it.

Thanks for these infos. I remember seeing that small color image you posted, thought it was another IAI or Dassault proposal for the Spanish MIIIs, didn't know it was a local project.
Indeed, very small infos on that...
A

Indeed, from memory,
Chile started the "Pantera" Mirage 50FC upgrade project alone (one prototype) then in collaboration with IAI to upgrade their fleet.
Colombia went with IAI to upgrade theirs as Mirage 5COAM.
Argentina upgraded theirs Daggers (Mirage 5s) with Kfir noses with the help IAI.
And Venezuela upgraded their Mirages 5V / IIIEV / IIIDV to 50Vs (Refueling probe, Atar 9K50, a Mirage F1 weapon system, but don't know the specific...) with the help of Dassault.
And Brazil did a small upgrade on their Mirage IIIEBRs (canards), not sure who did it.
Last edited: Apr 10, 2020
A

One puzzling aspect of all this is how Dassault lost control of these upgrades. Must have annoyed them.
First, via Israel and later by others countries going the "do it yourself" way.
Mirage 50 was an atempt to regain control (1979) then the III-NG (1982).
N

An interesting fact is that ATTORN offered this upgrade to the Argentinian Air Force for their Mirages in 1993. The package included all the upgrades, plus canards and strakes and 18 Mirage III EE plus 4 ED two seaters. However it didn’t come through.
A

All this also show - there are not many different ways to upgrade a Mirage III. Canards are a go, followed by nose strakes. Refueling probe is next obvious step. Engine change, too, although too often it is just Atar 9K50 (except Kfir, of course).

More complex: LERX and of course, FBW. By this point you are running into Mirage 2000 territory... yet this did not prevented the III-NG from happening in 1982, with the 2000 analog FBW !
Why Dassault did this in the first place, is beyond me. Not only it could have shot the 2000 sales, but also the very own Mirage F1. The later already conflicted with the 2000 by itself (thanks the Armée de l'Air abysmal RFP / long term planning in the late 60's, don't start me on that).

When you think about it - the F1M53, Mirage 2000C, and Mirage III-NG could have done the exact same job. The Armée de l'Air could have picked one or another indifferently, as their future fighter. Their overall performances were probably very close !
What's worse, even if it was not build in serie, the F1M53 prototype lasted long enough, it may have met the Mirage III-NG and some of the 2000 prototypes, around 1983-85. Would have been interesting to get a flyoff between these three.

@Archibald you are right, I am always puzzled by the marketing decisions made by Dassault regarding the Mirage F-1 and 2000.The way I see it, the 2000 suffered a premature dead in order to redirect more sales to the Rafale. I would love to see a fly-off between the the F1M53, Mirage 2000C, and Mirage III-NG and my money is on this last one.

The Mirage III was a great airplane with a lot of potential for extending it's design and capabilities beyond what was originally required. Just see what the south africans did with the Cheetah.

mmmmh... F1M53 was just a one off anyway, and a generation behind FBW. So as much as the F1 airframe was good, Dassault had to do something to stay in the game, hence the 2000. As for the III-NG, it was a completely another league from the 2000. More an attempt to have a cheaper supersonic fighter to sell for countries that couldn't afford new fighters any more, cause the price kept raising with the new generation (2000, F-16, not to talk about a F-15...).
South Americans countries could almost all buy F-5s , Mirage III/5, but who could go for the next generation ? Only Venezuela bought some F-16s, And Peru an handful of 2000s they had lot of difficulties paying. And now see who can buy some Rafales/Typhoons/F-35s...
This and indeed also the fact that IAI sneaked into the cheap supersonic fighter market with the Kfir and MIII upgrades. For a time, for countries who couldn't afford the new generation (F-16, M2000...) the option was either Kfir or russian stuff. No more MIII/5 or F-5 as competitors for the same price.
I suppose that was the motivation behind the III-NG.
Last edited: Apr 10, 2020
N

Here is the proposed loadout of the upgraded Mirage IIIEE 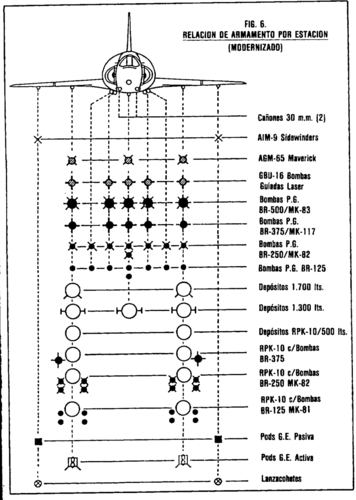