Hello everyone! I hope you all doing fine and safe!
Does anyone have anymore info about this interesting Japanese defense system?

There was no official army program for smoke launchers on armored vehicles. Some troop improvisations were made from available engineer equipment: 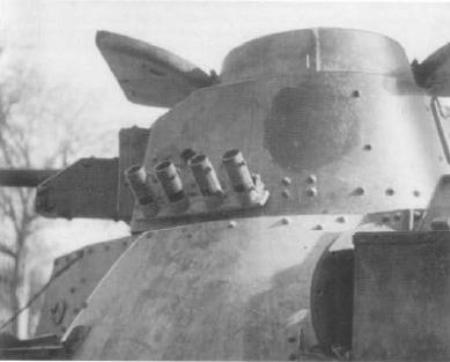 Same as above, standard small smoke candles fired by pulling wires through the pistol port seen above the "discharger" 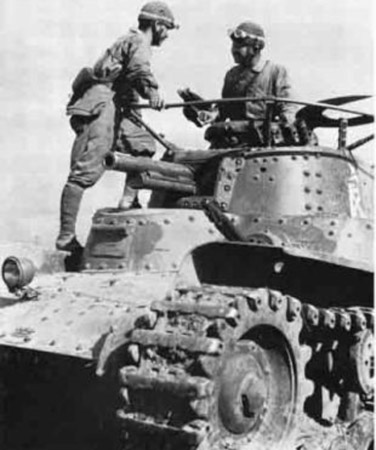 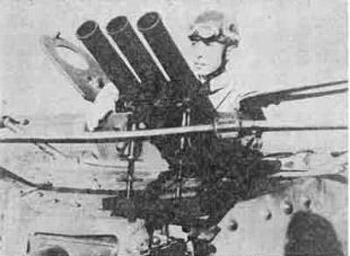 similar system as above but using the large engineer smoke candles 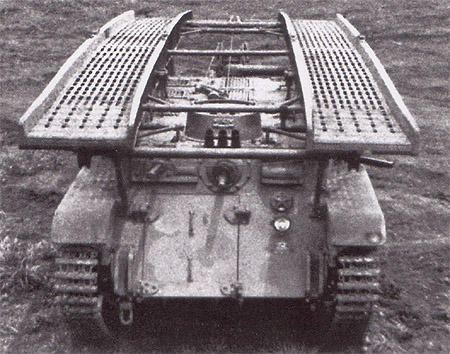 On an Armoured Working Vehicle SS

Thanks tom. This is good pictures.
What book does this came from?
T

These pictures were collected from various websites, my favourite is the forum https://forum.axishistory.com/index.php In my opinion there are only few reliable non-japanese sources on japanese army ground forces topics. But there are many people quite good in everything regarding IJA and IJN on the website mentioned. Maybe you can get further infos in the "Japan at War"-Thread there.


Akira Takizawa said:
a) To be exact, it is not smoke discharger, but a mount of Type 99 self-projecting smoke candle(九九式発射発煙筒).
Type 99 is an official weapon for general purpose. It was used standing on the ground or attached to improvised base. At tank unit, it was attached to tank with a mount locally improvised. So, there are several manners to attach according to unit.

Taki is a special expert on IJA ground forces technologies. I posted my pic 1 on the forum and this is his reply.

Type 99 self-projecting smoke candle. The candle was fired by a pull igniter visible on the top


Data from the US Army "Handbook on Japanese Military Forces"