Hi. I was stupidly browsing pictures on Getty Images and came across this one: 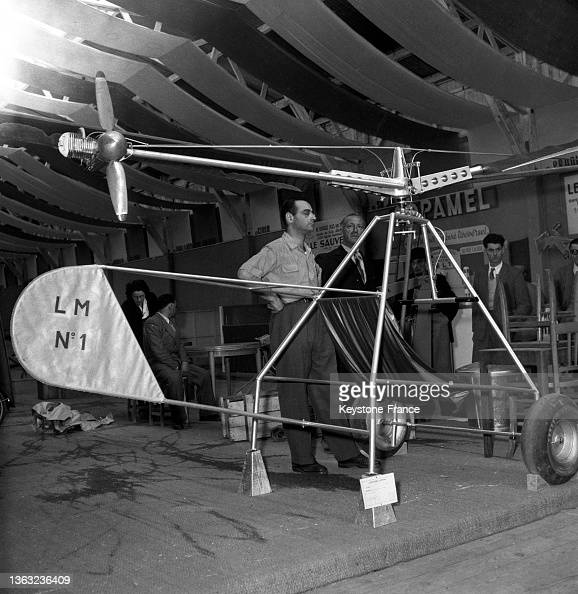 Next I have spend couple of hours trying to find out what it is, but with a little success. I was only manage to fine one mention in one magazine (FRANCE ILLUSTRATION - LE MONDE ILLUSTRÉ from 1953-05-23 >>link to google books<< )
I was able also to find a picture on google images, but the image archive page does not provide this item anymore (page: https://granger.com/results.asp?image=0850883). Indexed miniature:

Anyway, the helicopter itself was presented in May of 1953 at the Inventors Competition (44 Concours Lépine). It has two-bladed main rotor with two single-cylinder engines with two-bladed propellers mounted on the pylons attached to the rotor hub. The propellers were effectively placed in front and just slightly below the main rotor blade's leading edge. So the helicopter may be called a prop-copter. Cyclic control is realized by tilting rotor shaft through a hanging handle. Collective seems to be controlled not by a lever but by a crank. It is a single-seater. The only readable markings is the LM № 1
Majority of those data is just established by me through photo recognition (3 pic from different angles), so does not take it as a firm data at this moment.