Grey Havoc said:
Since I've awoken this thread:
Instrumentation of a High-Speed Surface Effect Ship for Structural Response Characterisation During Seatrials (a short paper on the testing of the KNM Skjold)
Click to expand...

Grey Havoc said:
With regards as to the Skjold-class itself, a brief video:
View: https://www.youtube.com/watch?v=tzvtd1th4ys
Click to expand...

The original patrol boat concept design from which the Skjold-class would evolve.

EDIT: further along in the design evolution; 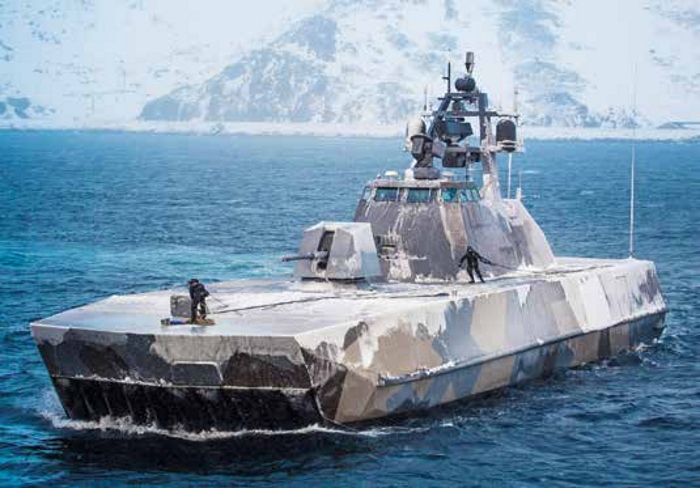 The six SKJOLD Class FAC were built by Kvaerner/Umoe Mandal incorporating the SENIT 2000 combat management system as a joint development of DCNS (now Naval Group) and Kongsberg. A view of Skjold, G…

The origins of the Skjold programme date back to the mid-1980s, when the Norwegian Defence Research Establishment (NDRE) began to study a replacement for the Storm and, ultimately, the Hauk class fast attack craft, which were, respectively, commissioned into the fleet between 1965 and 1967 and between 1977 and 1980. The emerging programme for the new units, which ultimately came to be known as Project SMP 6081, required them to be survivable, stable weapons platforms capable of operating at speeds of 45 knots in Sea State 3, to have a range of at least 800 nautical miles at 40 knots, and to be able to operate outside coastal waters in a variety of scenarios, including NATO operations. In addition, the project office undertook a wide range of studies designed to reduce the vessels’ radar cross-section (RCS) and infrared (IR) signatures.

The Norwegian Navy Material Command (NAVMATCOM), together with Commander Sea Training (COMSEATRAIN), ran several analyses to balance the operational requirements with the likely available budget. For the platform system, no fewer than ten different platforms concepts were initially taken into consideration. Having examined this wide range of replacement options, the study was subsequently narrowed down to a shortlist of three concepts, viz. a conventional mono-hull, a catamaran-hull and an air-cushion catamaran/surface effect ship (ACC/SES).

The studies carried out by NAVMATCOM indicated that shock levels experienced by the SES were only one-third of that of a mono-hull.3 Similarly, the maximum displacement of structural members when subjected to shock was around half that of a comparable mono-hull. These advantages were a direct result of the SES’s elevated position in the water and its low draught. In spite of this, there was some hesitation in adopting the new hull form and a SES passenger vessel was even hired to uncover operational limitations of an SES when compared with the mono-hulled Storm and Hauk classes. Additional confidence was provided through experience gained designing and constructing the Oksøy and Alta class minehunters and minesweepers, which demonstrated the stability and large deck area inherent in the SES-catamaran hull form. Ultimately, the combination of improved resistance to shock and survivability, superior sea-keeping, greater internal volume and high speed-to-power ratio that the ACC/SES provided proved decisive in its selection.

By 1994 all staff requirements were defined and, in July 1995, a Request for Proposals [RfP] was issued. Three yards ultimately submitted bids: the Norwegian shipyards Umoe Mandal and Mjellem & Karlsen and Lürssen Werft in Germany. On 30 August 1996 Umoe Mandal was awarded a c. US$36m equivalent contract to build a pre-production unit, to be named Skjold. Following approval of construction specifications by NAVMATCOM, construction commenced in 1997. The prototype vessel was launched on 22 September 1998 and turned over to the Royal Norwegian Navy on 17 April 1999. At this stage weapons, sensors and combat management systems were not installed and 46 tons of sand ballast was subsequently provided to simulate their wight.

The pre-series vessel underwent comprehensive testing with focus on speed, sea-keeping, EMI/EMC, signatures and functionality, as well as the operational reliability tests – mainly in northern Norway during autumn and winter. There was also a year-long deployment to North America on loan to the US Navy. This initial trials programme had an important bearing on whether to proceed with the series production order and was to result in several changes to the production specification.

In spite of emerging doubts about the value of the programme in the post-Cold War naval environment, a new defence white paper approved by the Norwegian parliament in June 2001 envisaged the construction of five additional units. This decision was subsequently confirmed in October 2003 once terms and pricing for the programme had been provisionally agreed. Subsequently, on 28 November that year, the Material Investment Branch of Norway’s Defence Logistics Organisation (NDLO) awarded the Skjold Prime Consortium (SPC) a NOK3.7bn (c.US$550m) contract to build and equip the five new ships, whilst upgrading the prototype to the same standard. The SPC was an industrial alliance that brought together three partner companies to share responsibility for the delivery of the Skjold platform. It comprised Umoe Mandal (responsible for detailed design, systems integration, construction, testing and integrated logistic support); the Armaris joint venture between France’s DCN and Thales, now merged into DCNS (combat system design authority); and Kongsberg Defence & Aerospace (responsible for delivering and integrating the combat system in cooperation with Armaris). Umoe Mandal’s share of the programme consisted of about NOK2bn; Armaris received approximately NOK1bn; whilst Kongsberg Defence & Aerospace’s (KDA’s) share was valued at NOK750m. The construction of the first of the five standard production units, Storm, began in October 2005
Click to expand... 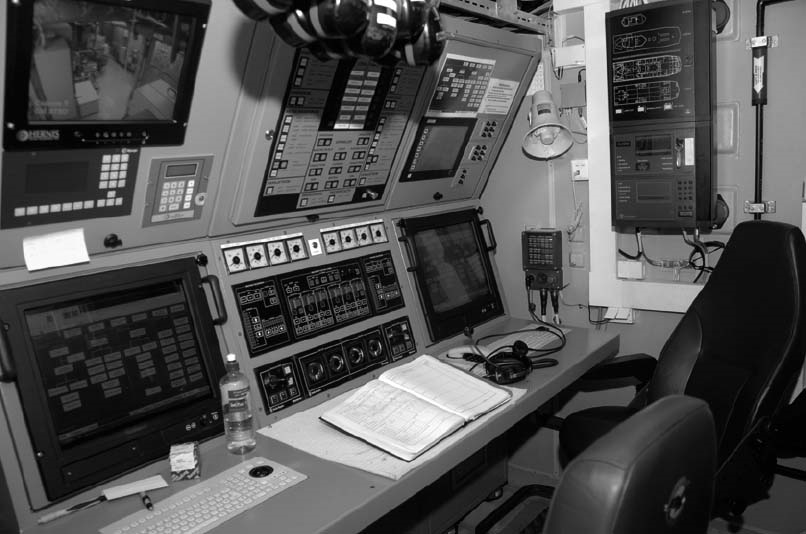 The Skjold class are equipped with primary and secondary machinery control rooms, which also act as the ship’s damage control stations. They provide access to the highly automated L-3 MAPPS integra…