I came across the Saro P.200 brochure at Kew and a file of related correspondence.

The P.200 was designed in 1957 to meet an Admiralty requirement.
The hull was a normal planing bow with a tunnel aft to carry a Pentane A/S homing torpedo. The hydrofoils and rudders were separated to allow the torpedo to be dropped. The craft was powered by a 1,200shp Napier Gazelle N.Ga.3 turboprop driving a four-bladed propeller. Two would be carried on the quarterdeck of a frigate.
Aft of the bow step was a dipping sonar, plans were drawn up to either have a normal dipping type, or a retractable strut-mounted sonar receiver to enable a towing speed of 30kts.
The displacement was 11,000lbs; length 30ft; beam 16ft; rising speed 20kts; maximum speed 70kts (calm) 60kts (rougher weather); range 50nm (25nm to target, 25nm back, 45nm possible if calm and radio contact maintained).

The engagement would be like this: frigate would acquire its target (5-10nm range in North Atlantic conditions, 25nm in shallow waters); P.200 deployed via davits while still underway (slow speed); the missile accelerates to top speed; then the missile slows or stops to deploy sonar to acquire target; homes onto target course; can slow/stop to deploy sonar again if required; terminal course and drops Pentane (or other homing torpedo) over target; cruise back to frigate 40-70kts and recovery. The whole sortie would take 20 minutes for target 5nm away or 50 minutes if 25nm away.

Ultimately it never went any further, model tests in rough conditions went poorly and although Saro had some ideas it was a new area to explore and the Admiralty wanted little or no cavitation over the foils at high speed which Saro could not guarantee could be achieved. Sonar operation from the P.200 was problematic but not impossible. Armstrong Whitworth and GEC were offering Project 525, an A/S missile similar to Malafron and Napier was offering Seahorse, a slightly smaller design. At this time the Admiralty were already experimenting with the Fairey Ultralight, Westland had proposed their licence-built S.55 and Saunders-Roe's own P.531 (later the Westland Wasp) was about to become the Admiralty's favoured anti-submarine stand-off weapon.

Hello everyone
What is old is new isn't DARPA sponsoring a Asw platform with a similar mission?
J

I wonder how it relates to the work on the original SARO built Bras D'or R-103?

Looks like it uses a simplified version of the ladder foils of R-103. 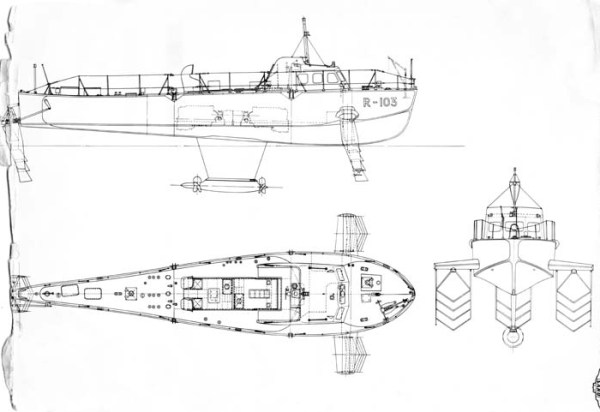 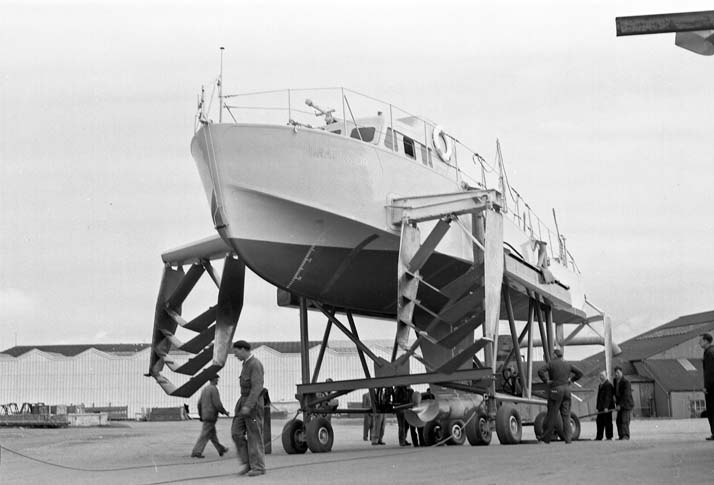 Hood said:
I came across the Saro P.200 brochure at Kew and a file of related correspondence.
Click to expand...

Just a shame it couldn't go ship to shore to pick up the mail. No need for a helo then.

Yes, the foils were based on the R-103 and work done for the Bras D'Or, but Saro may have changed the configuration further had further trials been undertaken.
Engines considered included piston engines (including Leonides, Merlin), RR Dart, and small turbojets like the Soar and Viper but the Gazelle won on power/weight and jets were too thirsty. A boosted version with one Gazelle and two Soar was considered but dropped.

I've attached a few more sheets, the preliminary design and the Asdic configurations.

Hood said:
Yes, the foils were based on the R-103 and work done for the Bras D'Or, but Saro may have changed the configuration further had further trials been undertaken.
Click to expand...

This type of foil configuration is self stabilising. The inverted T foil configuration requires some form of stablisation and control to keep the foils underwater. Fully submerged foils are more efficient and run smoother (less falling off the foils) but would require a control system and human operation.
Share:
Facebook Twitter Reddit Pinterest Tumblr WhatsApp Email Share Link