Thanks to Amsci99 I have been sent a brochure for the Sadleir P-25T VSTOL concept - its a comparison to the Bell/Boeing V-22 dated August 1992. Needless to say the Osprey comes off second best I also have a VHS video showing tethered model tests.

It is A3 landscape format so scanning may prove challenging.

It is A3 landscape format so scanning may prove challenging.
Click to expand...

You can scan it as two A4 segments and join it with the help of a photo editor.

I'm aware of that, its just more work, also I can't use my A4 sheet-feed scanner ;D

I can't use my A4 sheet-feed scanner
Click to expand...

Most commercial print shops should have an A3 sized scanner. I'm sure they would let you scan there for a small fee. Of course I'm not sure if this kind of advanced technology is available in New Zealand? ;D

Nah, I'll do it with my A4 flatbed scanner. We're a two scanner, two printer, four computer household

Shouldn't the title read "Sadler"? Or is it a different company?

Funnily enough I knew this when I posted it, hence the use of "Sadleir" :

I will post something soon. It looks like it was drawn with a crayon though, not very confidence boosting in the company or concept.

I have some imagery from an early 1990s edition of Jane's All the World's Aircraft which detail the Sadleir 'rotor-in-wing' VTOL designs. They include some nice looking CGI models of various sized aircraft and a sub-scale flying model. Which basically fills the guy's backyard. Of course at the moment my office is being remodeled and they are in a box somewhere...

I think for a while there Sadleir was pretty serious but just lacked the venture capital to leave the backyard and takeoff. That and the difficulty of getting a lot of vertical lift out of a ducted fan limited in size to the centre section of a compound wing. But they weren't an investment scam like some pusedo aerospace companies we could all mention...

Begul may be more successful in attracting investment than Perth, Western Australia-based Sadleir VTOL Aircraft. Since about 1991, the firm has been marketing unconventional VTOL aircraft. Sadleir's designs show vertical lift being provided by a ducted fan housed horizontally within a delta wing. This exhausts through underwing ducts with rotating vanes which Sadleir's drawings indicate would be connected to a "joy stick". In forward flight, upper and lower doors would close to provide a conventional aerofoil. Sadleir foresaw vehicles with top speeds exceeding Mach 1, and gross weights reaching 50t.

Although copious, the technical literature failed to gain the unanimous endorsement of aerodynamicists and aeronautical engineers. Sadleir did, however, produce and circulate video footage of tethered trials of a small model of the lifting device. These revealed convincingly that the device's thrust exceeded its weight. Lately the company has not been contactable.
Click to expand...

Sadleir named his design concept the "Cruisefan", which has an unfortunately side effect when you enter it into Google...

"This is what I call a target-rich environment."

Future strategy envisages approach to other companies with the object of collaborative development and offer of technology to industry under license. 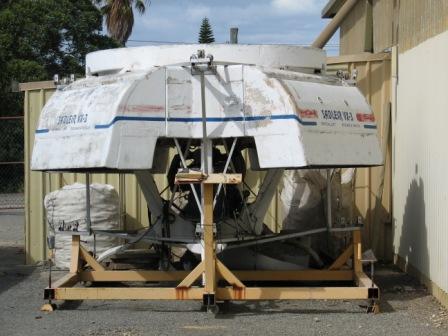 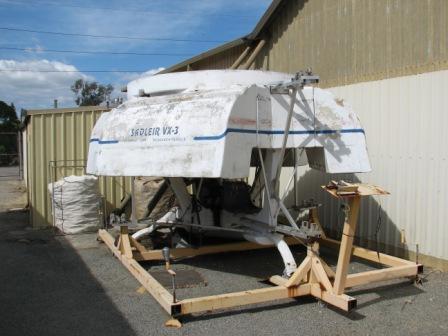 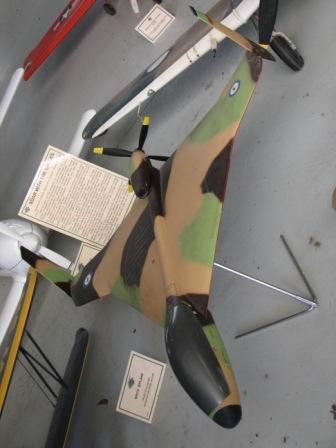 here is some Sadlier concepts;

Triton said:
Future strategy envisages approach to other companies with the object of collaborative development and offer of technology to industry under license.
Click to expand...


Is there any connnection with the Sikorsky SCAT concept presented in a NASA report, dated August 1991?
BTW: I am wondering what SCAT acronim stands for?