The first launch of the Gonets-M communication satellites on the Soyuz-2.1b launch vehicle is scheduled for late September. This was reported by TASS a source in the rocket and space industry.

“The first launch of the Gontsov this year is tentatively scheduled for September 20,” the source said. According to the source, the Soyuz-2.1b rocket will be launched from the Plesetsk cosmodrome.
Click to expand...

The search for the #benzene in the ISS atmosphere will be resumed at the end of July, when #ProgressMS15 brings new AQM device to the station. The AQM-1 previously used to monitor the air composition failed due to the short and cannot be repaired in orbit. https://ria.ru/20200624/1573395980.html
Click to expand...


Following the discussion by the Russian Defense Ministry of the close satellite approach between the Kosmos-2543 inspector satellite and te Kosmos-2535 target, a new debris object has been cataloged in a 505 x 784 km orbit associated with Kosmos-2543.
Click to expand...


Object 45915 appears to have separated from Kosmos-2543 at about 0750 UTC Jul 15 at a fairly high relative velocity (I don't entirely trust my code here so someone else should look at this)
Click to expand...

On-board camera view of the launch of Progress MS-15 today: 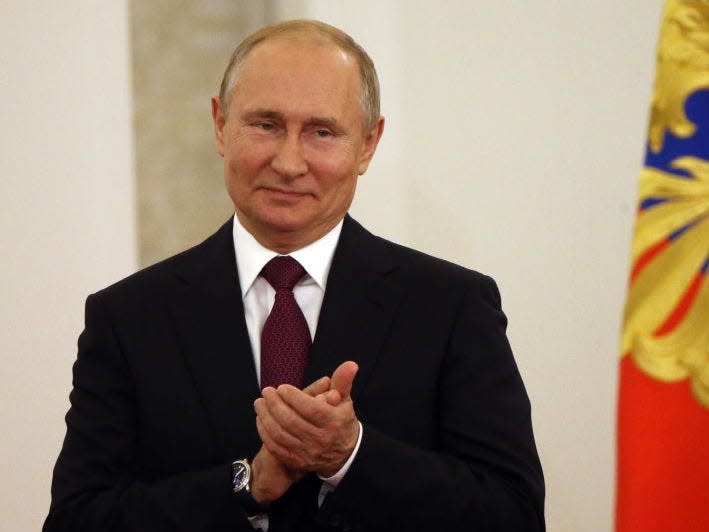 The Russian satellite launched a mysterious projectile during the test, mimicking a test the Russians carried out three years ago, the US said.

1/2 Yesterday Dmitry Rogozin gave another interview to Vladimir Soloviev in Sololoviev Live. Nothing new was actually said, but I want to mention two points:
1. MLM #Nauka wasn't sent to Baikonur yesterday as planned. But it will be sent to Baikonur by the end of July.
Click to expand...

Also apparently Angara A5 is being in preparation for transportation to Plesetsk. Which is interesting, didn't knew it's gonna fly this year.
F 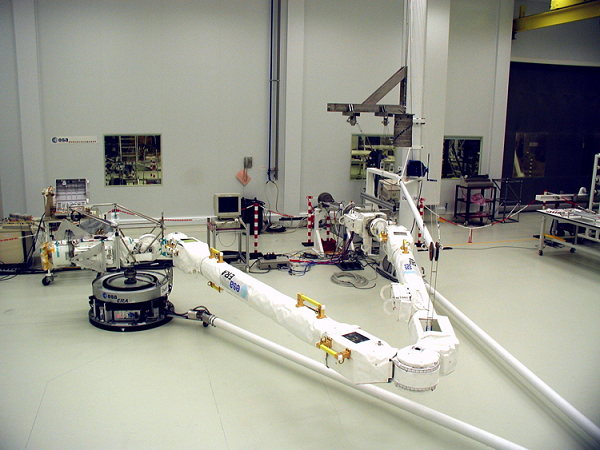 novosti-kosmonavtiki.ru
European specialists at Baikonur began to prepare the ERA robo-arm for launch on the ISS
Google translation

"Experts from ESA and Airbus Defense and Space arrived at Baikonur on October 22 and started working with the ERA manipulator on October 23," Pischel said.
According to the head of the ESA permanent mission, the specialists will work at the cosmodrome in close cooperation with representatives of the Energia Rocket and Space Corporation until early - mid-November. "This is the first of several planned trips of ESA specialists to Baikonur as part of the preparation of the manipulator for launch," said Pishel.
Click to expand...

The spacecraft of the British company OneWeb arrived at the Ignatievo airport (Blagoveshchensk) on an An-124-100 aircraft. Specialists of the Vostochny Space Center (a branch of the Center for Operation of Ground-Based Space Infrastructure Facilities, part of the Roscosmos State Corporation) have already transported them to the Vostochny Cosmodrome, where they will be prepared for the launch scheduled for December 2020 on the Soyuz-2.1 carrier rocket b "with the Fregat upper stage.

This launch will be the first fully commercial from Vostochny. In addition, it will also be the first launch for OneWeb by the French company Arianespace from this launch site. Glavkosmos (a subsidiary of the Roscosmos State Corporation) is responsible for launching OneWeb vehicles using Soyuz-2 launch vehicles under contracts with the French company Arianespace and the Russian-French Starsem.

On November 2, 2020, two dispensers and auxiliary ground equipment were delivered to Vostochny for OneWeb spacecraft. From November 12 to December 1, in accordance with the technological schedule, work is underway to refuel the Fregat upper stage, after which it will be delivered to the assembly and test building for the assembly of the space warhead.


A draft decision of the government of the Russian Federation has been published, which mentions the insurance amount for MLM #Nauka. it may amount to 17.7 billion rubles. https://tass.ru/ekonomika/10109069
Click to expand...

Not often you see a Soyuz launcher scrub on the weather.

Russian spaceport officials are being sacked left and right

Dmitry Rogozin seems to be doing a good job of spreading the blame around.

Soyuz Flight VS24: Mission success at the service of the United Arab Emirates - Arianespace

The launch of MLM is delayed again.

Just into space: RAS scientists create a breakthrough engine for satellites
It will use metal-dielectric plates as fuel, the supply of which will last for 10 years of autonomous operation.
Denis Gritsenko
January 13, 2021

Russian scientists have proposed a qualitatively new type of engine for work in outer space. It is based on the principle of plasma excitation using a microwave spark discharge. Such a unit can be installed on small-format satellites. Unlike the gas-fueled satellite engines common today, the new device will use special metal-dielectric plates as an energy source, the supply of which will be enough for 10 years of autonomous operation. A plate with a radius of 10 cm can replace 1.5 thousand cubic meters of gas fuel. In the future, new engines can be used to explore the solar system.

Scientists of the Institute of General Physics named after A.M. Prokhorov Russian Academy of Sciences are ready to create a prototype of a new type of engine for operation in outer space. According to their idea, the movement should occur due to the use of a new type of discharge described by them, which arises in a gaseous medium as a result of the action of microwave radiation. Physicists called it the microwave spark discharge (MIR).

- The engine offered by us has a number of advantages. The main one is that a metal-dielectric disk is used as a solid fuel in the system, '' said Igor Kossyi, head of the laboratory of gas-kinetic phenomena in the microwave discharge of the GPI RAS.

With the help of MIR, it is possible to act on a metal-dielectric material in such a way as to excite a plasma, which will propel the aircraft forward. The power of such an engine will be relatively small, but sufficient for driving in a vacuum. Therefore, the developers propose to start using it on light small-scale near-earth satellites, which are in demand today in Russia and in the world.

The source of electromagnetic radiation in the new engine can be a standard magnetron used in conventional microwave ovens. The dimensions of the equipment are 50x50x100 cm, weight - 2 kg. The cost price of the new unit is about € 1 thousand.

The engine requires a metal dielectric plate as fuel. For example, a Plexiglas disk 10 cm in diameter and 2 cm thick can serve as a source of 1.5 thousand cubic meters of gas, which is necessary for plasma generation. Solid fuel will significantly reduce the size of the satellite due to the part of it that stores the gas in cylinders used today for the movement of spacecraft. According to the calculations of the GPI RAS specialists, the supply of the fuel dielectric on board the small spacecraft may be sufficient for 10 years of autonomous operation.

The complexity of the implementation of the proposed engine and its analogs - in a relatively weak thrust. The power of the mechanical impulse that the satellite acquires as a result of the operation of the device is small. But the authors of the development have an idea how to enhance this characteristic. Current calculations of mechanical impulse have been made from a motor design in which microwave radiation is applied directly to a metal-dielectric surface. If the microwaves arrive at the plasma-generating surface, passing through the radio-transparent thickness of the dielectric disk, in theory this can significantly increase the mechanical impulse. But the hypothesis has yet to be confirmed during the experiment.

Wait for the tests

Experts in the field of space technology, interviewed by Izvestia, reacted to the proposed technical solution of the GPI RAS with cautious optimism. From their point of view, the idea of a plasma engine is interesting, but for the final assessment, you need to wait for its embodiment "in hardware".

“The concept of the engine proposed by Russian scientists has an important advantage: the working fluid in it is initially in a solid, not a liquefied state,” said Alexei Baigashev, head of the Astronomical Society of the Immanuel Kant Baltic Federal University.

According to the expert, all other things being equal to the engine, this will significantly reduce the volume occupied by the fuel, simplify storage, transportation and preparation of the spacecraft for launch. The key issue is testing the stated concept in a real spacecraft. Probably, after the development of a new engine and its ground tests, the researchers will launch a test microsatellite, which, with its low mass and cost of launching into orbit, will allow to fully study the operation of the propulsion system in real conditions.

“Implementation of an ion engine with such a plasma source requires a constructive solution and testing in experiments,” noted Oleg Tsybin, professor at the Peter the Great St. Petersburg Polytechnic University's Higher Engineering and Physics School (the university is a participant in the 5-100 education competitiveness project).

We need practical solutions to the problems of materials and technology of a solid surface, its resistance, destruction, thermodynamics, the type and acceleration of ions, their neutralization, the expert explained. After solving them, the advantages and disadvantages of the engine and its capabilities will be more clear.

It is possible that the MIR engines will be useful in a situation when it is necessary to save chemical fuel and correct the ballistic trajectory for a long flight time, believes Alexander Efremov, director of the Educational and Scientific Institute of Gravity and Cosmology of the RUDN University.

“However, so far we have no data on their parameters and capabilities,” he said.

The advantage of a potential installation based on a microwave spark discharge, if it is operational, is an accelerated flight to various celestial bodies without the consumption of a working medium, or with minimal consumption. However, such a technical solution still raises questions, since it has never been practically implemented, said Denis Malygin, candidate of technical sciences, chief designer of the Astronomicon laboratory and employee of the Department of Photonics at ETU LETI. Experimental data do not unequivocally confirm or refute the performance of such an installation, this is due, among other things, to the small value of the expected effect, comparable to the measurement errors, the expert noted.

Such engines with ionic thrust are applicable only in space vacuum and cannot move vehicles through the atmosphere, Denis Malygin argues, since ion engines do not work in the presence of ions outside the engine. Such devices have a high power consumption (1–7 kW), and power generation on small satellites is very limited. Moreover, to achieve acceleration, a new type of engine requires a long work, which again brings back to the question of satellite power, he added.

- Interesting idea. It can find application in shunting engines, which are used in the orientation and stabilization systems of spacecraft, ”said Anastasia Khramtsova, head of the Aerospace Systems direction of the FEFU design center.