A quick search seemed to indicate that I hadn't posted this before. Concept artwork of an LPD(R) design with somewhat different self-defence armament than the final version... (VLSW and 30mm)


This was one of the studies my boss (David Andrews) carried out as part of the future amphibious shipping studies when he was in the MoD. 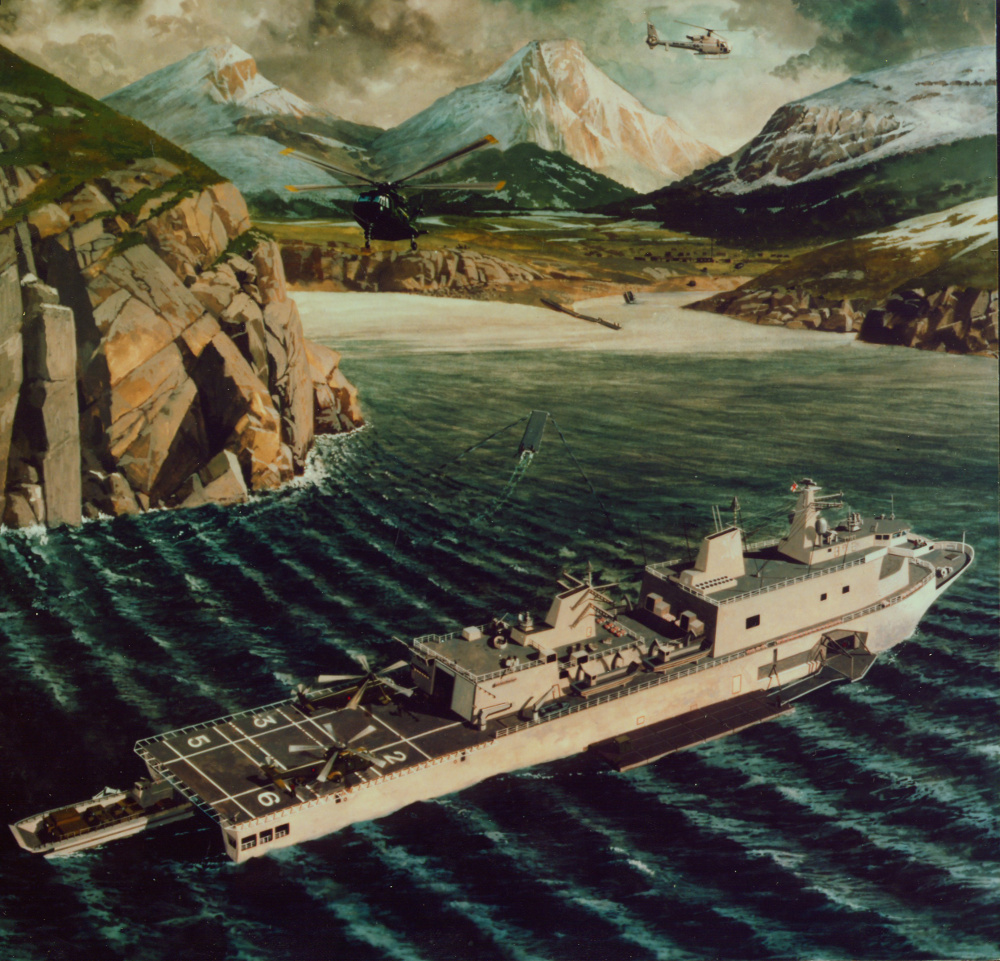 Thanks for posting. Looks like a total of 32 VLSW; seems to have been something of a standard fit- its what the RFA Fort Victoria class got (or were meant to get should I say) as well as the T23. Perhaps not unsurprisingly the background is reminiscent of Norway.

Thanks for that Richard. Any date for it?
R

Obviously this is the version with a hangar (and Sea Wolf - that's new on me!), so presumably has the full complement of Senior Rates' accomodation and geared diesel drive? I've heard rumours, but hadn't seen any indication of the original design's characteristics. Do you (or Prof. Andrews) happen to know if the principal characteristics were substantially different than the ships that were built?

Is it just me or does that LCM/Mexefloat heading for shore look like it has capsized? Not good!

Had the same thoughts at first, but the thing, lying besides the LPD looks more or less the same. Maybe
a kind of mobile pier ?


The thingy alongside the LPD is a Mexoflote transfer platform I think. The perspective was always a bit off in these paintings because they only had 2D drawings to work from.


I've put your questions to Prof. Let's see what he remembers.


Regarding the propulsion; I worked on a Design for Production project which used a *very* late version of the LPD(R) design which was still geared diesel drive. The switch to diesel electric propulsion occurred at an extremely late stage. This had a number of very undesirable consequences on the design, surprising no-one, which were brutally laid bare by the ex-MEO at an (unclassified) INEC conference in 2004. I would note that they were subsequently fixed in refit.

@ Grey Havoc, thanks for that. I wondered where "mexe" came from...

Well, I had an interesting discussion with Prof. about this. Didn't quite get to the point of finding out exactly at which point in the design this represents however...

It seems that the story of the gestation of the LPD(R) is something of a tale of woe, and a tale that is only for telling at the appropriate point in time. :-X

Sticking to details, when Prof. took over as PM there was a well worked up spec for the ship, but the combat system was a bit woolly.
Three one year feasibility design contracts were then given to teams of NA and CSEs, with the idea that the cheapest solution compliant with the requirements would be selected. The teams were:

As it turned out, none of the designs were completely compliant and after A Long Process About Which Something May Be Written When The Time Is Right :-X , a smaller design with reduced requirements was handed to VSEL / Barrow on a NAPNOC basis.


Now I know this isn't the VSEL design because I have an image of that from a VSEL brochure (I'll post it when I can find the paper version and the date) and that has Goalkeeper *AND* GWS-26, which makes my CSE parts happy. B)

We *think* that this is either the Govan/BAES design or the final indicative design handed to VSEL ??? . FWIW I can see it being either of those *or* the "Dream Team" design of Swan Hunter and Ferranti.

Perhaps I will be able to extract some more information later. I have the bright lights and hoses on standby.

RP1 said:
It seems that the story of the gestation of the LPD(R) is something of a tale of woe, and a tale that is only for telling at the appropriate point in time. :-X
Click to expand...

Why does that not surprise me?

This illustrative design shown in the picture dates back to 1987 and probably shows a more complex ship than the one which [sic] is likely to emerge from project definition. Two helicopter landing spots. Subtantial command and control facilities will be included.

Some pictures and description of mexeflote operation can be found here.

EDIT: From the article - 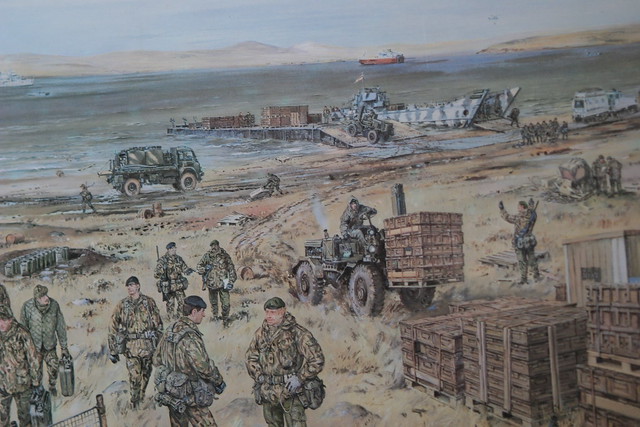 Great pics thanks for posting!!

A couple of things related to RN amphibious plans from the early 1990s:

Has anybody got any images of the Swan Hunter proposal for the LPH programme (that was won by VSEL with the design that became Ocean), Google Books suggests that an artists impression made it into some Jane's publications around 1992, it would be great to see such an image.

Also, RP1, you mentioned that you have an image of the VESL proposal for LPD(R), are you able to post it?

From what I recall at the time the LPD design was cut down to size to save costs which took a deck level from the superstructure and removed the hanger.