This "Varga RMI-11" is part of Alternate History fiction

here is a picture to article from Icare magazine,spoke about Henri Coanda's design of flying saucer
fighter Project,I think it was not real, right ?.

Thank you my dear Deltafan,

but maybe there is a little chance to be a real design ?.

are those just a hypothetical designs ?.

Not the one in the middle of that picture ...

Jemiba said:
Not the one in the middle of that picture ...
Click to expand...

all them real concepts ?.

hesham said:
Hi,
are those just a hypothetical designs ?.
Click to expand...

Picture has a caption. What does it say, Hesham?

Google translate is your friend

In the wind tunnels of ITPM SO RAN, various configurations of hypersonic aircraft.

Schneiderman said:
Google translate is your friend
Click to expand...

OK my dear Flateric,and thanks.

is that a real design aircraft or not ?.

Made for movies,a fake flying car.

The thrust vectored nozzle on the F-16 is definitely fake hesham, but I remember seeing photo's featuring an F-15 with TVC nozzles like that being tested back in the early 1980's.

What Flateric added now, we could have had from the start, making things quite clear.
It's not just a kind of legal matter, it's also just fair against the other members, who don't
have to do research, where a photo, drawing or snippet of text comes from.

and many thanks to all my dears.

A weird Me-163 "Prototype" found here : http://www.diethelm-glaser.net/modelle/flugzeuge/Mod-Fl2WK_72-D_Prototypen.htm
Called "Messerschmitt Me- 163 B-1 Rocket Engines Prototype" on the webpage. 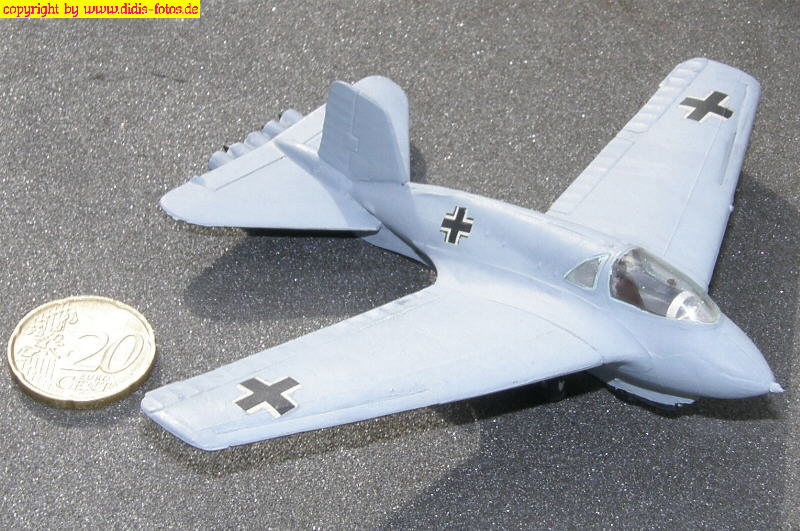 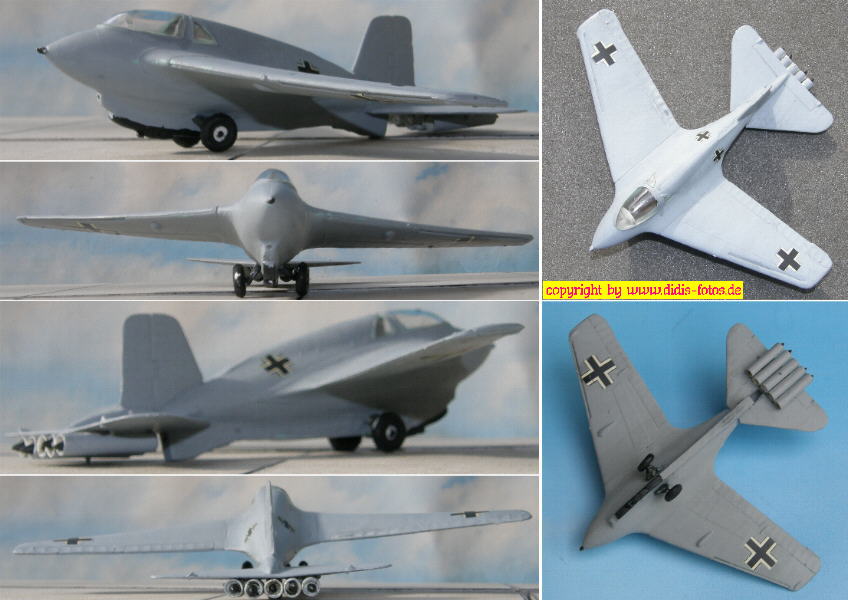 From a post-war Italian magazine (sorry , I don't remember which one) , a piloted bomb derived from an interceptor :
Click to expand...

It's a rocket interceptor,here is the whole story from Oltre il Cielo 1958-3,who speaks Italy
can tell us if it was real or fake Project.


here is the Fokker D.XXV,of course this Model is for a fake aircraft,but the drawing looks
like a real design,who can recognize it ?.
Click to expand...


here is the Fokker D.XXV,of course this Model is for a fake aircraft,but the drawing looks
like a real design,who can recognize it ?.
Click to expand...

Thank you my dear Airman,

and from Oltre il Cielo 1958 04,I can't ID of those Projects were real or hypothetical ?.

hesham said:
and from Oltre il Cielo 1958 04,I can't ID of those Projects were real or hypothetical ?.
Click to expand...

From the same source,anther mystery ?.

I don't know if it was a real rocket powered glider or what ?.

I don't know if the artist drawing indicate to a real concept or not ?.

hesham said:
I don't know if the artist drawing indicate to a real concept or not ?.
Click to expand...

Looking very much like the XF-92A with Allison J33-A-29. Scott Crossfield reported the aircraft being "sluggish and underpowered". I'd suggest that the sketch represents the XF-92A prototype as it might have appeared with a more powerful afterburner fitted.

hesham said:
and from Oltre il Cielo 1958 04,I can't ID of those Projects were real or hypothetical ?.
Click to expand...

Many thank to you my dears Apophenia and Michel,

and for my dear Michel,here is the other two texts in big view.

are all those aircraft drawings a hypothetical designs or not ?.

I don't know if it was a real rocket powered glider or what ?.
Click to expand...

what there any real design between those drawings ?.

I think it was a hypothetically Russian manned rocket-powered aircraft,maybe based
on Lavochkin La.350 Burya,am I right ?.

Is this the next big propulsion breakthrough? Or is the Navy messing with us?

"the Chief Technical Officer (CTO) of the Naval Aviation Enterprise personally
wrote a letter addressed to the examiner claiming that the U.S. needs the patent
as the Chinese are already “investing significantly” in these aerospace
technologies that sound eerily similar to the UFOs reported by Navy pilots in now
well-known encounters. This raises the question, are the Chinese developing or
even already flying craft leveraging similar advanced technology and is the Navy
now scrambling to catch up?"


"the unorthodox circumstances surrounding the approval of this patent have us
wondering why the Chief Technology Officer of the U.S. Naval Aviation Enterprise,
Dr. James Sheehy, personally vouched for the legitimacy of this beyond-
revolutionary aerospace technology in the Navy’s appeal to the USPTO. Sheehy
assured the patent examiner in charge of this application that the aircraft
propulsion method described in the patent is indeed possible or will be soon based
on experiments and tests NAWCAD has already conducted."

Welcome aboard Dumpster at first,

but that need confirm,I suspect in it.
D

More info on the "UFO" Patent I posted about earlier:

"Last month, The War Zone reported on a series of strange patent applications the U.S. Navy has filed over the last few years and questioned what their connections
may be with the ongoing saga of Navy personnel reporting incidents involving unidentified objects in or near U.S. airspace.

We have several active Freedom of Information Act requests with the Department of Navy to pursue more information related to the research that led to these
patents. As those are being processed, we've continued to dig through the U.S. Patent and Trademark Office's (USPTO) Public Patent Application Information
Retrieval database to get as much context for these patents as possible.

In doing so, we came across documents that seem to suggest, at least by the Navy's own claims, that two highly peculiar Navy patents, the room temperature
superconductor (RTSC) and the high-energy electromagnetic field generator (HEEMFG), may in fact already be in operation in some manner. The inventor of the
Navy's most bizarre patent, the straight-out-of-science fiction-sounding hybrid aerospace/underwater craft, describes that craft as leveraging the same room
temperature superconductor technology and high energy electromagnetic fields to enable its unbelievable speed and maneuverability. If those two technologies are
already operable as the Navy claims, could this mean the hybrid craft may also already operable or close to operable? Or is this just more evidence that the whole
exotic 'UFO' patent endeavor on the Navy's behalf is some sort of ruse or even gross mismanagement of resources?"