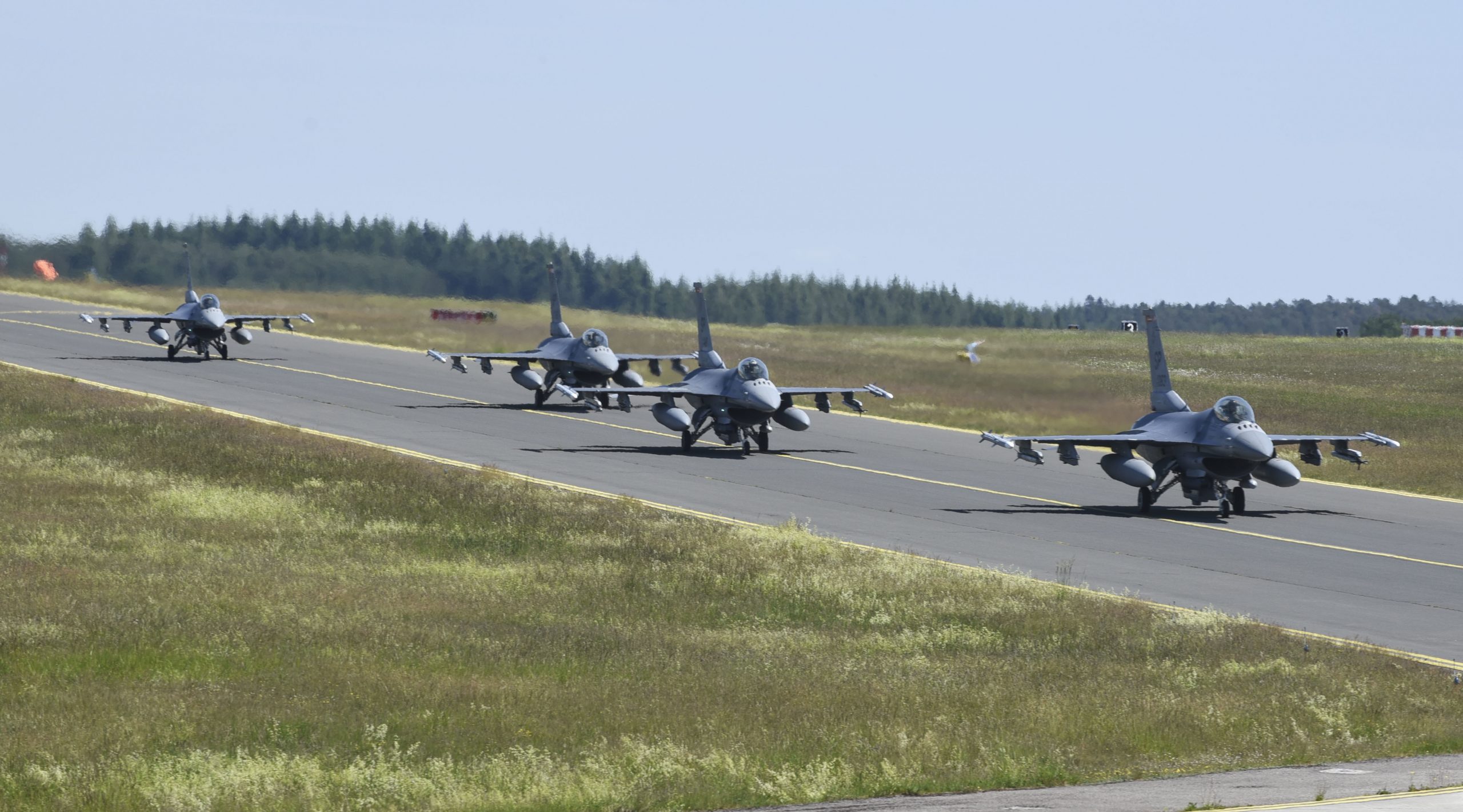 The Pentagon will begin to wind down the U.S. military presence in Germany, pulling out Air Force F-16s and nearly 12,000 people from American bases there.

Its all part of Plan to withdraw 18/19000 personnel from Germany and re deploy them to their places.

Moving personnel alone is going to cost the US a bundle, and will weaken their position in Europe.

They are (And rightly so) encouraging we Europeans, to defend ourselves. Why they carry so much of the weight is a matter of great shame for European nations. It should be.
A

Crap - Mildenhall, the mythical (former) SR-71 base in Europe ? sad to see it going under.

I kind of agree... this smells like a relic of Cold War. Putin is a threat, make no mistake - but rather a cyber-threat than a big military one.

By contrast China megalomaniac ambitions matches their (megalomaniac) military might and buying / building spree, particularly in the Pacific.

The COVID and Trump era might be a turning point. Trump at least clearly said he did not gave a frack about Europe; while as far as COVID crisis goes, Europe scored somewhat better so far.

Maybe the time has come, indeed, to defend ourselves alone. Heck if that can push Germany to rearm with France, the better.

Germany has been a very convenient forward staging base for the US military. I think the US government is shooting itself in the foot with these actions.
Of course, if the USA is intent on reducing its military influence in the world, this is exactly the right thing to do.
Last edited: Jul 30, 2020

Archibald said:
Crap - Mildenhall, the mythical (former) SR-71 base in Europe ? sad to see it going under.
Click to expand...

Reread it. Mildenhall is not closing under the new plan.

It was actually clear to most military and foreign politics observers here in Germany, that AFB Spangdahlem will be closed as soon as the USAFE F-16CJs retires. Even my family relatives in the Eifel area knew that. Now the decision came earlier.
The 52d Munitions Maintenance Group with the expertise in special weapons (B61) will probably move to Kleine Brogel Air Base, Belgium or to Volkel Air Base in The Netherlands.

IMHO the future F-35As and the F-15E(X)s of the USAFE will be permanently stationed only at the RAF Lakenheath, UK and at the AFB Aviano , Italy. Some fighters will be temporary stationed at so-called front line bases in Poland, Romania, Baltic States etc.
It was also clear, that the big and newly refurbish bases at Ramstein, Landstuhl and Grafenwöhr won't be affected by this decision.
If Mrs. Clinton had been PotUS and Mr. Biden might be the next PotUS, the decision might be nearly the same.1). Just communicated in a more diplomatic way and tone and over a longer period of time.
BTW, both the far left and the far right here in Germany are pleased with this decision.

(1) Sorry for any nightmare visions.

It seams, that Spangdahlem AFB will not be closed in the foreseeable future.

It's a decision for each nation as to how much it prioritises defence. Other nations can criticise that, but when they propose moving the assets pulled out of Germany because of its low spending into nations spending even less, then the suspicion that personal bias, rather than rational strategy, is swaying policy has to be considered.
Share:
Facebook Twitter Reddit Pinterest Tumblr WhatsApp Email Share Link
Top