The Howard Aircraft Corporation of Chicago does not seem to be covered anywhere on this forum, and it's a great injustice considering the beautiful racers and utility transport types they produced. That's probably because they are all either very well-known and documented or not considered as rare or "secret". The company's DGA-18 though, was a much less known low-wing radial-engined tandem-seat primary trainer that remained a prototype. It was briefly marketed for both the civilian and military markets as the DGA-125 (after its engine power) and more powerful DGA-160. The outbreak of the war killed all prospects for the civilian version; the success of the Fairchild M-62 Cornell and Ryan ST military trainers doomed the DGA-125 to oblivion.
I have just become aware of there being what seems like a development of the DGA-18, an enclosed cabin derivative with comparable dimensions but slighly increased wing area and retractable gear. Could it have been a competitor of the Fairchild PT-23? Or the Ryan PT-25? Whatever the purpose, it remained a paper project only.
The plan below was found on eBay and is entitled "Scale Comparison of Howard DGA-125 and RP(?) Primary and Secondary C.P.T.P. Trainers". It is dated October 30, 1940. I do not know what the complete designation of the "RP" was as the zoomed photo doesn't show it in full (it could be RPT). I believe "Secondary trainer" is just an alternate wording for "Advanced trainer". According to Wikipedia, the Civilian Pilot Training Program (CPTP) was "a flight training program (1938–1944) sponsored by the United States government with the stated purpose of increasing the number of civilian pilots, though having a clear impact on military preparedness."
Anyone ever heard of that advanced trainer proposal by Howard before?


of course I know Howard company,but I also heard about DGA-145,with
145 hp Warner Super Scarab engine,may it wasn't it,but the company
had many gaps in its series,and that aircraft may be one of them.

Wonderful stuff, thanks for sharing, new to me but a very attactive design and the overlay of the two was clearly meant to show that the advanced trainer was so similar to the original primary trainer that it would be a low-risk proposition. Too bad it remained on paper. Cheers, Matthew
S

Interesting info from The Vintage Airplane (August 1974): Two freighter projects that never came to existence under Howard but were apparently copied and built by others... Any ideas? The only transport project by Howard that I know of is this undated "Howard-Nebesar" twin-boomer:

Answering my own post because I actually found one of those Howard projects tonight, in an old Howard advertisement...

Great find my dear Stargazer for the second project,


and for Howard-Nesebar aircraft,we displayed it here with some details in Les Ailes
Journal;

Skyblazer said:
Answering my own post because I actually found one of those Howard projects tonight, in an old Howard advertisement...
Click to expand...


here is a more info and drawings to Howard project;


here is anther artist drawing to a Howard Cargo airplane,page 34;

Here's the part of the article that talks about the Howard project:

Skyblazer said:
...Obviously this is not one of them.

This being said, thanks a LOT for finding more on the Howard transport ...
Click to expand...

Then it's better, I think, to add that thread to this one about Howard Aircraft.

No, no. That's not what Jemiba said. He said that since the Barr airliner was on the same image as the Howard type, it was best to leave them together.

Personally I would not have merged these, but anyway...

I'm not quite happy with this solution, too, but the alternative would be another theme
spread about several threads, giving even more room for misunderstandings, to my opinion.
Maybe a thread (in the patents section) with the links to the Barr patents (or even better,
with the full pictures) and appropriate cutouts or excerpts from the Popular Mechanics article
would do the trick ?
S

Meanwhile, here's a Howard project I had previously overlooked, a 1938 twin-tailed airliner very much in the vein of the Lockheed 12, Beech 18, Barkley-Grow T8P1 and such.

Please note that this has nothing to do with the postwar Lockheed Lodestar conversions by Howard Aero, an entirely different company.

Skyblazer said:
Meanwhile, here's a Howard project I had previously overlooked, a 1938 twin-tailed airliner very much in the vein of the Lockheed 12, Beech 18, Barkley-Grow T8P1 and such.

Please note that this has nothing to do with the postwar Lockheed Lodestar conversions by Howard Aero, an entirely different company.
Click to expand...


and certainly it was from DGA Missing series.

Stargazer2006 said:
Meanwhile, here's a Howard project I had previously overlooked, a 1938 twin-tailed airliner very much in the vein of the Lockheed 12, Beech 18, Barkley-Grow T8P1 and such.

Please note that this has nothing to do with the postwar Lockheed Lodestar conversions by Howard Aero, an entirely different company.
Click to expand... 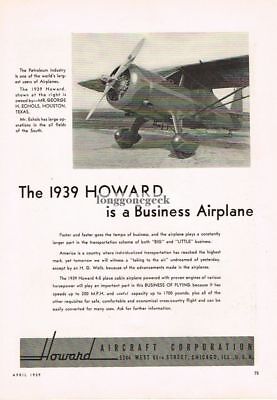 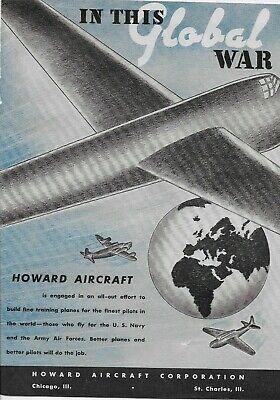 The actual ad you are buying in the one pictured above. Combine as many ads as you wish for one flat rate.
www.ebay.com

we spoke about it here;

and here is all details,page 114A;

Popular Mechanics inspires, instructs and influences readers to help them master the modern world. Whether it’s practical DIY home-improvement tips, gadgets and digital technology, information on the newest cars or the latest breakthroughs in science -- PM is the ultimate guide to our high-tech...
books.google.com.eg

Hi Hesham!
Perhaps, we could split and merge this topics, to separate Howard from Babb, and in the same time - remain them interconnected.
The topic, that you mentioned above contains important drawings from the Babb's patents, allowing to understand the internal layout of poropsed cargo plane, including design of hinged upper part and other features.

they are different two companies.