Was looking for something else and came across these two small images in the January 1955 issue of RAF Flying Review. Sorry about the image quality - the pics are rather small. The short description says that IAME was "currently completing the prototype...possessing a delta wing spanning approximately 32 feet and swept 70 degrees at the leading edge." Powerplant was to be a pair of either RR Avons or SNECMA Atars. Anyone know if this is actually a prototype, and not a mock-up -- and how much further it went?

Looks like the IAe 37, which never got past the mockup stage.

Well, the glider IAe-37P shown in the 3 above photos DID fly, towed first by a Ju-52 then a DC-3, piloted by Doyle, Gonzalez, Rossell and long-time Horten test pilot Heinz Scheidhauer.
It logged around 100hours in its original prone pilot configuration. In october 1956, it was modified with a normal seat cockpit (3rd photo), logging around 50 hours in that configuration.
Construction of two prototypes of the IAe-37 was started but stopped when the program was dropped.

Here is the Horten Ho 33 M, a post-war two-seat lightweight flying wing of which I have only these poor quality pictures.

How did this relate to the wartime Horten designs? And were there more post-war Horten types?

they made allot of stuff after the second world war

Hi Stéphane
Some more info on the Ho-33. Word document.

Thanks a lot Walter! This is exactly the sort of info I wanted.
S

Just happened on more HO 33 stuff as I was researching further...

Horten began with the construction of gliders in Argentina, after 1945, but their 'magnum opus' was a four-engined cargo plane, specifically built to transport oranges from the Argentinian farmlands to its capital, the IAe 38 "Naranjero". The single prototype made a total of four flights, but the project was shelved because only Argentinian power plants could be used, which were not powerful enough by a long shot.
Click to expand...

The I.Ae.37 P is simply designated as I.A.37 P in other sources, and this is what appears on the tail fin anyway...

Here is a set of pictures of the sole prototype in its first configuration: with glazed nose and pilot within the fuselage, and after modification with pilot in regular cockpit.

And here is the same prototype after modification to full nose and regular cockpit:

Reimar Horten's first project on Argentinian soil, even before the I.A. 37 interceptor, was an all-wing jet fighter which he named the "Casa sin Cola" (literally "tailless pursuit aircraft" (i.e. fighter) — thanks Retrofit!), a development of the earlier Ho X (2) Volksjäger.

Studies included I.A. 37 interceptor and I.A. 37 E (Entrenador, or trainer) versions. I'm not quite sure however how the seating arrangement was planned in the latter since the cockpit seems too short for tandem seating and too narrow for side-by-side seating!

I believe the first of the plans below is ill-labeled because it associates the "E" suffix with the interceptor. Logically only the trainer ought to have carried that letter.


Source for all these Horten images: Flugzeug Classic, July and August 2004.

Last development of the Ho X lineage in Argentina was the I.A. 48 reconnaissance project:

Ouch! Thought it might have been some sort of inside joke or something. Feeling so terribly stupid right now! You're right! "sin cola" means tailless!

The precisse translation of "casa sin cola" is tailless house.
If you want to say tailless fighter in Spanish, then you should say "caza sin cola"

Spanish pronounciation in Spain of "z" and "s" is clearly different while Spanish speakers from American nations pronounce "z" the same way as "s". That can be a source of confusion for not native Spanish speakers.

Well my source definitely got it wrong... No wonder I got mixed up and translated it as "House without Cola"!!! :'(

The Spanish word for glider is "planeador". In the case of this project, the P probably was also for "prototipo".

The Argentinian government site page about Ala Delta has 3-views of the different stages:
http://www.mincyt.cba.gov.ar/site/fabricamilitar/19431955/19431955_08s.html
S

Two views of the little-known I. Ae. 34a Clen Antù:

I saw the Naranjero on the last page. Cool! Thanks Justo! ;D
M

Could the post-war concepts be broken out and relocated in the corresponding section?

martinbayer said:
Could the post-war concepts be broken out and relocated in the corresponding section?

Jemiba said:
Thread cleaned up and posts from other sections added
Click to expand...

Thanks Jemiba. I was about to write that there was more to the subject than just these two pages of material on the forum, but I realize now that you are adding more as I write, so keep up the good work... ;-)

A post-war image of a Reimar Horten designed glider in Argentina, marked as the Horten XV. It was possibly the Fabrica Miitar de Aviones I.Ae. 34 Clen Antú which was the local designation of the XVa.

Re: Re: Argentinian Unbuilt Projects

The IAe37 was a Horten project for a Pulqui III fighter. The wind tunnel model represents a prone-pilot version. It and the variant with the convetional canopy were also built as full-scale gliders.

There is a certain resemblance to the FD-2 in the 37.

Hello I am from Argentina. Looking for information on Horten for my final aeronautical engineering work I found a lot of information about the IA-37 and the unknown cruise missile proposed by Horten in 1960

Then I wrote this article, which was translated into English in warisboring's web 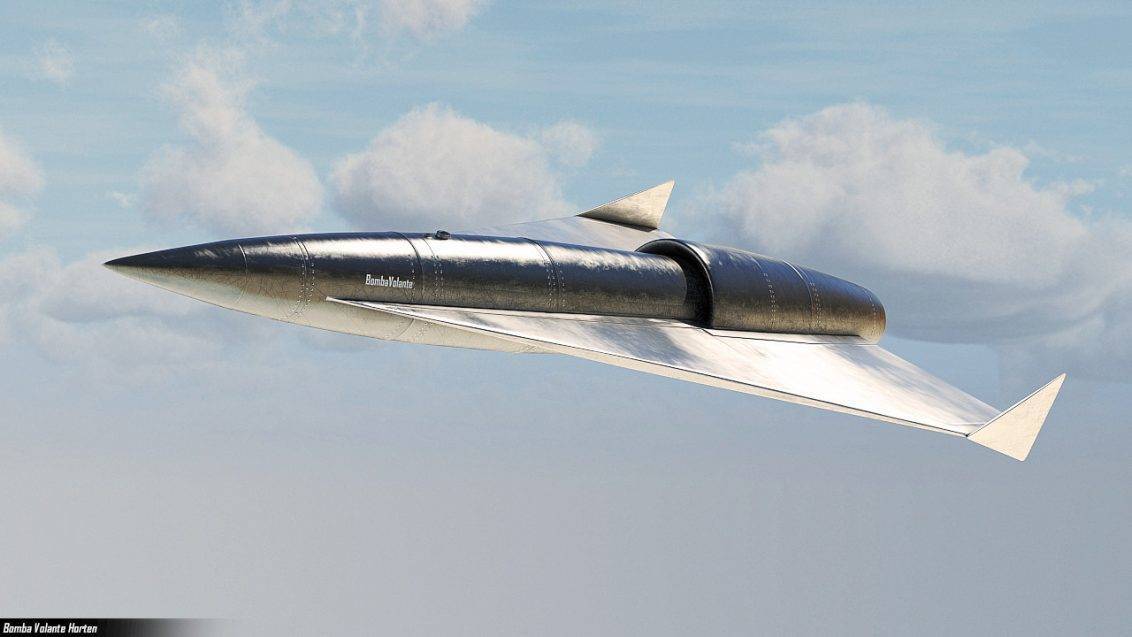 From Nazi Germany to Argentina — A Proposal for the World’s First Small, Supersonic Cruise Missile

Argentina was almost the first country to develop a small, supersonic cruise missile. Way back in 1960. On May 30 of that year, Dr. Reimar Horten — a former warplane designer for Nazi Germany — met with officials at the Aerotechnical Institute of Argentina’s Military Aircraft Factory, or FMA, to... 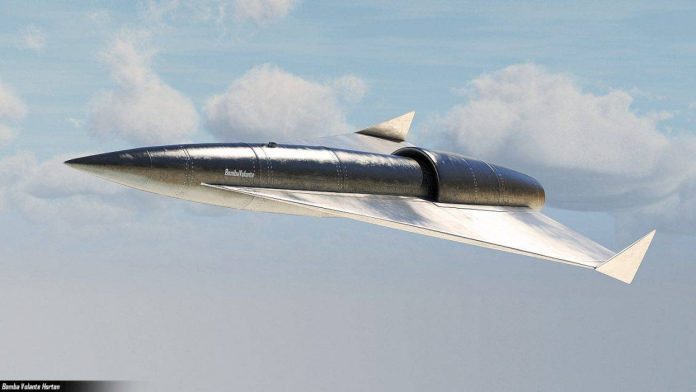 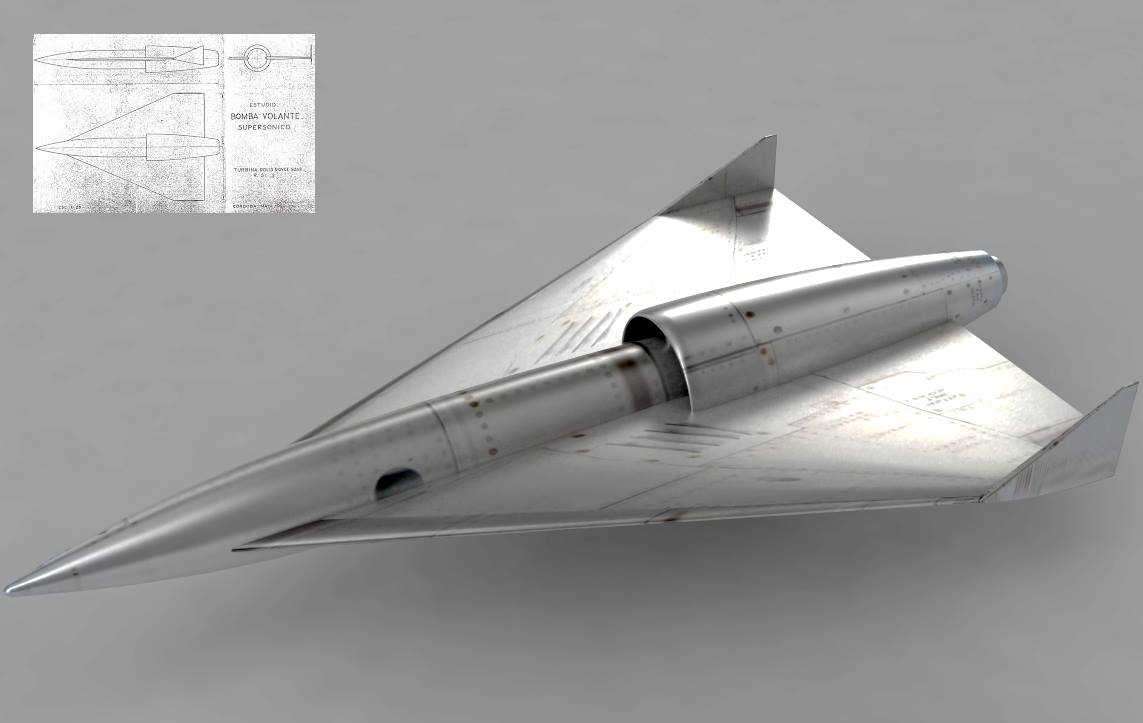 Thank you very much. As time passes, more material is being released about a threat from Argentina. Meanwhile, Eugen Sänger was working on the Sänger II space plane in Germany, which was also derived from wartime work.