The PA-39 was developed to serve as an observation aircraft protecting shipping convoys from submarines. Only seven PA-39s were built for the British Air Ministry, and N3908 is the only remaining example. The others were sunk being shipped to Britain or lost in training and test flight accidents.

Does anybody know more of this one or have photos, etc.?

Of the seven aircraft (BW828 - BW834, c/n M-99 - M-105) ordered by the British Purchasing Commission, five were to be sent to Britain and two retained in the US. One of the hold backs was used for shipboard tests on the escort carrier H.M.S. Avenger in Long Island Sound in May 1942, and later in Chesapeake Bay off of Newport News using a stern platform on the merchant ship Empire Mersey. The other was lent back to Pitcairn (by then the G & A Aircraft Co.) for laminar flow blade tests for the XO-61. Both aircraft were later purchased back from the British. One was given to Princeton University and its fate is unknown, the other was used by the Firestone Tire and Rubber Co. in 1946 to test the effects of the drag and weight of rockets at the blade tips. (Pitcairn had first experimented with tip drive jets in 1926, and in 1943 the Autogiro Co. of American and Aerojet in California had discussions about a rocket driven helicopter. A number of studies were made but nothing came of them. Ditto later work with Reaction Motors Inc for a rocket-driven rotor.)
None of the aircraft were ever employed operationally in their intended role. Only two made it to Britain and apparently only one was flown there, probably BW833. Three (BW828 - BW830) were damaged, according to one account by deliberate sabotage, in January of 1942 in Canada while being loaded for shipment to the UK. The three aircraft and included spares were scrapped, at the time it was stated they had been lost at sea due to a torpedo attack.

Info from 'Cierva Autogiros' by Peter W. Brooks, 1988 Smithsonian Institution Press.
The book has a photo of BW833 in RAF cammo and markings.

Could you post photo? I hope to make model of PA-39

Thanks a lot!
V

There's an image of the only surviving PA-39 at this link: 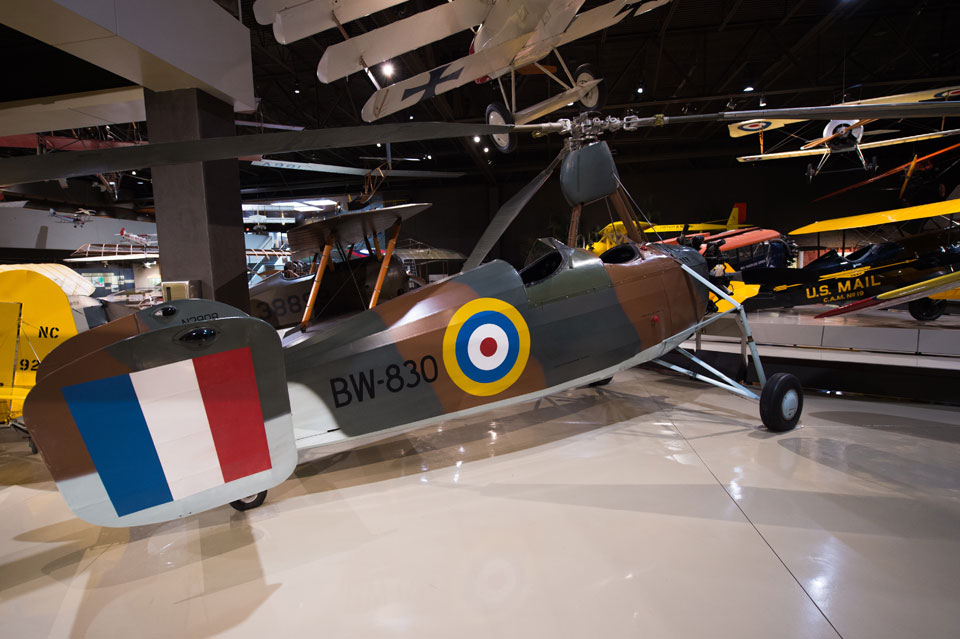