Since 1966 (MAP order dated 30.4.66), the OKB has been renamed into the Rybinsk Motor Design Bureau (RKBM). In the period 1984-88. the enterprise bore the name Andropov Design Bureau of Motors (AKBM). 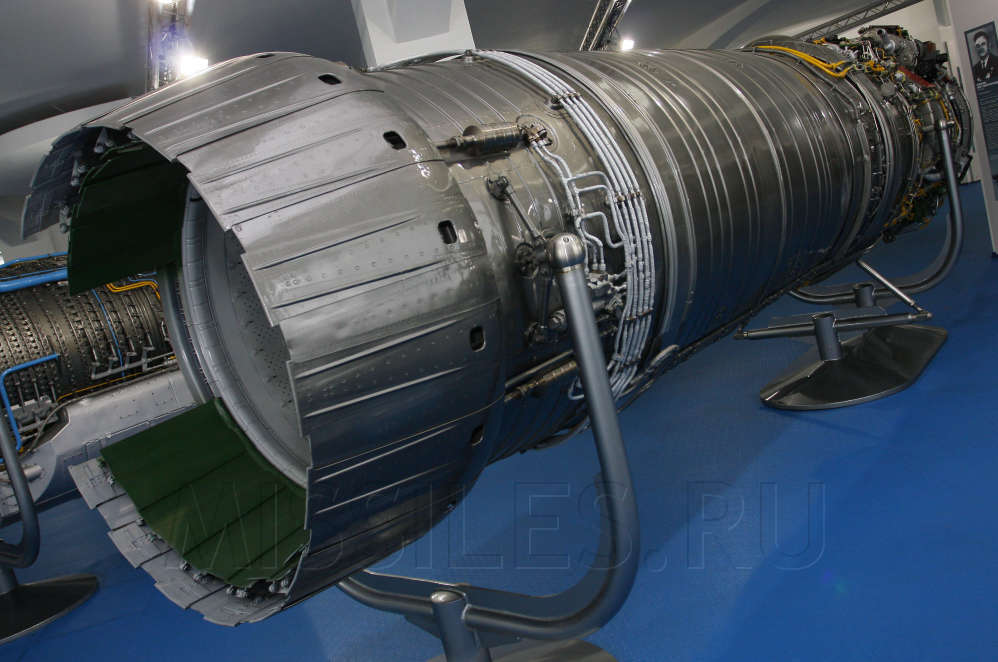 The development of the RD-7 turbojet engine began in 1952 at OKB-36 under the leadership of V.A. Dobrynin. The original designation is VD-7. When choosing engines for the modernization of the M-4 aircraft, the stake was made on the VD-7, the take-off thrust of which exceeded 11000 kgf, and the cruising fuel consumption was 0.73-0.8 kg / kgf * h (for the RD-3 - up to 1.03), like the best foreign samples. Using these engines, increasing the amount of fuel on board, installing an in-flight refueling system, and improving aerodynamics, the new aircraft, designated 3M, could reach the farthest point in the United States.

However, these engines delayed the completion of the state tests of the aircraft - dangerous self-oscillations of the blades of the first compressor stages were observed in the takeoff mode. To solve this problem, revs were limited on the VD-7B, while the maximum thrust was reduced by 2000 kgf, and the takeoff weight had to be reduced by reducing the fuel supply. Since the VD-7B were produced in limited numbers and at a low pace, about half of the bombers were built with them, which received the designation 3MN ("N" - new engine). The rest of the vehicles, designated 3MS ("C" - old engine), were equipped with RD-3M.

Serial production was organized in 1957 at plant number 26.

RD-7 consists of an axial 9-stage compressor, a tube-annular direct-flow combustion chamber, a 2-stage turbine and an unregulated jet nozzle. The engine used fundamentally new technical solutions for that time: a high-pressure compressor with a small number of stages, the first supersonic compressor stage, an adjustable inlet guide vanes, regulation of modes according to the reduced speed.

During takeoff, a powerful smoky exhaust was a sure sign of an "emok" with VD-7B engines. Serial VD-7B produced by Ufa plant No. 26, after painstaking refinement, had a service life of only 200 hours - 6.5 times less than RD-3M-500. Their reliability was also worse, which, coupled with the absence of an emergency regime, significantly reduced the safety of the aircraft and caused justified dissatisfaction with the customer.

Serial production continued until 1977. During the production process, it was repeatedly modernized. The engines that had spent their flight life were used on fire engines AGVT-100 (131), AGVT-200 (255).

-VD-7: basic.
-VD-7B: modified. Notable for compressor speed limiter. Produced in 1957-1968. Installed on a 3M aircraft.
-VD-7P: engine with improved compressor to increase power at high altitudes.
-RD-7M (RD-7M): engine for Tu-22 aircraft . Differs in the presence of an afterburner. The thrust is increased due to an increase in the gas temperature in front of the turbine and an increase in air flow due to the opening of the inlet guide vane. Produced in 1960-1965.
-RD-7M2: forced. It features a modified first stage of the compressor, an open inlet guide vane, an increased gas temperature in the afterburner, and a supersonic adjustable nozzle. The thrust is increased by 500 kgf. Produced in 1965-1977. Applied onTu-22KD .
-VD-7MD: engine without afterburner for transport aircraft VM-T "Atlant" .