Of YF-12, Valkyrie, and Boeing SST

All in the title. I used @archipeppe splendid artwork related to these three flying wonders of the 60's. And put them side by side
- This could never been done OTL because a) Boeing SST was only a model (like Kamelot) trapped in a Seattle hangar
- The 3*YF-12s and 2*Valkyries all hanged out at Edwards / Dryden between 1963 (YF-12) and 1969 (last XB-70 flight) but (damn it) they were never photographed side by side, not even on the ground and even less in flight. There is a picture of a X-15 along a Valkyrie, but the YF-12s are nowhere to be seen. Shame !
- I wanted to scheck these beasts respective sizes and shapes - all three were awesome flying machines pushing the state-of-the-art: Mach 2.7, Mach 3.1 and Mach 3.35, respectively. Titanium, steel, more titanium !

What a time to be at Edwards AFB !

So, behold: the three side by side: at the same size, and not respecting their sizes.

A 298 feet long titanium fuselage. Boeing got in touch with Lockheed about titanium manufacturing - and where to buy it (hint: the freakkin' Soviet Union had the purest in the world).
While Lockheed procured its Soviet titanium via the CIA and a host of offshore companies, Boeing directly went to the source and met a soviet delegation in a Paris restaurant. They were building a civilian aircraft, after all.

Concorde (and its Tu-144 "clone") were the size of a Valkyrie at 200 feet long; but the SST would have dwarfed both. That's what it takes to line up 250 passengers on a single deck and a narrow fuselage. No other solution !

The YF-12 was merely 56 tonnes MTOW - a hummingbird by comparison. Next heaviest fighter is the Tu-128.

Between them, the Tu-22M Backfire is the heaviest supersonic twin jet ever at 126 tonnes MTOW. It takes engines as powerful as the Tu-160 to get it off the ground (and they are probably related, both being Kuznetsov products).

You guess, to push more than 300 tonnes near Mach 3 with only four engines rather than the Valkyrie six, the SST engine produced colossal amounts of thrust.
The GE4 was a scaled-up, improved J93, already not a J85 in thrust by any mean - 13 metric tonnes, and there were six of them.

According to that link, the stock GE4 was 70 000 pounds thrust with the AB.

And they were planning 75 000 pounds thrust variants either as "leaky turbojet" or without any afterburner. And NASA at some point discussed hydrogen variant of that thing, thus with 2.5 more energy in the fuel.

The GE4 could have lifted a cathedral off the ground.
A

The more to the party, the merrier... once again, @archipeppe art work. 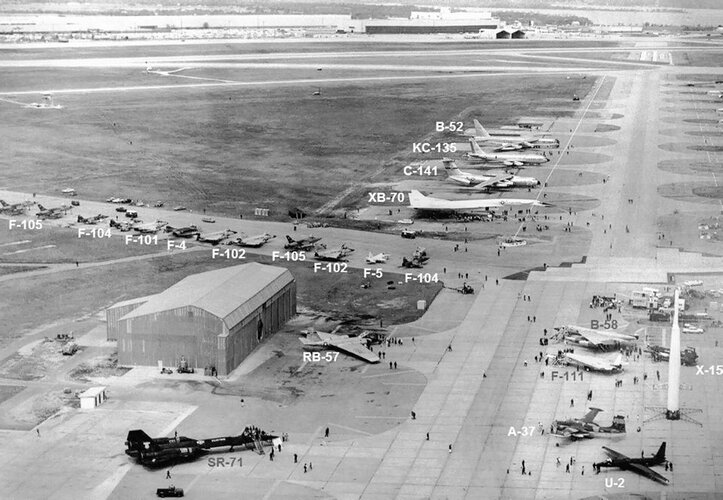 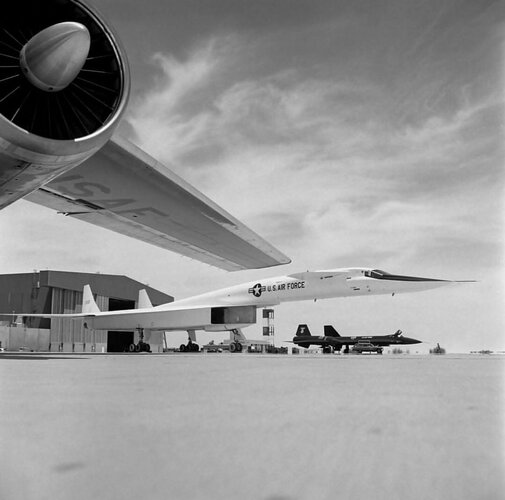 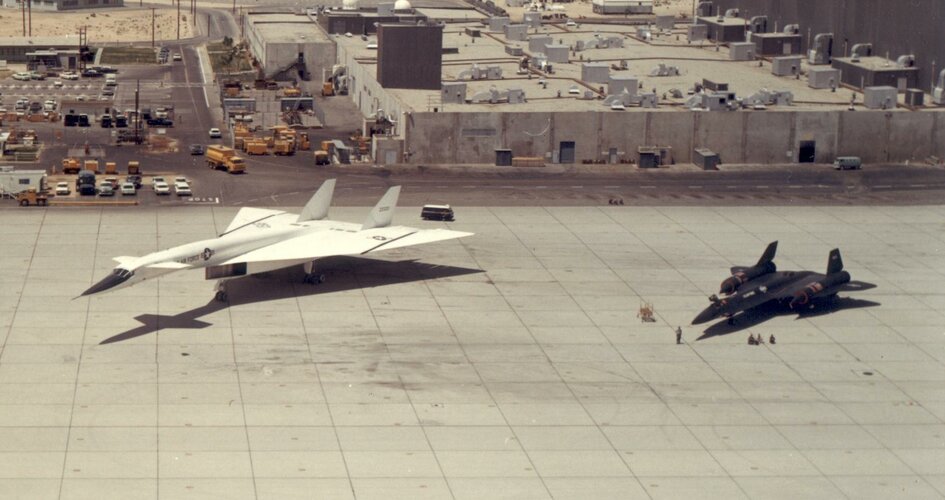