Here is a truly excellent one that is hardly believable.

So you may have heard (or not) that the French Minister of Ecology, François de Rugy, has just thrown the towel and resigned after a brief, major and violent scandal.

Let's reel back the whole thing...

It happened that De Rugy threw lavish dinners that included LOBSTERS, a pretty expensive meal, and in those days of Yellow Jackets riots, he was shot down in flames, Marie-Antoinette "La brioche" style.
He was bashed and burned and shot by the now-classic social media firestorm. What's more, people dug out giant inflatable lobsters (no kidding, send me ROTFLMAO) everywhere he go, until he resigned two days ago.
(yes, such things exist, on Amazon, of course. https://www.amazon.com/Inflatable-GIANT-Lobster-Float-decorations/dp/B071D1RSTL ROTF )

Where it goes EXTRAORDINARILY FUNNY is that there is a famous french recipe of lobster called "Le homard THERMIDOR." (homard = lobster)

Now you may ask, what the heck is THERMIDOR ? Well, wikipedia has the answer, as usual.


Which exactly mean (drums rolling) that De Rugy resigned the first day in the MONTH OF THE LOBSTER. Invented by the yellow jacket rioters ancestors in 1790. 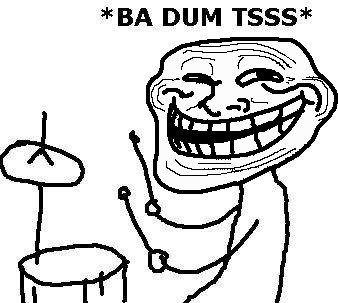 It is a french fellow prankster at the France Fights On forum that tell me that good one yesterday evening and it just made my night and my day. I'm actually laughing like an idiot typing this (trying to type, actually)

As the italians say in their own, unique way

Very good post. Light and funny as suited with any fine (political) cuisine..

Well served, thank you Archi.
A

Thank you. It really blew my mind, the coincidence. Too good to be true !!

Kudos (and copyright) to the "original prankster" - right here.

(Galgot if you want to register there, soit le bienvenu. Your talent as illustrator would be extremely welcome. But I know you are busy....)


(what is remarquable is "Homard Simpson" sounds very much like "Homer Simpson" except the coincidence was NOT intentional since, in english, homard is... lobster)
A

Archibald said:
Thank you. It really blew my mind, the coincidence. Too good to be true !!

Kudos (and copyright) to the "original prankster" - right here.

(Galgot if you want to register there, soit le bienvenu. Your talent as illustrator would be extremely welcome. But I know you are busy....)
Click to expand...

could you check your grammar and spelling in French before posting?
Click to expand...

After three posts like this, plus some previous idiocies toward myself, congrats, you've been IGNORED and REPORTED