The Navy MQ-4C Triton is designed to provide the Navy with an advanced autonomous air vehicle and state of the art service-oriented architecture mission control system that will enable it to provide persistent maritime Intelligence, Surveillance, and Reconnaissance (ISR) directly to the maritime commander, with coverage of wide oceanographic and littoral areas. The Navy MQ-4C is designed after the RQ-4 family of air vehicles, which are in production and combat proven, providing a cost-effective system with the greatest capability at the lowest risk.

“Today marks a major milestone for the MQ-4C BAMS Unmanned Aircraft System. That’s a tribute to the hard work of the many dedicated professionals collaborating across the US Navy and BAMS industry team.This rollout of the first Triton aircraft is just the latest development in Northrop Grumman’s 70-year history as the leader in unmanned systems. With more than 100,000 UAS delivered over the past decades, we’re exceptionally qualified to advance this technology into the 21st century.” – Gary Ervin, corporate vice president and president of Aerospace Systems.

And there is much rejoicing!

The MQ-4C Triton takes off from Naval Air Station Patuxent River, Md., April 16, to conduct its first test flight from the naval base. Visit http://www.navair.navy.mil for more information about Triton.

The US Navy has launched flight testing on the Northrop Grumman MQ-4C Triton of one of the first active electronically scanned array (AESA) radars with 360-degree coverage that was developed exclusively for the maritime patrol mission.
Click to expand...

[/The Navy is on track to start an operational assessment for the MQ-4C Triton program next month where the system will demonstrate tactics and procedures, according to a service official.

Sean Burke, persistent maritime unmanned aircraft systems program manager, said July 16 during a luncheon at Naval Air Station Patuxent River, MD, the assessment team from Air Test and Evaluation Squadron-1 is in the process of being trained to fly the aircraft for the operational assessment.

Initial operational test and evaluation for the program will end in Guam where the first Triton orbit will be established, Burke said.

"The orbit will first be run out of Jacksonville, [FL]," he added.

The second phase of the Triton program is the multi-configuration aircraft that will reach IOC in the fourth quarter of fiscal year 2020. This version will improve the EO/IR to high definition as well as bringing in signals intelligence. Once Triton has SIGINT this will allow the service to retire the EP-3 fleet, he said.

"We are key to that transition," Burke added.

On April 25, 2013, the Navy issued a stop-work order to ITT Exelis for a sense-and-avoid radar solution. Triton was expected to be the first unmanned aircraft to incorporate the ability to spot other airborne traffic before the radar ran into developmental challenges.

Burke said during that time his office connected with the small business project at the Office of Naval Research. Also, the Navy issued a task to Northrop Grumman to come up with a technical approach that would give the service the performance needed at the right cost.

In November 2014 Naval Air Systems Command released a request for information to meet the service's sense-and-avoid radar requirements. The radar will be designed to prevent the Triton from suffering a mid-air collision.

Burke said the service issued the RFI because his office had heard from various companies they had a technical solution for the sense-and-avoid radar.

"Nothing in those responses gave us any indication that what we had with the Northrop . . . effort was being approached differently with what anybody else had to offer," Burke stated.

Northrop then delivered its task back to NAVAIR and the company's solution was to bring in a different business unit to the lead on antenna miniaturization. Last fall the Navy directed Northrop to begin work on the sense-and-avoid radar, he said. -- Lee Hudson
quote]

Any thoughts on potential export customers for Triton (BAMS)?

Beyond Australia and the UK?

India might want it, to complement the P-8I
http://www.flightglobal.com/news/articles/india-could-require-six-to-eight-northrop-mq-4c-bams-370233/

Germany may want it to replace Euro Hawk.
http://aviationweek.com/defense/germany-may-revive-euro-hawk-using-mq-4c

I don't have linkage at the moment but Japan has been close to pulling the trigger from what I understand.
F

I have great doubt on the UK we are having enough trouble pulling the trigger on the P-8 let alone purchase this.

Flyaway said:
I have great doubt on the UK we are having enough trouble pulling the trigger on the P-8 let alone purchase this.
Click to expand...

You were saying: http://www.ibtimes.co.uk/uk-spend-600m-spy-drones-protect-britain-russian-incursion-1457448
F

Flyaway said:
I have great doubt on the UK we are having enough trouble pulling the trigger on the P-8 let alone purchase this.
Click to expand...

All I say is I'll believe it when I see it. I'm still waiting for some kind of announcement on the P-8 let alone this.

...It does not have anti-jam GPS antennas yet?

...It does not have anti-jam GPS antennas yet?
Click to expand...

You would wonder what the heck they have been doing, especially in light of developments like this: https://www.flightglobal.com/news/articles/usaf-looks-for-stopgap-gps-hardening-for-special-ops-454253/ 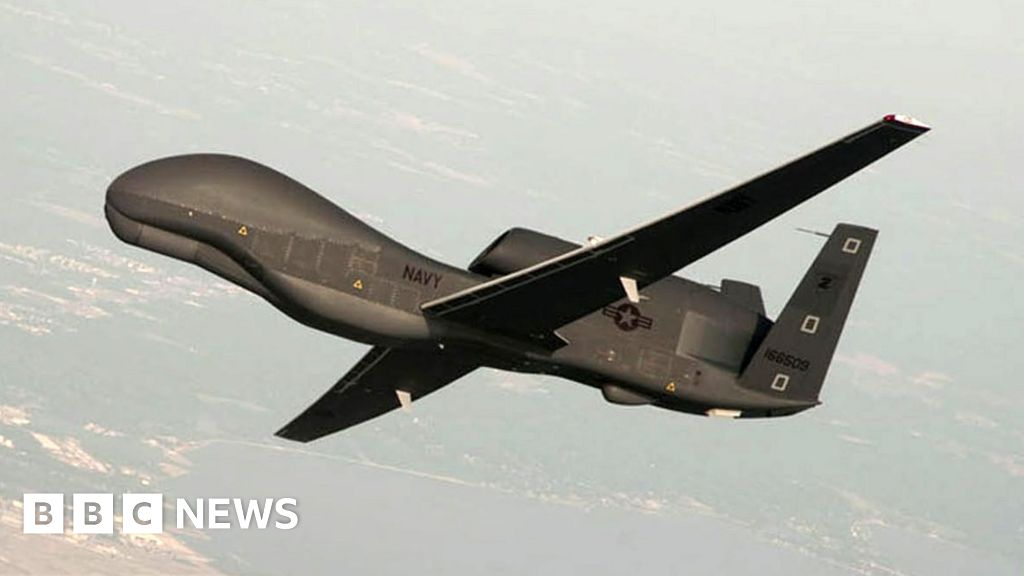 Strait of Hormuz: US confirms drone shot down by Iran

It happened over the Strait of Hormuz, amid soaring tensions between the US and Iran.
www.bbc.com
T

I fear that some Tomcats and Phantoms will go down. Invariably both AIrforce are gonna meet in the skies at one time or another. 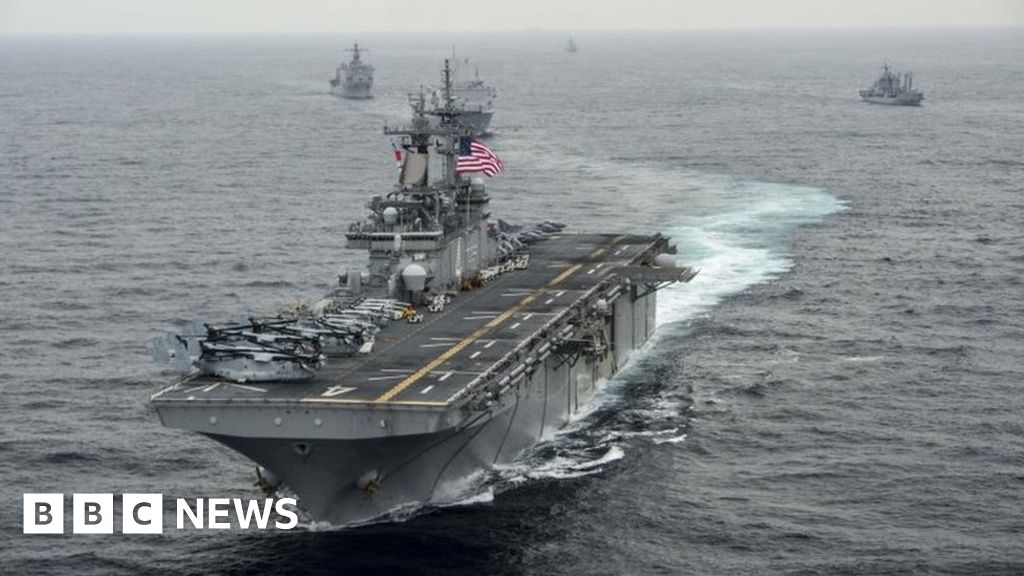 US destroyed Iranian drone in Strait of Hormuz, says Trump

Modified for grammar. The Program was not cancelled, just Germany's purchase of the the Triton.
Last edited: Jan 29, 2020 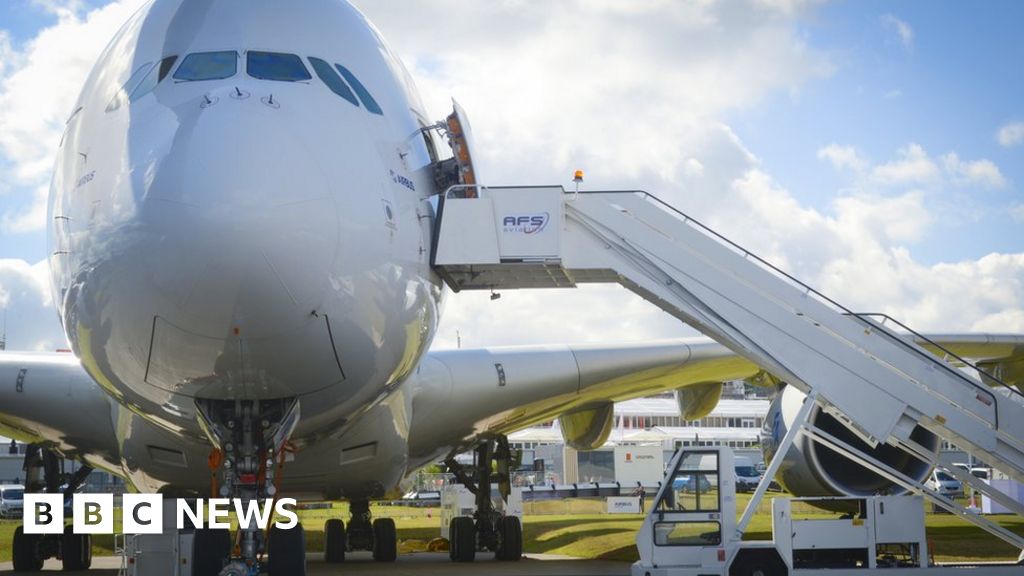 The settlement deal is still subject to approval by courts in the UK, France and the US.
www.bbc.com

Don't think so, at least not directly. 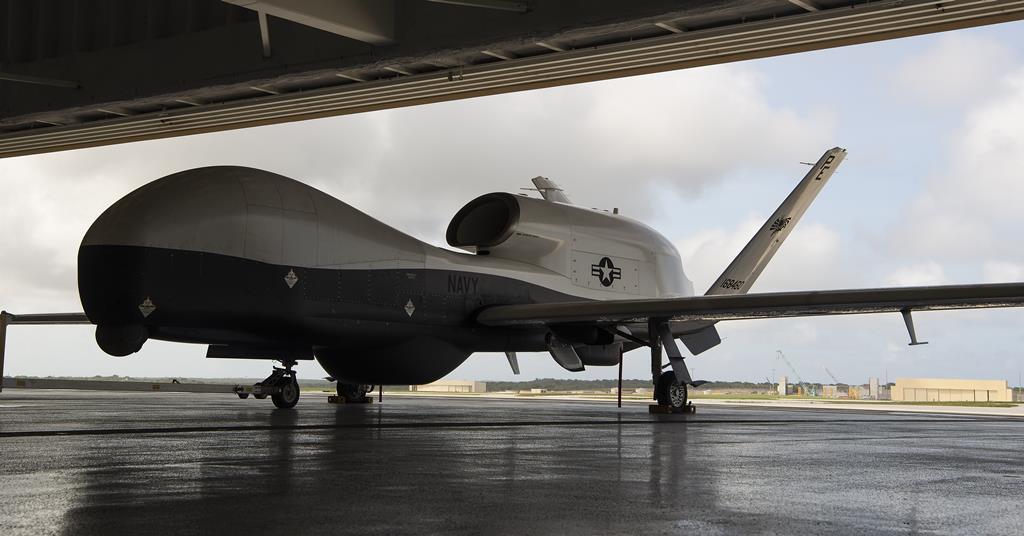 The Northrop Grumman MQ-4C Triton UAS has started its first deployment, joining a US Navy (USN) squadron at Andersen AFB in Guam. A pair of MQ-4Cs reached Guam on 26 January, and will be operated as part of an early operational capability (EOC), says the USN. The EOC will inform ...

Modified for grammar. The Program was not cancelled, just Germany's purchase of the the Triton.
Click to expand...

How much farther do you think Germany is going to scale back its defense spending? Do they think they can court both China, the US, & Russia to avoid any potential military conflict down the road?


Modified for grammar. The Program was not cancelled, just Germany's purchase of the the Triton.
Click to expand...

How much farther do you think Germany is going to scale back its defense spending? Do they think they can court both China, the US, & Russia to avoid any potential military conflict down the road?
Click to expand...

Did you even read the article?
A truly odd reaction to Germany deciding to go with a converted business jet instead of a UAV for a signal intelligence mission because the UAV wasn’t meeting their requirements as they had expected it to do so (and likely the UAV considerably more expensive than initially projected).
Zero to do with China or whatever unrelated nonsense you are “contributing”.
Share:
Facebook Twitter Reddit Pinterest Tumblr WhatsApp Email Share Link