Solemn opening of a museum of Open Society "Tupolev" and Scientific and technical council session (НТС), devoted to the 120 anniversary from the date of A.N.Tupoleva's birth, have taken place on Monday in Moscow. Among invited to celebrating there were Andrey Tupolev's relatives, leading experts of Open Society "Tupolev", the commander of distant aircraft Pavel Androsov, visitors from village Pustomazovo of the Tver region where the general designer on November, 10th, 1888 was born.

For 86 years in ОКБ it has been developed more than 300 projects of various types of flying machines, small courts and a snowmobile. They much them can be seen now as models in Open Society "Tupolev" museum. The museum exposition covers all history of the enterprise, since 1922 and about one today, and today's and tomorrow's directions of activity of the company are absolutely clearly underlined: planes strategic aircraft, civil aircraft and pilotless complexes. In museum foyer even the natural plane - pilotless scout Tu-143 was located. In a separate premise conditions of an office of the General designer are recreated
Click to expand...

Tupolev put on a nice display of models, some interesting unbuilt ones in there. Image 2747.jpg shows the author/archivist Vladimir Rigmant on left, talking to guests.

...And this is Tupolev's great-granddaughter, Marina, at his working table... 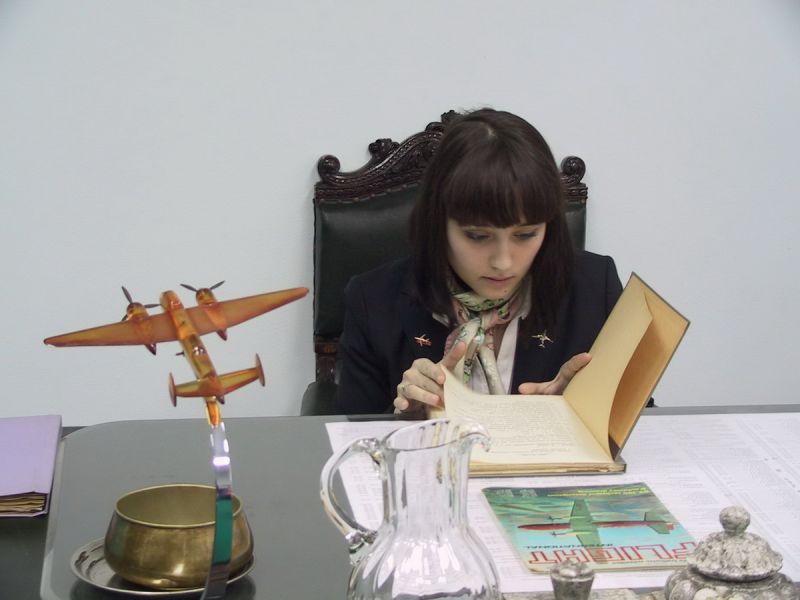 can you please ID the models in the:

flateric said:
...And this is Tupolev's great-granddaughter, Marina, at his working table...
Click to expand...

That seems to be a common enough factor in young Russian wimmins. But then they grow up and turn into this: 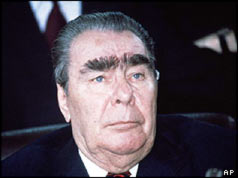 Looks like that "sonic-boom-as-an-anti-infantry-weapon" concept that popped up some time back.
T

hello Wurgler
Is the two floatplanes the two prototypes of the
Ant 44 ? The two was " long range maritime
reconnaissance bomber flying boats"
Bye
B

toura said:
hello.
ONn the same photo
The plane on the left seems to be "Izdelie 54" ??
What is the plane on the center of the photo ??
The one on the right seems to be a TU 160 ??
but is only two engines ??
I hope to see more documents is is very interesting
Bye
Click to expand...

hello Wurgler
Is the two floatplanes the two prototypes of the
Ant 44 ? The two was " long range maritime
reconnaissance bomber flying boats"
Click to expand...

Hello Borovik.
Thank you very much.
I've just found the photo of the plane of the left side (TU 45)
I don't kown this version of Tu 160. If you are more details
i would be very interested
The central plane seems to be unmanned ?
What a pity I could not go and visit this museum !!
Thanks again. Bye

That seems to be a common enough factor in young Russian wimmins. But then they grow up and turn into this:

Tupolev the elder, I take it?

Perhaps this is one of derivative numerous options Tu-125 (early)

There's some hope for visiting it soon.

Some more notes:
-In image 2747 (the very last one posted by overscan) the nose of the Tu-2000 model can be seen in the foreground.
-Can anyone identify the white model extremely far back in image 2772 (the second last posted by overscan)? To me it looks like the Tu-500 UCAV (http://www.secretprojects.co.uk/forum/index.php/topic,4509.0.html).
T

Hello.
I'm always looking at photos....
On 2772 I see 2 green planes : no problem.
I see the TU 98 and TU 91 and just after the green
and in front of the two other what is this one. I don't
know ? could somebody tell me
Thanks
Share:
Facebook Twitter Reddit Pinterest Tumblr WhatsApp Email Share Link
Top