Hi at all,
I am not talking about the "special attack" versions of this plane, but to other adaptations/prototypes.
1) In this thread about the Ki-67 successor, there is a link to this page

The most unique adaptation of the Donryu in the battle for New Guinea was the creation of “Hunter-Killer” night fighter teams in which both aircraft were “Helen” bombers that had been modified in the field. Night bombing attacks by the American 5th Air Force against Japanese shipping attempting to supply the JAAF in New Guinea had been causing considerable damage. What was needed was a fighter defense that could locate and shoot down the raiders, with aircraft speed and range of minor importance. Twin-engined JNAF reconnaissance aircraft had already been successfully modified as night fighters at Rabaul, and night flying training had been started by the JAAF before leaving for Wewak in August 1943. The decision was reached at 4th Air Army Supply Headquarters late in 1943 to modify Donryu bombers at Wewak to mount a 75 mm Army field piece on the underside of the fuselage of the “Killer”, with an anti-aircraft searchlight in the nose of the “Hunter” component. Operating together, one or two teams were created to patrol the harbors at night. Poor performance kept them from accomplishing their assigned job, and the idea was regretfully dropped.

2) at the same page above there is a very small reference to an antisubmarine version of the Ki-49:

Some Ki-49-Is were given magnetic detection gear and other electronic kit and used as anti-submarine aircraft.

but in the Bueschel book there is nothing about it.

3) In the Japanese Wikipedia page there is also a small reference to this prototype:

but again Bueschel says nothing.

Do you ave any other info/picture/drawing of these versions?

If Justo-san doesn't know about this Donryu night Hunter-Killer version, no one would know.
J

Despite its armament and protection, the Helens suffered heavy losses in New Guinea in 1942 and in Philippines in 1944. Many were assigned to secondary tasks of transportation, courier and anti-submarine patrol. Some were transformed into night fighters with one 75 mm Type 88 antiaircraft cannon, in an attempt to face the B-29 with heavy armament. These aircraft should operate in pairs with other Ki.49s equipped with a searchlight nose, similarly to the ‘Turbinlite’ squadrons of the RAF and with the same lack of success than these.

Some Helens were also used for transporting suicide paratroops during Operation Te-Go. On December 7, four Ki.49 and thirty-two Ki.57 that carried two regiments of the First Airborne Brigade, made crash landings on the airfields of San Pablo, Tacoblan, Dulag and Burauen that were simultaneously bombarded by another eleven Ki.49s.

In April 1944 some Ki.49-II Otsu bombers were used for night attacks against troops participating in the invasion of Hollandia.

In late 1944, some experiments were made in the Tochigi Test Center, located north of Japan, with the Ki.49-II-Hei of the 74th Sentai, equipped with H-6 ASV radar with a Yagi receiver antenna, with three elements, mounted in the leading edge of the starboard wing and one Yagi transmitter antenna mounted in the nose, but it is ignored if the modification was performed in more airplanes.

When the Japanese industry was able to manufacture radar equipment light enough to be installed on aircraft, the IJN's main interest was in locating enemy ships using ASV (Air-to-Surface Vessel) equipment.

In August 1942 the H-6 Type 3 Mark 6 Model 4 radar entered service, developed by the Oppama Naval Technical Depot and with a range of 100 km against large surface craft. Between 1942 and 1944, a total of 2,000 units of the H-6 ASV were manufactured by Nihon Musen Co. The H-6, also called Kaze-1, weighted 110 kg and was installed in the four-engine Kawanishi H6K5 and H8K2 flying boats with the mission of locating the U.S. Navy task forces.

The H-6 radar was also used by the Nakajima B6N2 and Mitsubishi G4M2 torpedo-bombers to carry out nightly torpedo attacks and by the Nakajima J1N1 of the 321st Kokutai in anti-submarine patrols and night intruder attacks against torpedo boats, with two 250 kg bombs. The Type 3 Model 1 (KMX) magnetic airborne detector was used for anti-submarine patrols by the Aichi E13A1b and Kyushu Q1W1 specialized airplanes.

The antennae configuration was different for each type of aircraft. The single-engine B6N2 used a Yagi transmitter antenna, with four elements, mounted in the leading edge of the starboard wing, and the four ‘T’ dipoles of the UN-954 receiver mounted in the fuselage sides. In the multi-engine aircraft, the Yagi antenna was mounted in the nose.

The H-6 operated on a frequency of 150 megacycles, with 2 m wavelength and 3 Kw power output.

blackkite said:
If Justo-san doesn't know about this Donryu night Hunter-Killer version, no one would know.
Click to expand...

I had not heard of paratroops being used during operation Ten-Go. Is there any information on this topic please?

Foo Fighter said:
I had not heard of paratroops being used during operation Ten-Go. Is there any information on this topic please?
Click to expand... 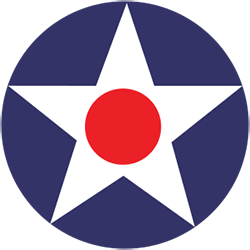 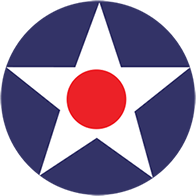