The canopy of the Ki-27 prototype has me thinking of the FW-190. Does anyone else see a resemblance?

In 1943, the IJA imported one Fw190 {Fw190A-5} as a testing fighter for comparison with a domestic fighter.
After arrival, Fw190 was analyzed technically by the IJA and flight test was performed.
The transportation means to Japan used a submarine from Germany.
Because Fw190 control and acceleration performance were also good, Fw190 received favorable evaluation by the IJA.
But finally the IJA judged that Fw190 maneuverability was not enough, maximum speed was low compared with catalog spec and it’s hard for Fw190 to win P51.
Later the IJA utilized Fw190 design for type 4 fighter Hayate and type 5 fighter development.

Thank you my dear Blackkite. 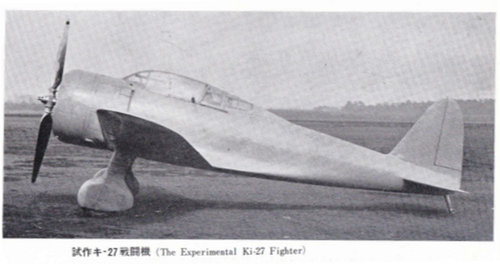