Cutaway FMA IA-63 Stealth Pampa, speculative interpretation (in progress) to achieve a small and economical "Stealth" light attack aircraft, starting from the base of a basic Pampa and making modifications that allow it to be less visible to radar, I take some time to think about the necessary changes that would achieve the objective of greater discretion for what I decided on the solution of adding two separate "FAST Tanks" or tanks shaped to the fuselage, these with a very open "V" design to hide the contours of the fuselage At the same time that they allow to increase the amount of fuel that can be transported, the exhaust of the engine gases had to be lengthened (decreasing the exit temperature of the gases and protecting the engine), finishing them in a flat design in ” V”, the air intakes became simpler, lighter and more discreet, a solution already seen in other aircraft such as the J-10C, JF-17 III and the F-35, single-seat cabin making use of the rear seat providing greater height and visibility despite the fact that the deck is a little lower, the wing stations or hardpoints carry discrete containers to carry laser-guided bombs or the most modern glider bombs, it is also capable of carrying infrared self-defense missiles. The tail surfaces is where you really make the most significant changes by increasing the negative dihedral and eliminating drift leaving only a small vertical surface for the sake of greater discretion, in the nose I speculate with the ability to install a small AESA type radar and a slightly faceted nose, a no less important detail is its wings which, being an efficient supercritical profile, do not require changes, I only added extensions to its marginal edges with a small positive dihedral, fairing its aileron and flap joints for the sake of discretion. In short, an exercise in "Fan Art" to only answer the question What if...?, author Aviagraphica and modified by Motocar

Thanking the friend of this forum, the Render Artist CiTrus90 for his collaboration in making digital interpretations of my speculative work of a Pampa Stealth, works that I share with you below, not without first thanking Citrus90 again for their enormous collaboration

Now in a small montage with all the images together, author CiTrus90

Cutaway Shenyang JJ-5/FT-5 the two-seat trainer of the J-5 (version of the MiG-17 built under license in China, although a training version was not built in the USSR as the MiG-15UTI was enough, the Chinese saw the need of this and they built said model to which they reduced the armament to a single cannon and used the air intake with the extended upper lip similar to that seen in the proposals of the MiG-15P and MiG-17P, its extended cover and little aerodynamics (Also seen in the JJ-6) the windshield showed the same shape and angle as the one already used in the MiG-15UTI and the openings of both cabins kept the same design, a modification presented in large format and made by Motocar on the work of the artist Mike Badrocke 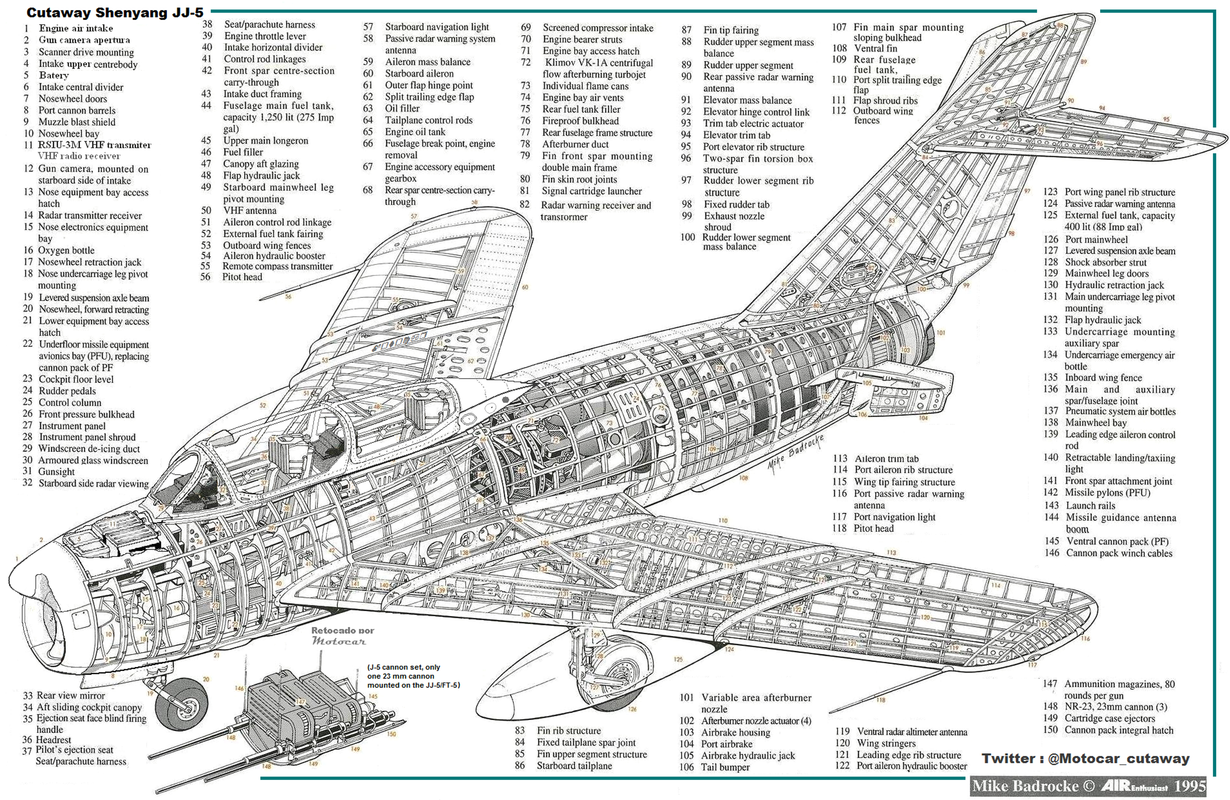