Just want to know because I see them sometimes but I'm a little doubful https://forum.warthunder.com/index.php?/topic/455511-list-of-all-me-262-variants/

I have been researching automatic cannon for a new book, and have not seen any mention of an "MK 144". There was an MK 114, a high-velocity 55 mm aircraft gun.

The MK 112 was real enough but was at the early prototype stage at the end of the war (like the MK 114). It was even modified and further developed by the USA after the war.

Possibly, but I'm fairly certain it was never done. The MK 114 was Rheinmetall-Borsig's rival to the Mauser MK 214B, both firing the same 55 x 450B ammunition and with similar performance. The Mauser was a modified version of the MK 214A, which was chambered for the same 50 x 420R ammo as used in the BK 5. One Me 262 was fitted with a MK 214 (almost certainly the MK 214A) and briefly saw combat, without success. The MK 114 was at an early stage of development at the end of the war.
S

I also readed that mk 114 was considered for one dornier do 335 variant,does any drawing of the mk 114 exist or not?
T

A correction to my previous post: I've been digging, and come up with a photo of the MK 114 sort-of installed in the nose of an Me 262. Probably not flown, as it was cancelled as overweight.

I would be surprised if such a big gun was mountable in a Do 335, and I've never heard any suggestion that it might have been. There was very little space between the cylinder banks to squeeze in the big cannon. It was planned to fit the low-velocity 55 mm MK 112 in the Do, but again I've seen no evidence that it was done.
S

could you send the picture by PM at least?
T 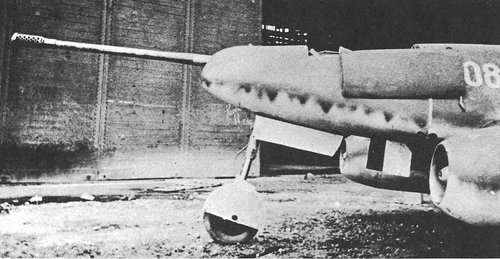 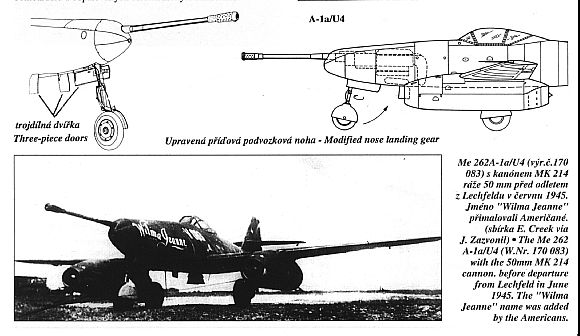 Well spotted - I did wonder whether the caption was accurate, it is not unusual to find mis-identification in this field.

That takes me back to my original view that the MK 114 was at a very early development stage when (according to one source) it was cancelled in 1944 due to its excessive weight.
You must log in or register to reply here.
Share:
Facebook Twitter Reddit Pinterest Tumblr WhatsApp Email Link
Top