Dear friends i have interesting question
Can anyone tell me how many are the Mi-24 in USA today ?


the one on the static display is ex-BAF 122

two part movie about the Hind with some very interesting photos ;D
http://www.youtube.com/watch?v=uAtOD10p5zk

MOSCOW --- This year marks the 40th anniversary of production of the Mi-24, the first purpose-built Russian combat helicopter, at Rostov Helicopter Plant, today called Rosvertol, a Russian Helicopters company. The design of the Mi-24, a strike and transport helicopter was, was so successful that versions are still in use today: some 1,500 Mi-24s serve with the armed forces of 60 countries worldwide.

In 1978, helicopter test pilot and Hero of the Soviet Union Gurgen Karapetyan set a world helicopter flight speed record of 368.4kmh in an Mi-24. For Russian-made helicopters this record stands to this day.

The Mi-24 was used as the model for development of the Mi-35M, which entered production at Rosvertol in 2005. As well as having substantially superior flight capabilities and manoeuvrability to its predecessor, the Mi-35M can fly combat missions round the clock and in a range of geographies and climates such as high-temperature and high-altitude environments. The Mi-35M is in demand around the world, particularly in Russia and other CIS countries. A new market is South America, where countries have also begun incorporating this unique military machine into their fleets.

The Mi-35M is equipped with advanced high-precision weapons, and it can be used day and night to destroy armoured targets or to provide air support for ground operations. It can be configured as a strike, ground assault, medevac or transport helicopter, making it not only effective but also highly valuable, as it can replace a number of different rotorcraft.

A key advantage of the Mi-35M is its round-the-clock combat capability. It comes with advanced navigation equipment and multifunctional colour displays, surveillance and targeting systems that include thermal imaging and television channel, a laser range finder and a location finder. This not only reduces demands facing the crew, but also allows the helicopter's guided and unguided weapons to be used at any time. The helicopter is also able to take off and land in unprepared and poorly-equipped areas.
The multi-role Mi-35M, developed based on the illustrious Mi-24, is unique in its class. Russian Helicopters is rightfully proud of its accomplishment in developing this aircraft, which has become a touchstone for helicopter manufacturing worldwide. 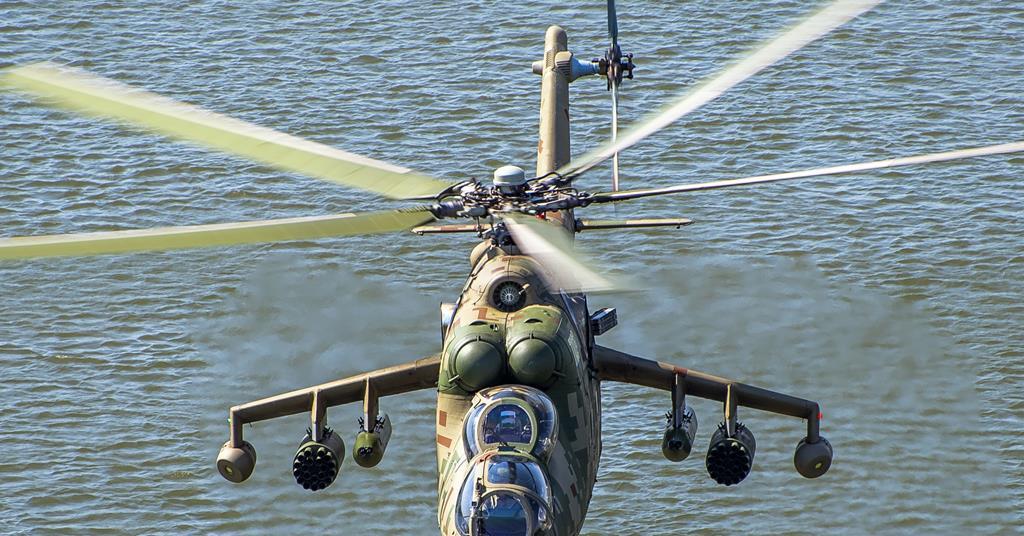 Russian Helicopters has begun serial production of the Mil Mi-35P after confirming the performance of the upgraded variant.

"A probe of eight balloons with anti-state symbols was launched from the adjacent territory. Thanks to the actions of the crews of the Mi-24 helicopters […], the flight of balloons was stopped without the use of weapons,” said the ministry, according to the independent Belarusian news website, TUT.by.
Click to expand...

Not really part of this thread, but did any Western company propose ananalogue design. The Mil24 seemed to be a unique vehicle, which is perhaps why its still around?

uk 75 said:
Not really part of this thread, but did any Western company propose ananalogue design. The Mil24 seemed to be a unique vehicle, which is perhaps why its still around?
Click to expand...

The Sikorsky S-67 Blackhawk (not the S-70 that became the UH-60 Black Hawk) is probably as close as anyone came. It had a potential passenger space for 6-8 and there was a modified version proposed with up to 11 passengers (possibly atg the expense of the armament?)

Yes the Blackhawk did cross my mind. I think they were being offered to the German Army at one stage. A combat duel between a Bundesheer Blackhawk and an NVA Mil24 ?
Here is a demonstrator flying over Cologne. I had this set and always thought the S67 looked cool.

uk 75 said:
Not really part of this thread, but did any Western company propose ananalogue design. The Mil24 seemed to be a unique vehicle, which is perhaps why its still around?
Click to expand...

Nearest equivalent to the Mi-24 family of helicopters would be the MH-60L DAP - although I don't know how many troops the DAP would be expected to carry in any kind of mission or sortie? 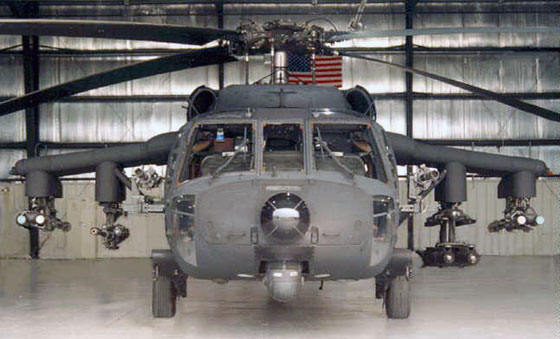 Thanks.. Is the Mil24 much more heavily protected than the UH60?

The armed H-60 is the closest US analog to Mi-24, however the comment that it is not armored as heavily as the Mi-24 is correct. There is still a significant difference in that while Mi-24was designed to "fight" in the main battle area, while the H-60 was designed to "survive" the main battle area to deliver soldiers.
Share:
Facebook Twitter Reddit Pinterest Tumblr WhatsApp Email Share Link