Here are some renderings of a model I was commissioned to create of McDonnell Douglas's never built A-12A Avenger II. While certain details may be of questionable accuracy such as the position of the forward formation lights on the underside, I spent a lot of time studying what few references I could find and basing as much as possible on the full-size mockup as well as the various desktop models. 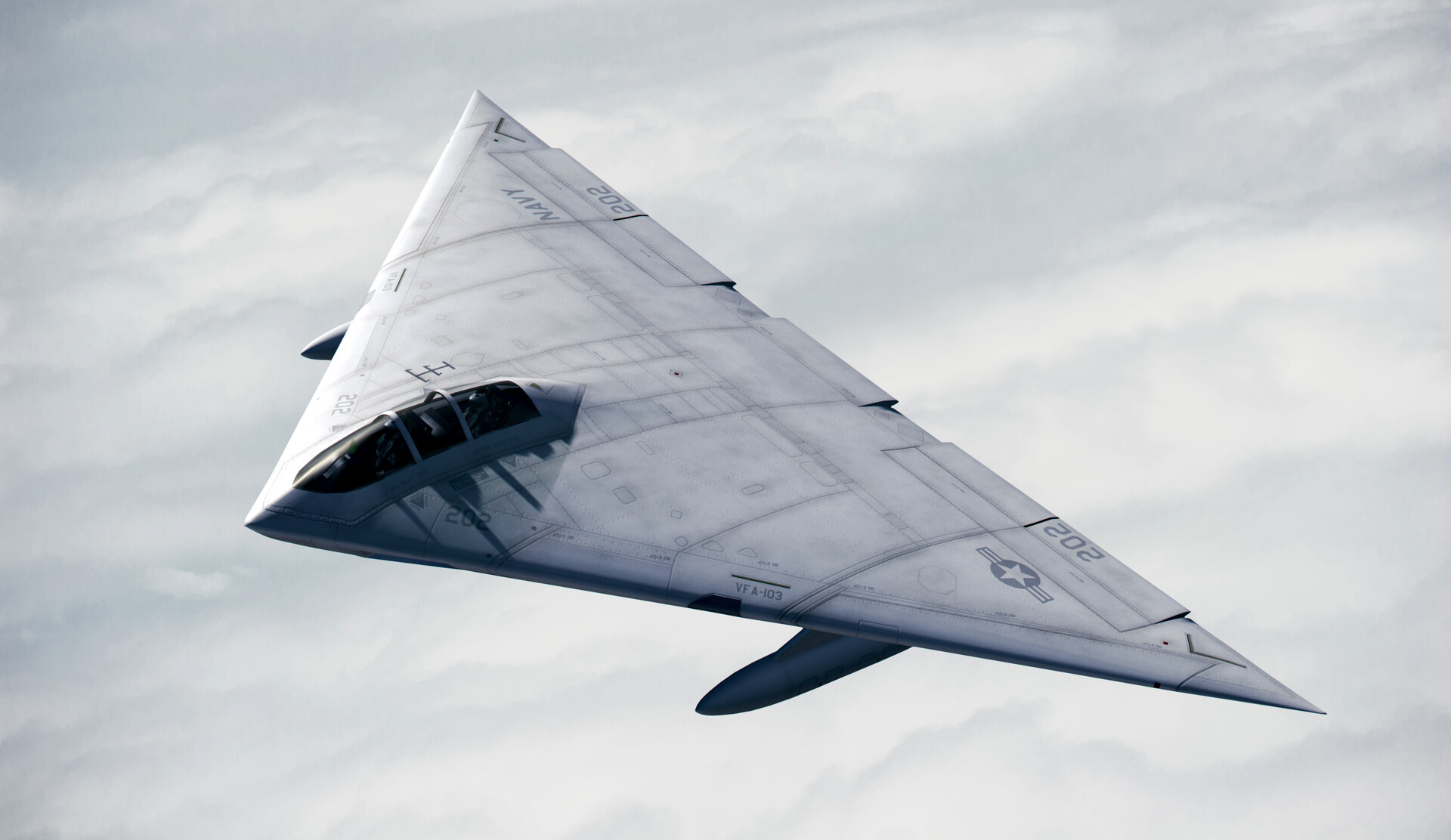 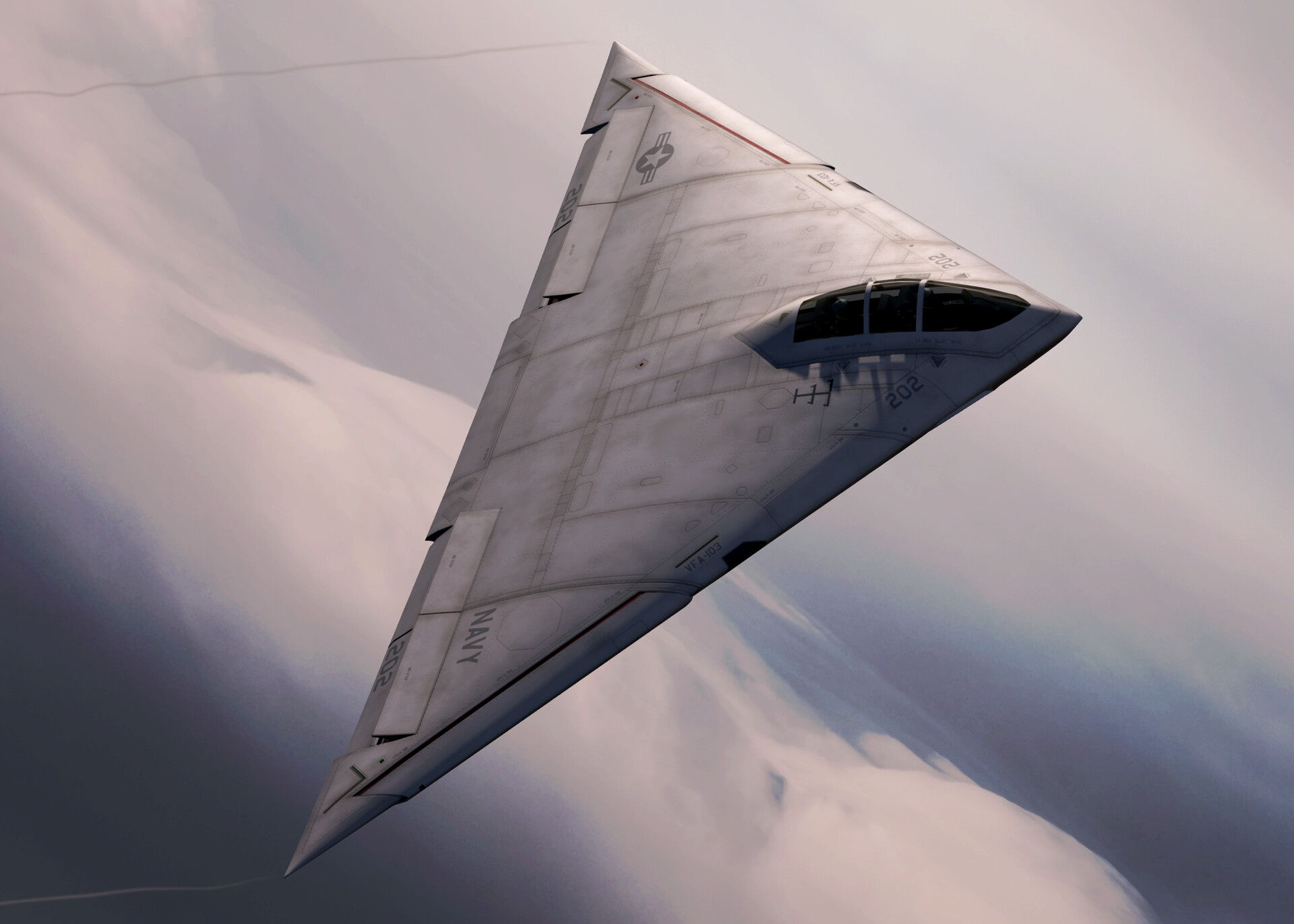 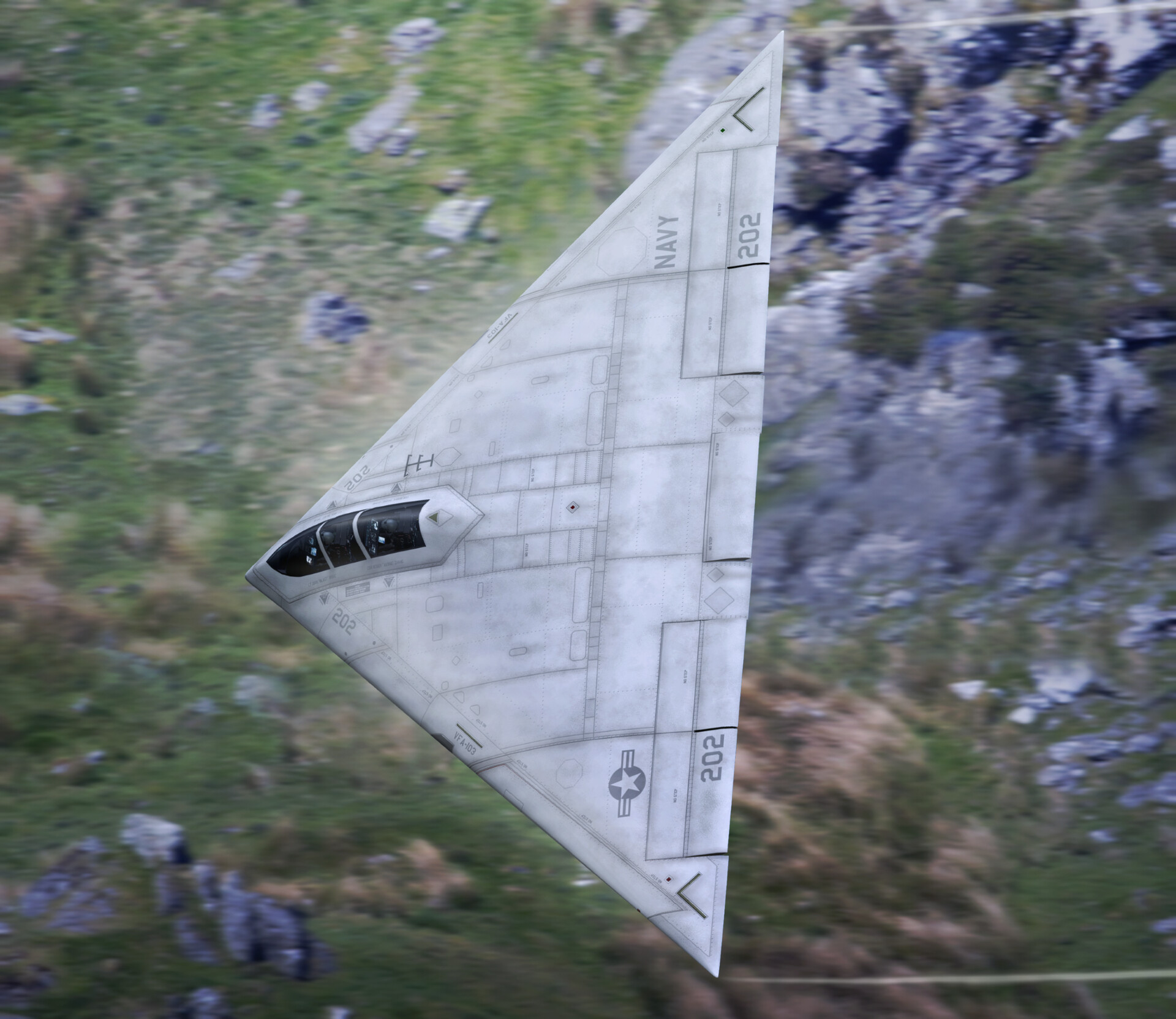 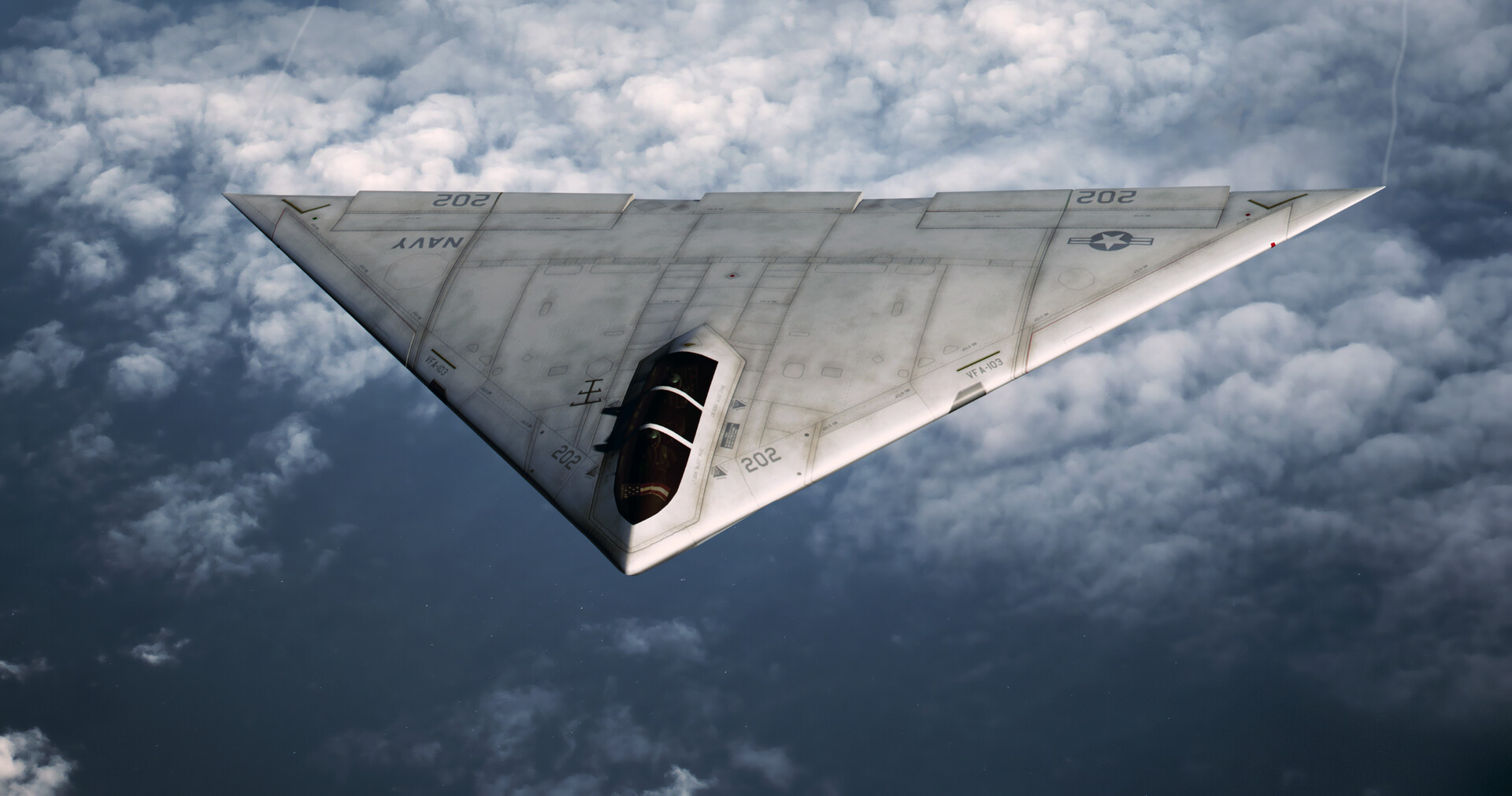 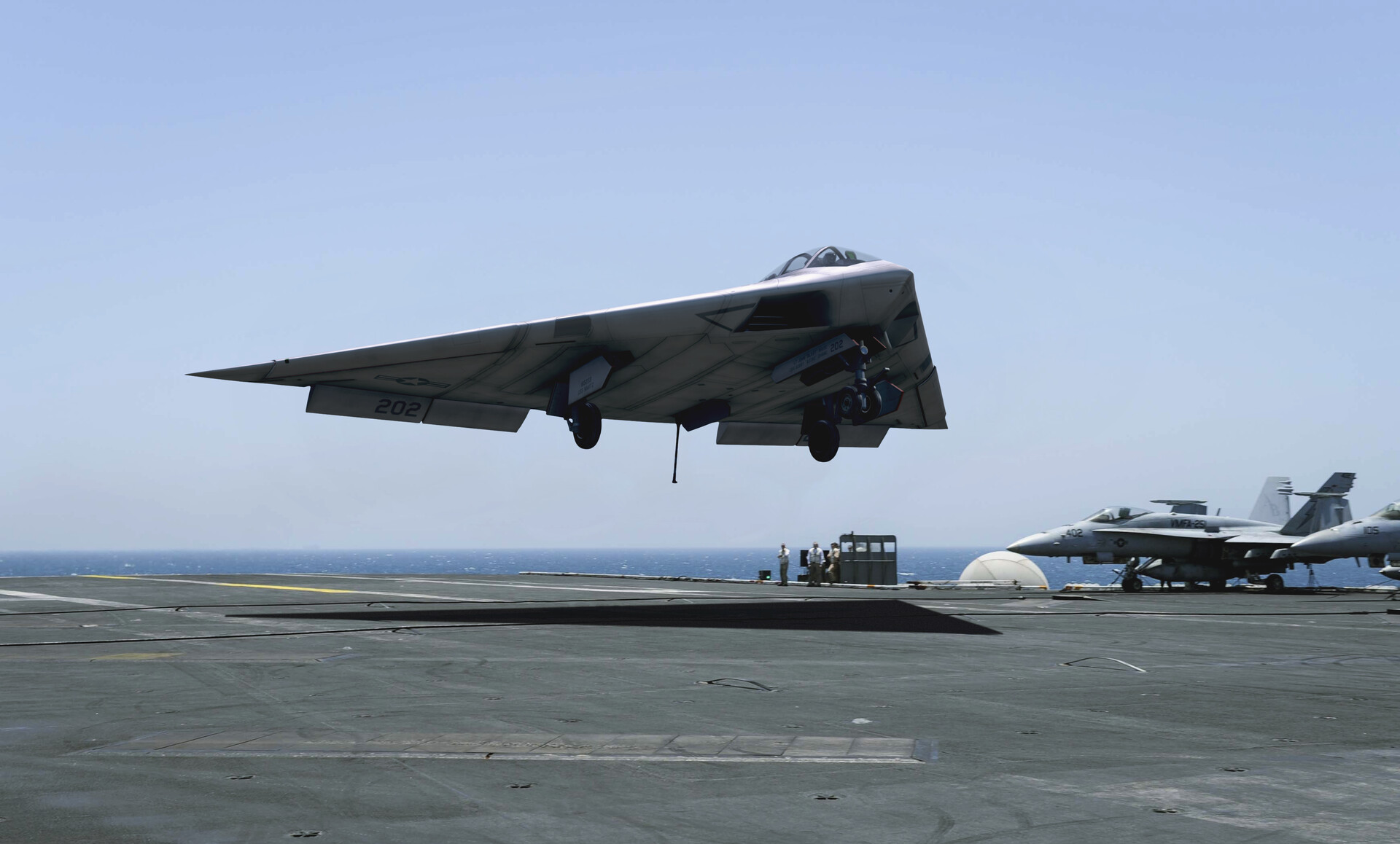 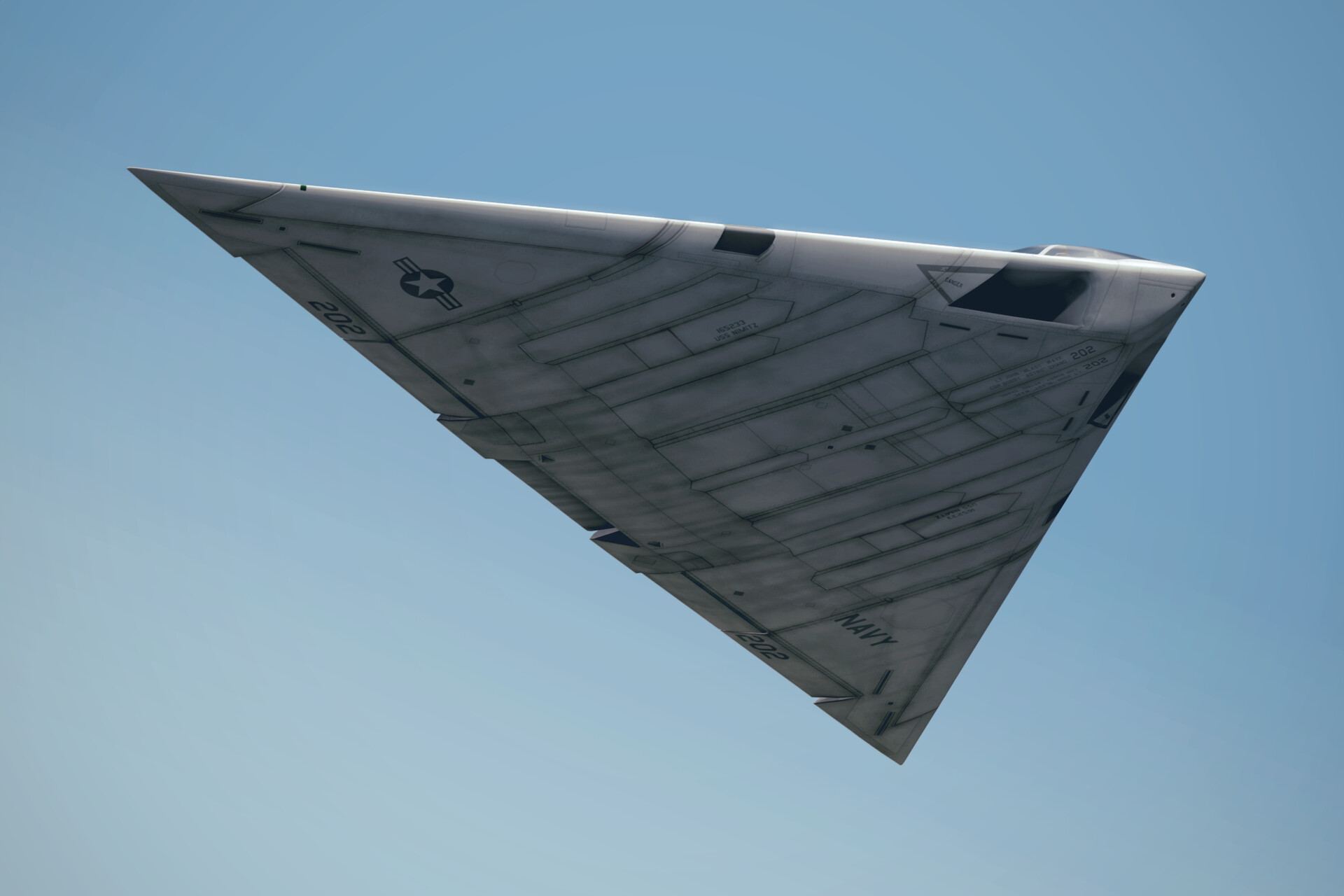 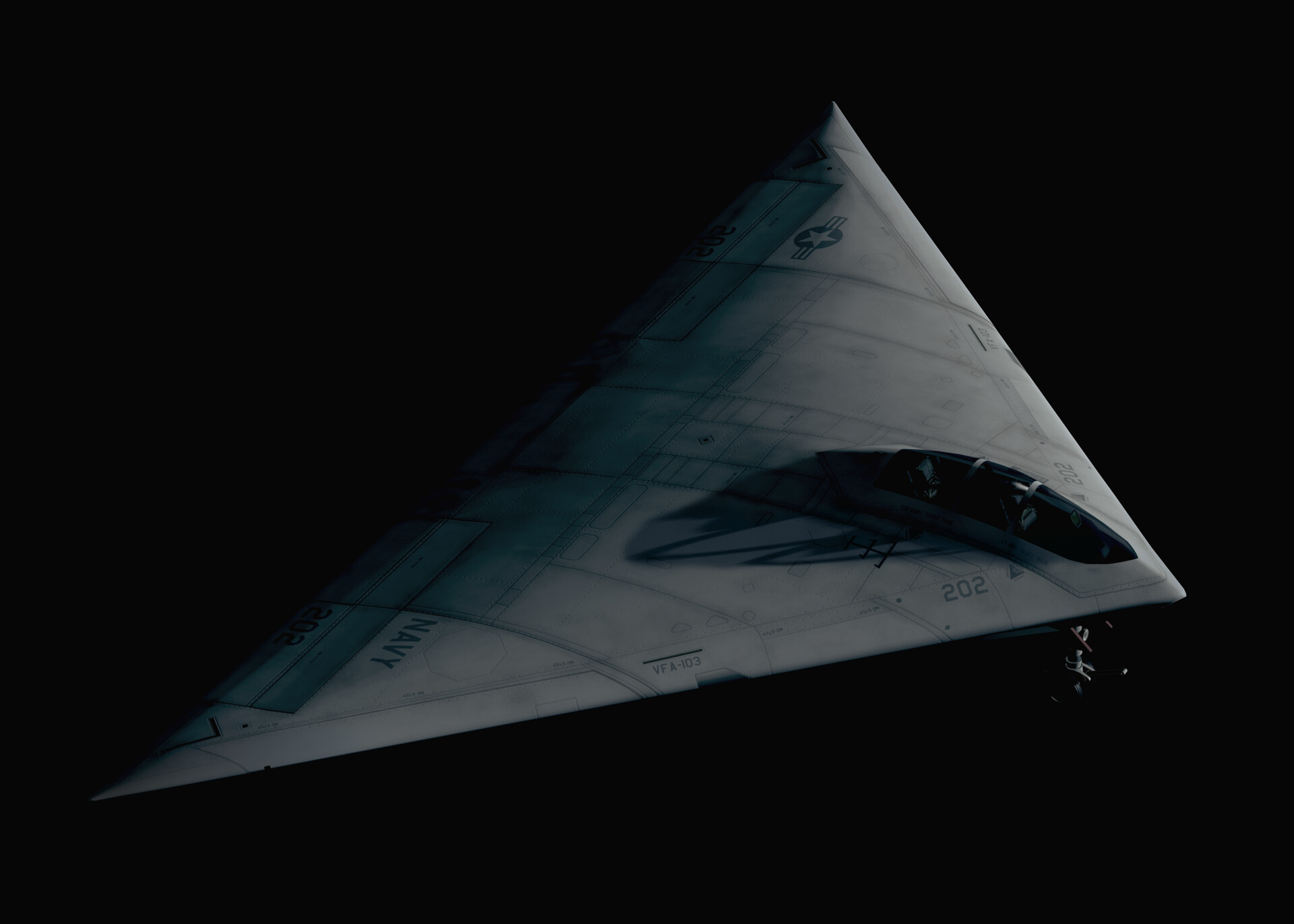 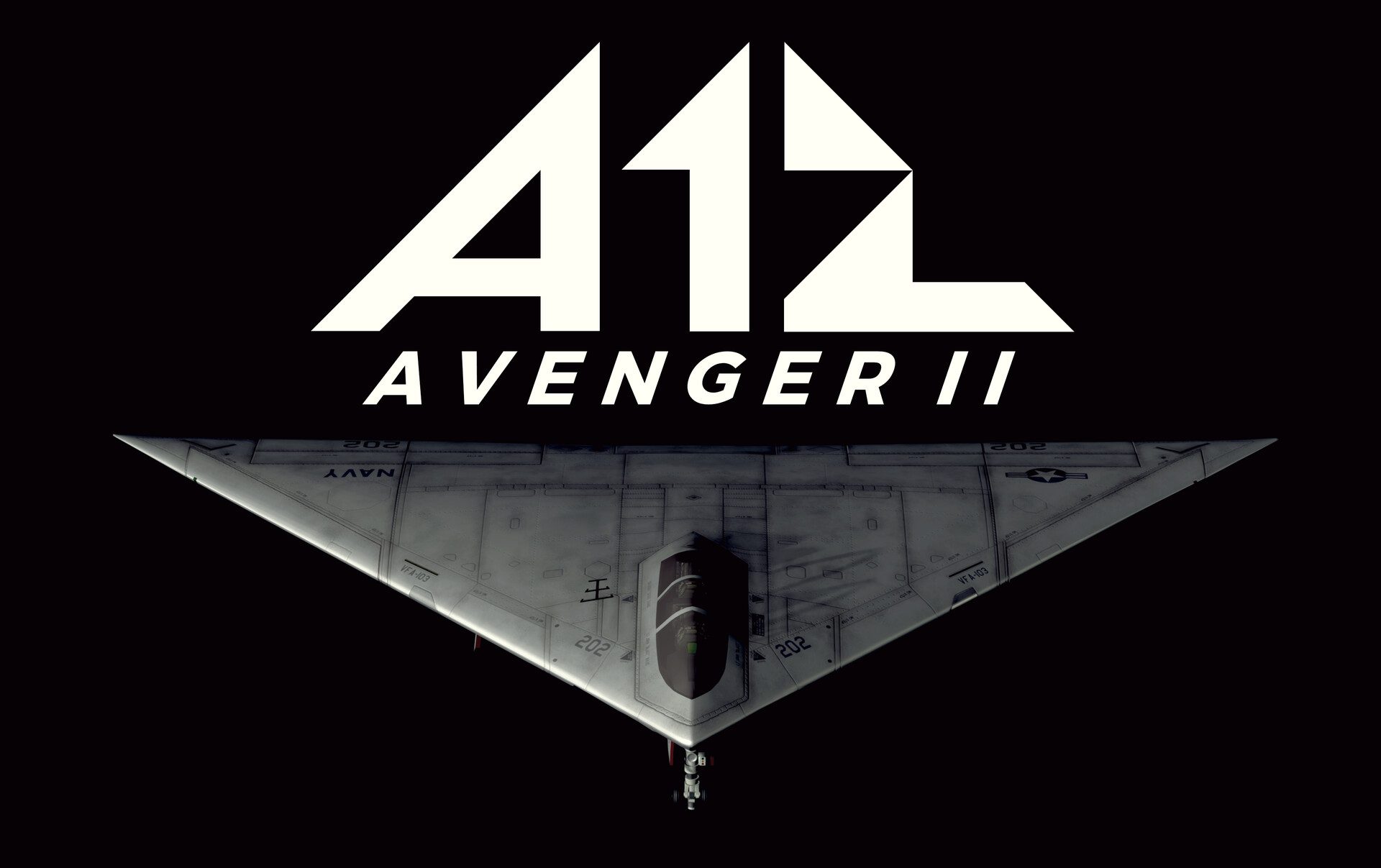 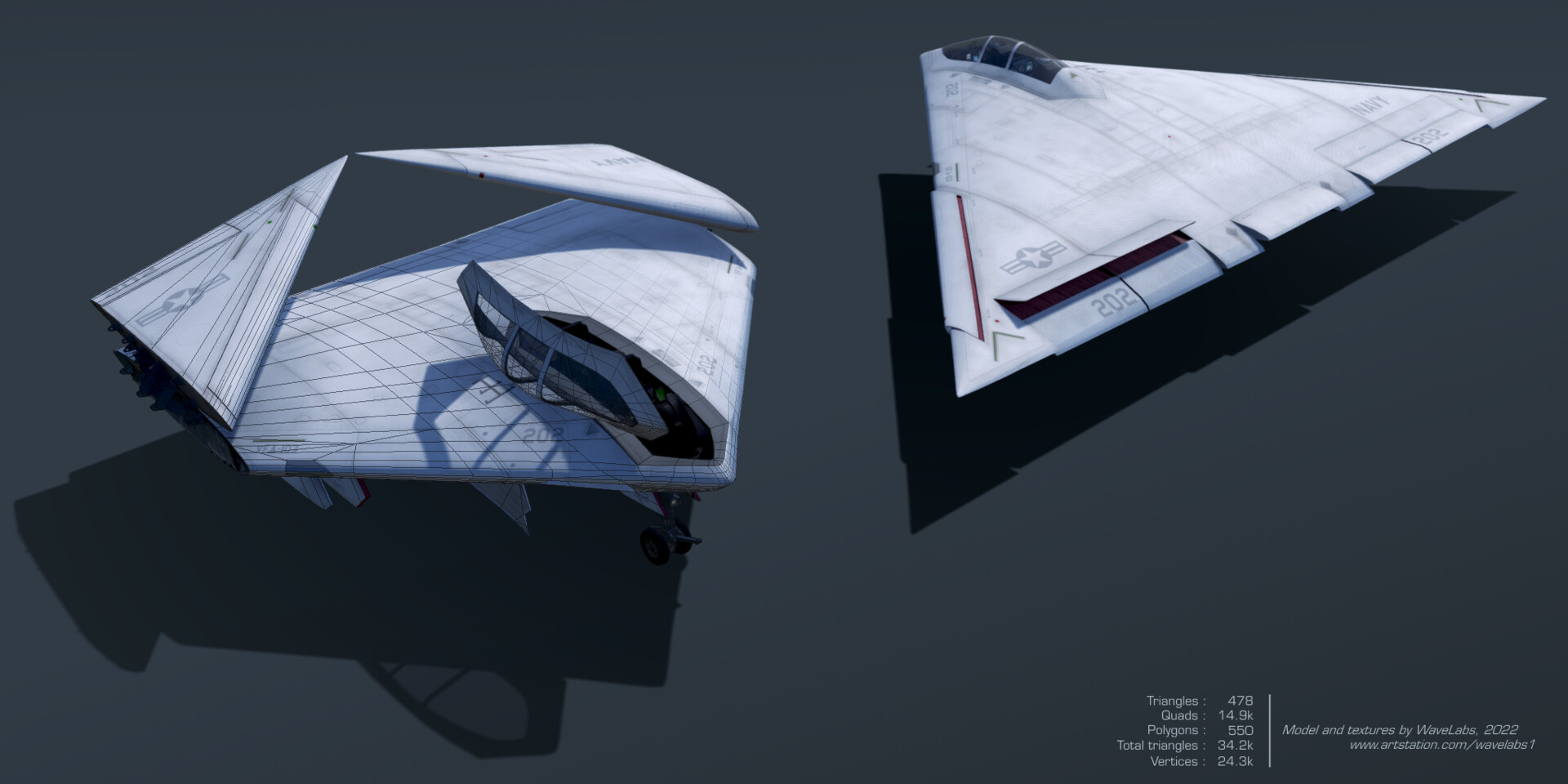 All models and renderings of the A-12 depict it in a light gray US Navy livery, but as this is a 3D model I decided it would be fun to see what such a plane would have looked like in European One camouflage seeing as the F-117 and Have Blue had camouflage liveries. 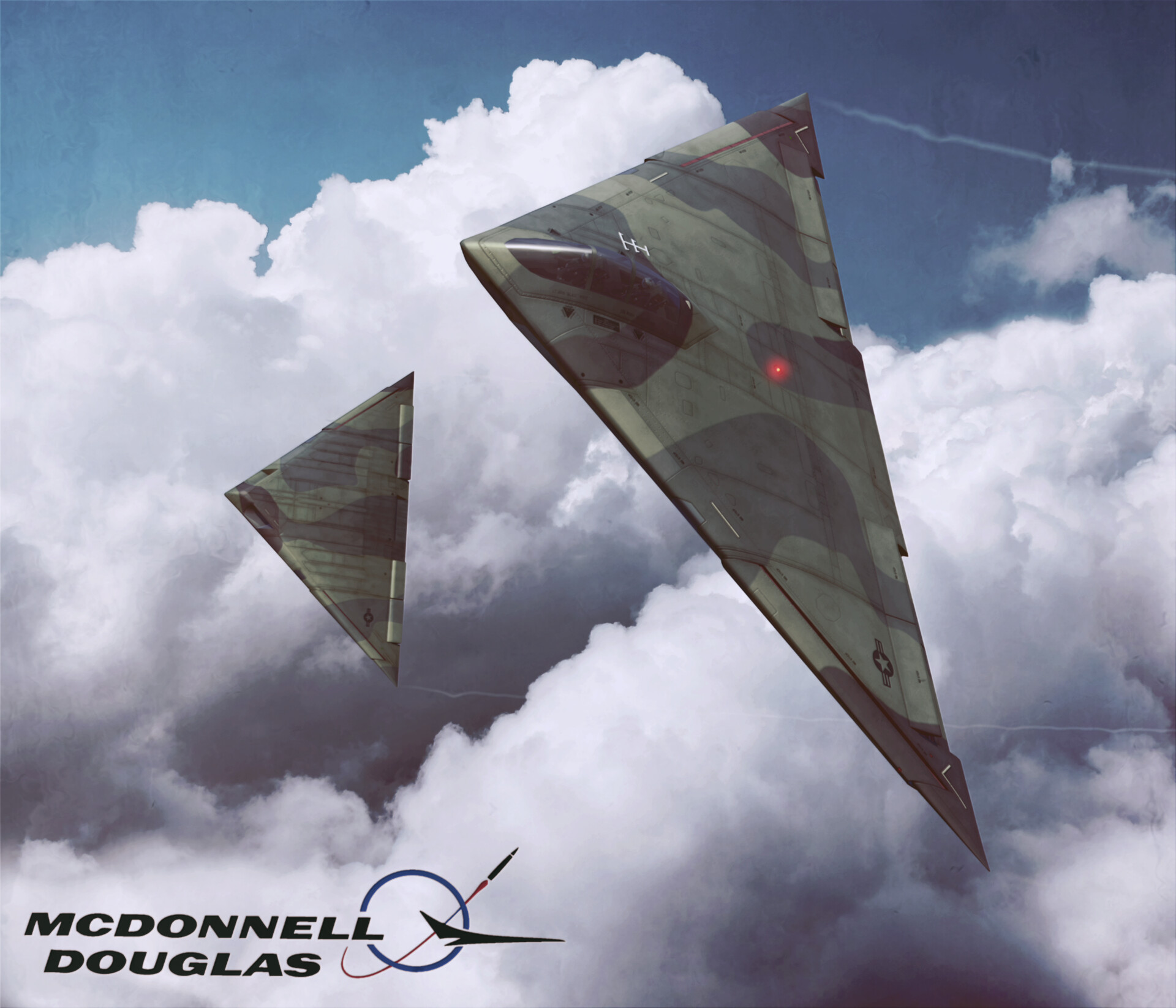 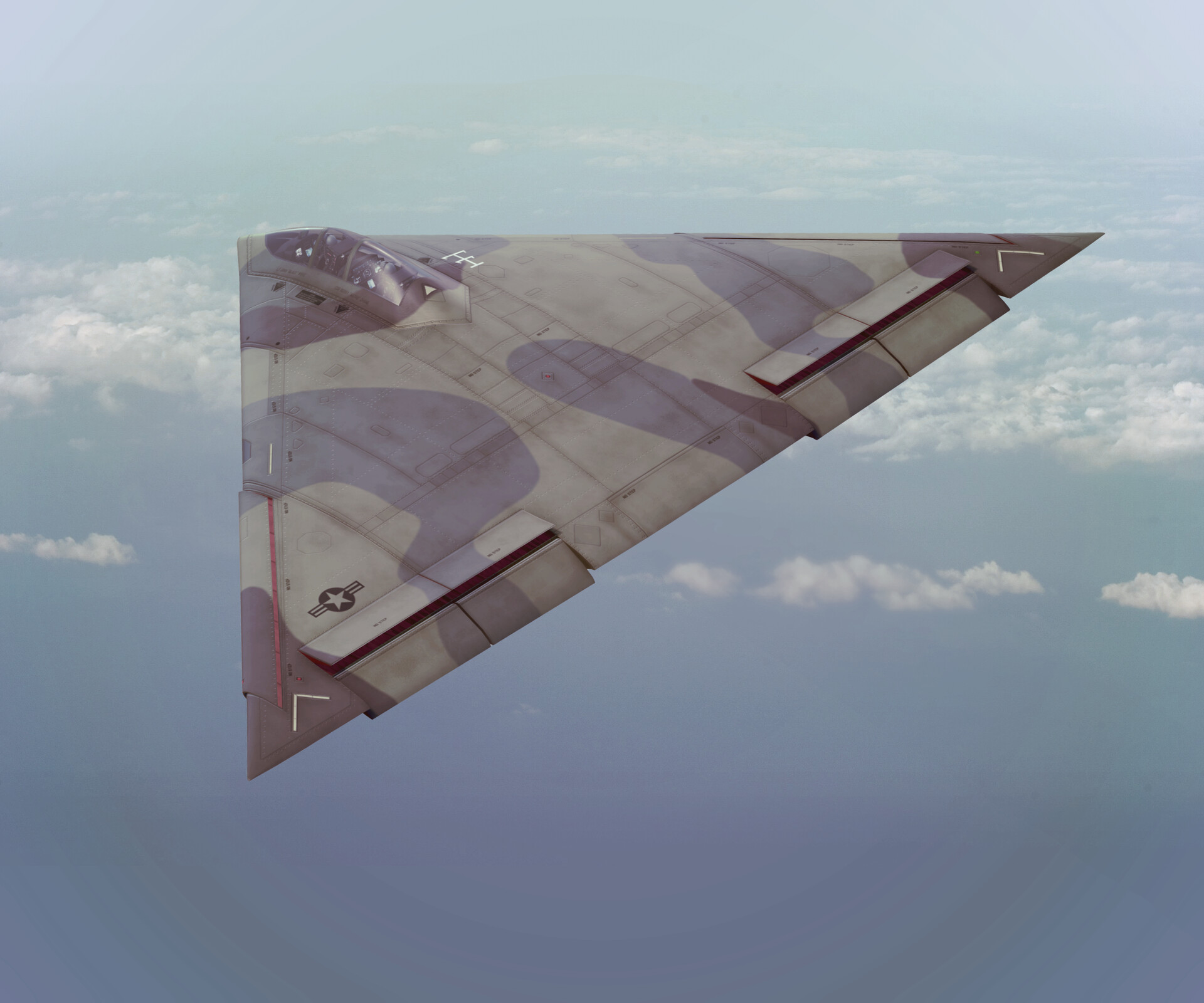 what few references I could find
Click to expand...

I hope your references included this topic, as I would say for an unbuilt design we have a plethora of references.

what few references I could find
Click to expand...

I hope your references included this topic, as I would say for an unbuilt design we have a plethora of references.

Thank you! I certainly did use that thread, I looked at the schematics and especially the detailed manual images posted by BillRo quite a lot.

Posted on the main Avenger thread is this two seater.
The RAF were hoping to get Avengers to replace Tornado in the 90s. I suppose they thought it would replace the two F111 wings in the UK too, so that would be a common NATO theatre asset.
Doubt it would have got camo but I did buy an RAF F117 in a weak moment.

Your A-12 illustrations are very nice, but your control surface deflections are "off". The best example of an operational aircraft that used the same elevon control system is the Avro Vulcan in the video below. Note that the trailing edges of the Vulcan's elevons on landing are up putting a download on the tail and raising the nose. This is the opposite of your A-12 landing illustration. In level flight, there shouldn't be much elevon deflection as seen in the Vulcan picture.

uk 75 said:
Posted on the main Avenger thread is this two seater.
Click to expand...

isn't that a 4 (four) seater? See how the note says "EA" for electronic attack that at the time was the Prowler (4 seater).

@Richard N : if the airframe has a relaxed CG or rear CG, it can be that landing will be done with the elevons down or neutral (see for example the M2K that was specifically designed to not need any positive elevon deflection during landing to correct a short coming of earlier Mirage (sink rate)). 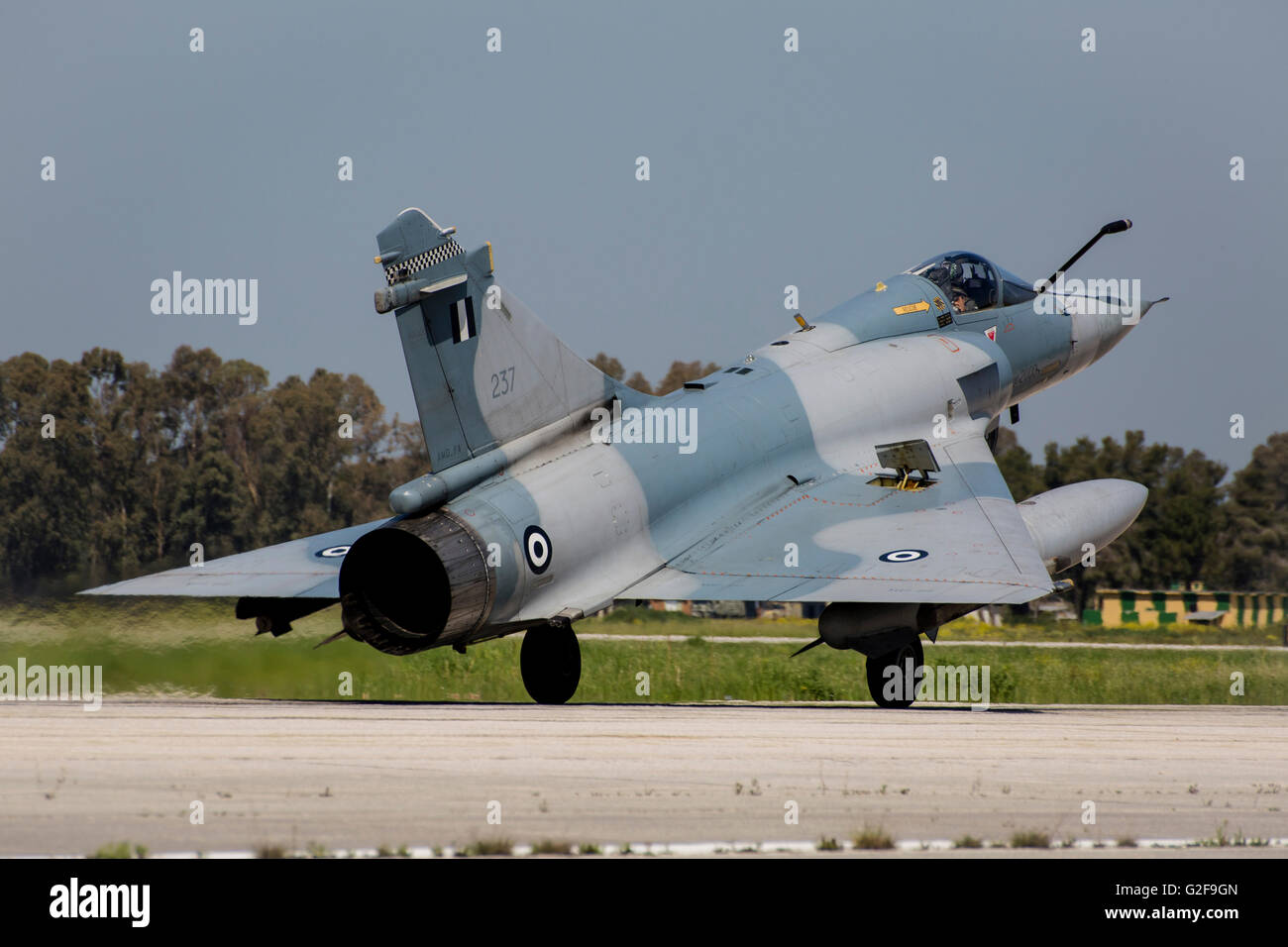 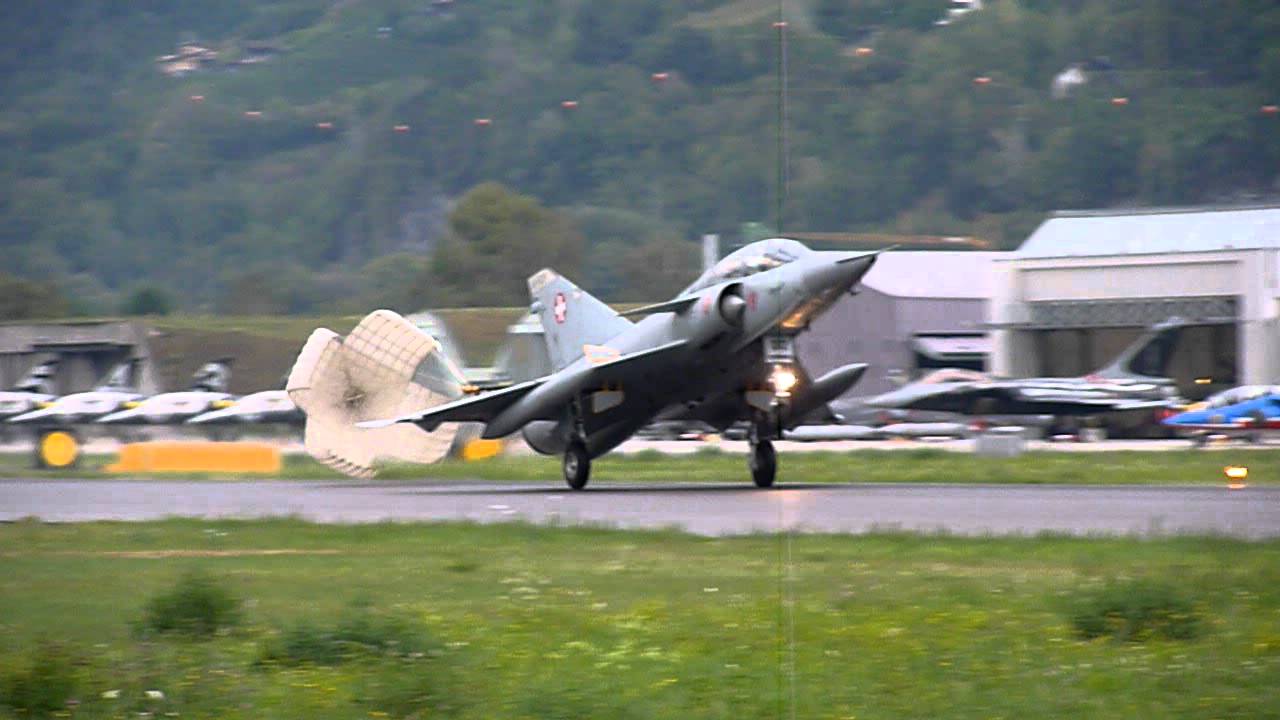 oops sorry..I just went by the two figures in the cockpit.
Last edited by a moderator: May 2, 2022

"@Richard N : if the airframe has a relaxed CG or rear CG, it can be that landing will be done with the elevons down or neutral (see for example the M2K that was specifically designed to not need any positive elevon deflection during landing to correct a short coming of earlier Mirage (sink rate))."

The Vulcan landing with its elevons going up to raise the nose shows how those surfaces work. The 30+ degrees of down elevon shown in the A-12 landing picture would dive it right into the deck. The two camouflaged A-12s breaking away from each other would both have up elevons instead of down. Also, look at pictures of airplanes in level flight and notice how their control surfaces are not noticeably deflected.

The Concorde is another example of a tailless aircraft using up elevons on landing as seen in the video.

To learn how elevons work on a delta wing aircraft, some physical modeling might be helpful. Fold yourself a typical delta wing paper airplane. Trim it with clay or a paper clip on the nose until it glides flat without climbing or diving. Fold the trailing edges up and throw the glider and observe what it does. Then fold the trailing edges down and observe. Then use those observations to decide which elevon command you as the pilot would execute as you came over the runway threshold.

Nice work, especially on the textures

I understand that it's inaccurate for the aircraft to be using such an angle of flaps for landing, however as this is an artistic 3D rendering, I chose to take some liberties in presenting that scene to make it look more interesting. To me it just felt right to show the flaps down as photographs of aircraft approaching carriers during landing always show that sort of "pose" and without them the render felt less interesting to look at.

The same goes with the camouflaged A-12s breaking formation. I think it's unrealistic that they would break formation or utilize both their leading edge slats and spoilers unless they were being trailed by a very slow chase-plane, nor would a stealth plane likely be painted in such an RCS increasing livery, but that makes for a more interesting scene with a color contrast between the airframe and the red slats/spoilers.

Again — I agree with you that it's unrealistic and inaccurate to real life, but because this is a 3D model with those posable details included, I wanted to showcase them despite the inaccuracy.

Actually, if you wanted to reference the control deflections on this aircraft, the A-12, I would reference the B-2. Both the A-12 and B-2 would used advanced FCS and IIRC, the B-2 is neutrally stable. The Concorde and Vulcan and every other delta, except the Mirage 2000, are naturally stable, so they would be poor references. Regardless, nice work. Now you need to convert it to a Microsoft Flight Simulator model so I can fly it.
T