In the Vought Archives I came across a folder with the title "V/STOL Fighter/Attack Concepts (FAVX)" with copies of overhead vuegraphs from a November 1975 presentation. The effort was a direct result of the U.S. Navy's effort in that time frame for a significant V/STOL capability thru such programs as V/STOL A and V/STOL B though I am not too sure just what specifically this effort was tied to. The only design that was familiar to me is the V-521 which seems to be a base design for this effort. Also shown in this presentation was the Superfly concept which is in other threads in Postwar Aircraft Projects.

Have not figured out yet what MBPR stands for - Bill, have you seen that referenced elsewhere in the archives?

The images in the presentation are shown in the order presented.

Thanks for all of the images. However, I feel a bit let down. I'm currently working on a GA/Homebuilt design that I hadn't seen before that uses a ring wing. It isn't a VTOL, but it looks a hell of alot like the RWA configuration. Maybe I'm not as crazy as I thought I was. ;D

Once again you have outdone yourself Mark!
Another project that I was the no wiser too!

MBPR (Multi ByPass Ratio) was an early application of Cross-Flow Fans for VTOL/STOL.

Back in 1975, Vought Systems Division (VSD) (a division of the LTV Aerospace Corporation) was awarded a 12 month contract “Multi-Bypass Ratio Propulsion System Technology Development” by the Naval Air Systems Command [Ref. 3]. The main objectives were to verify the performance capabilities of the Multi-Bypass Ratio (MBPR) Propulsion System through additional tests of the CFF and to conduct studies of the fan structure and fan system. VSD designed, constructed and tested a CFF measuring 12 inches in diameter and both 1.5 inches and 12 inches in span between 6,000 and 13,000 RPM in order to establish baseline performance. Several configurations of a typical setup as shown in Fig.2 [Ref. 3], which included varying the shape of the low and high cavities, different blade designs and the different area of the exhaust outlet, were used to measure the performance of the CFF. The cavities were used to influence the recirculation flow vortices while the ratio of the fan inner to outer radius also greatly affected the performance. Even though extensive tests had been conducted for several configurations, the optimal design parameters were too complex to be determined. In this project, the experimental setup of the CFF was modeled after one of the most optimal configurations determined by VSD.
Click to expand...

Paul, correct me if I'm wrong, but the MBPR configuration would have had two shaft driven CFFs in the nose and two additional units pivoting out on the wingtips? That's quite novel. Thanks for posting the link.

This model is at the Patuxent River Naval Air Museum. Ryan Crierie‎ posted these Pictures at the Facebook group page "The Greatest Planes that never were". 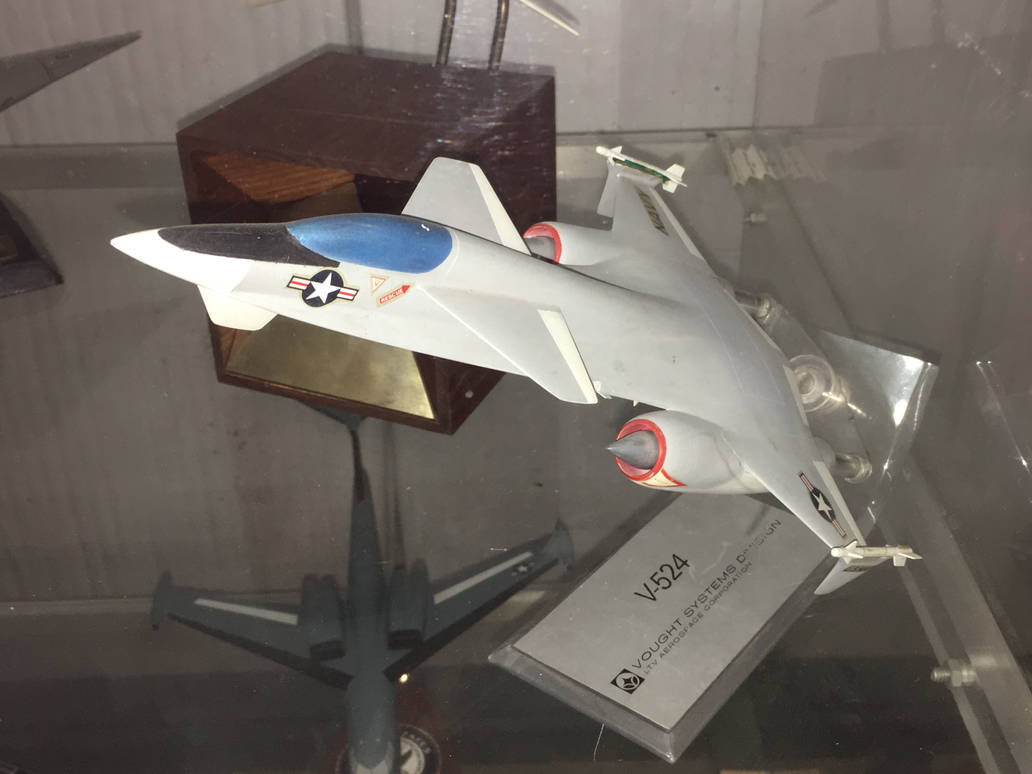 Nice model - thanks for posting it!