(Thanks of that interests and possibility of artist view of technical
problems, I helped to Preliminary design group with new LET projects.
Before Velvet revolution I moved to this department and last seven
years spent in LET I have been working as a Head of preliminary design.
I leaded groups of five to twenty members, established for projects of commuters L-430, L-450, L-510, L-420E, general aviation 4-seat Family
Air or special cargo plane FL-710FX for 6 or 8 LD3 containers,
redesigned for Fairchild-FEDEX from L-610 subassemblies. Along
that work, I have made some own studies for marketing group
and LET management. Thanks of that works I have met all
development needs from basic studies and marketing analysis
to finishing of technological processes, flying proofs and
certification).

obviously in the site,they spoke about it as anther aircraft,
look to its front view and BoxBird,there is two main diffrent,
the rear landing gear and the tail fins.

Believe me hesham, this IS the same project initiated by Alex Norman Clark. But even the two flying demonstrators doesnt look the same. As the design progressed, there was applied bigger wingspan, different wing profile, small winglets, different position of the fuel tanks, single piece aft ramp door replaced by the two pieces door, there were modifications in the front and aft landing gear, the fuselage was shorter by 34 cm, there was different shape of the cockpit glass, redesigned tail with the 55 cm shorter beams, etc, etc, etc...

keyword: same, only in different stages of the development

as there is no more info about it in the Internet;

The L-300 was a low-wing twin engined light aircraft,led to developed L-210,and powered by
two M-601 engines,the E-33 was improved L-210 with T-tail and an engine in the rear cabin
for boundary layer expriments,the XL-36 was an agricultural low-wing aircraft,with a belly-
mounted hopper.

here is a drawings to XL-200 compared with L-200,and the E-33,it was experimental Morava with
T-tail or mid-rear-wing and an engine in the rear cabin for boundary layer experiments.

L-18, Raven, Boxbird, Arava, etc. all remind me of Fairchild C-119 "Flying Boxcar's" baby brother. I wonder about the weight and drag penalties of a pod-and-twin-booms versus tail ramps under modern single-fuselage military transports.

On a side note, the Pink Skyvan is my all time favourite jump-plane. The ceiling is just slightly taller than me, so is perfectly positioned for stability as the airplane bounce during jump-run. Skyvans are not quite as economical as Twin Otter, but far better-sized for skydiving than bigger ramped military transports (Buffalo, Cariboo, Hercules, Chinook, etc.)

there is a Project,which I displayed it before,but I think it was from Let design,and
called Janik,it was a VTOL aircraft of 1961;

Also from this site;

I must warn you that LET, Letov and Wolfsberg are different, mostly unrelated companies.
Letov is one of the first Czech aircraft factories (Letov=LEtecká TOVárna, Aircraft Factory) from the 1920s, until the war owned by the army. After the war, Letov lost its inedependence and its design team (same for all other nationalized companies) and manufactured few prototypes for the design teams centered at Prague-Letňany, then it was used as sub-factory for the Aero enterprise (then Středočeské strojírny, Central Bohemian Machine Factory) and produced MiG-15s. After that, it only manufactured parts for the other enterprises, flight simulators etc. After the Velvet revolution it was privatized and in 1997 split into several subsdiaries, which beame independent in 1998 after the bankrupcy of the main company. Of those subsidiaries, the main one was Letov Letecká výroba s.r.o. (Letov Aviation Manufacturing JSC) continues parts manufacturing as part of the Latecoere Group. There seems to be no projects or machines designed by this company cited here. For production and stuff: Letov Air a.s., another subsidiary dealing with ultralight machines, was bought out by the Britih designer Alex N. Clark, one of the guys who worked on Britten-Norman Islander. He started negotiating with the Letov in 1992 about development and construction the aforementioned BoxBird, for which he founded Wolfsberg Aircraft Corp. in England and after the financial trouble of his Czech partner he bought Letov Air and renamed it Wolfsberg Letecká továrna s.r.o. Another partner in this development was another czech light plane manufacturer, Evektor-Aerotechnik. In 2014, when they introduced Wolfsberg Sparrow ML pusher ultralight and it seems that the company changed its owner and also name (to Wolfsberg Aircraft, s.r.o.).

LET is an old company, founded in 1950 on the premises of secondary factory of the Avia company in Kunovice, Moravia. Its main products were aerotaxis and training planes, so the "old" factories could focus on military production. By the way, in the 1950s it had wonderfully communist name Machine Factory of the First Five-year Plan. this is the company where originated most projects mentioned here. Since 1969 it produced L-410 Turbolet, their only product today. After a many close bancrupcy calls and ownership changes, few years ago they were bought by some Russian company and part of the production is now completed in Yekaterinburg, with fears of transfering all production there. Current name: Aircraft Industries s.r.o.
Production and stuff:

Your first and last post are about the Gryfair "company". that originated in the 1980s as a group of aviation enthusiansts led by Jaroslav Dostál who decided to privately develop an ultralight aicraft. It was built by this guys in the LET Kunovice workshops, where they worked at the time, "serial" production of their Gryf (Griffin) UM-1 run in small firm named TIB and later in their own club, UL klub Gryf Uherské Hradiště. It seems that they later transformed into this Gryf Aircraft, spol. s r.o. (Gryfair) , which doesn't build anything but develop planes for others.

Skyboy - development of Gryf ULM-1 from 1993, built in series by Interplane sro. Czechia.

the first time to hear about L-614,it was a four engined Project version of L-610.

Projects from the drawer - of Let Kunovice design department

the L-610 variants and Projects. 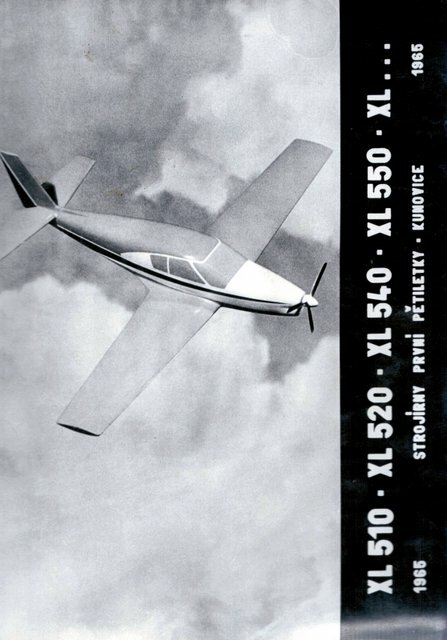 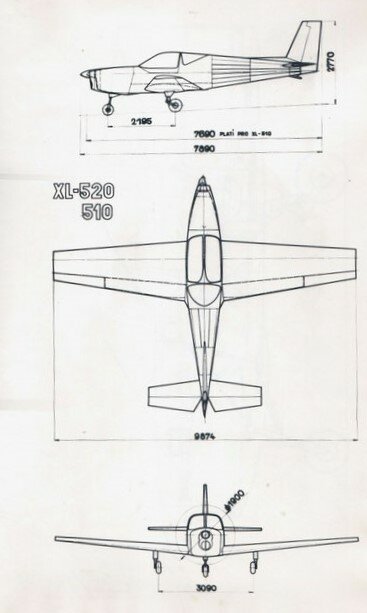 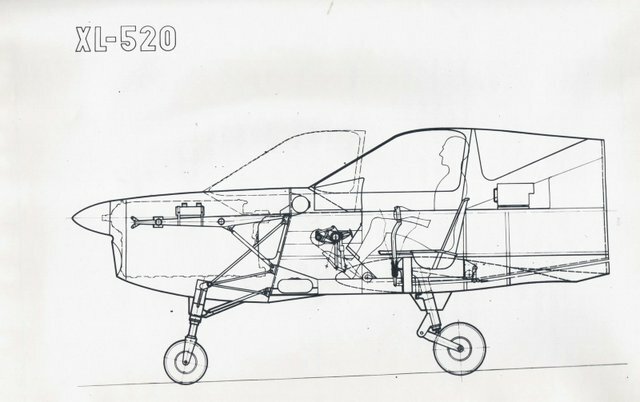 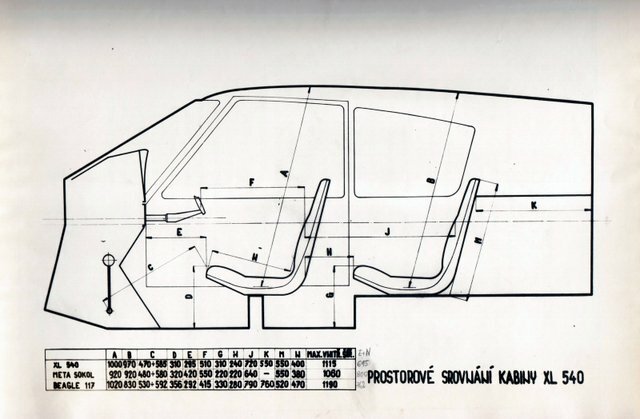 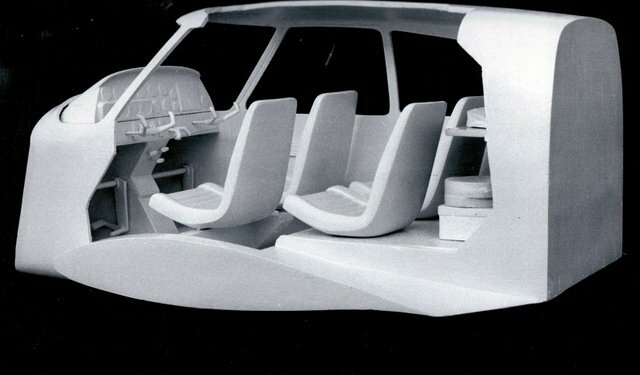