Gambija = Gambia (the intended destination of the flight)
- VEF I-6 'Gambija', crashed near Stettin on 30 May 1933

[1] Auseklits may have been a sign-writer's error. In one closeup photos of the C.1 cockpit, there is a hint of a second 'i' inserted directly before the final 's'.

[2] The AA's Auseklitis emblem was sometimes literally a roundel - ie: placed on a white circle. In other cases, the Auseklitis symbol was surmounted on another maroon-coloured cross. As an AA emblem, the Auseklitis contrasted with the AP's Ugunskrusts ('Fire Cross' or swastika).
-- Examples: https://www.secretprojects.co.uk/threads/latvian-aircraft.21100/#post-425607

[3] Named after the 18th Century Doroteja, Kurzemes hercogiene - the last Countess of Courland - known in her native German as Dorothea, Herzogin von Kurland.

[1] It is not clear whether 'Arsenals' applied new designations to its reverse-engineered aircraft.

[2] Kārlis Skaubītis (1889-1929) was Latvia's first balloonist (1911) often demonstrating parachuting by jumping from his basket-less ballons. Flying Imperial Russian 'Nupors' in WWI, Skaubītis amassed 175 hours before joining the Bolshevik cause. In the later Latvian air force, Skaubītis reached the rank of virsleitnantu (Senior Lieutenant). At Riga on 05 Sept 1929, Vltn Skaubītis stalled the APD Albatros #64 at low altitude due to a faltering engine. Skaubītis and his observer, Serž Masur, were killed in the ensuing crash.
-- https://timenote.info/lv/Kārlis-Skaubītis

[3] This supposed APD AVDI parasol monoplane is included for completeness. I'm uncertain as to whether such an aircraft ever really existed but this 'APD AVDI' is mentioned by Aeroflight.
-- http://www.aeroflight.co.uk/user/not-used/latvia-af1-aircraft-not-used-pre-ww2.htm

[4] Pauls Reinhards' (1903-1990) aeronautical training was undertaken in France. He was a member of the Aviācijas pulks (1928-1934) but also joined the Ministry of Transport in 1931. Reinhards would become head of the exiled Latvian Embassy in London in 1981.

[5] Parent-company of the Maybach-Motorenbau was Luftschiffbau Zeppelin. The huge 23-litre Mb.IV inline 6-cylinder was intended for Zeppelin's R-class airships but also powered a number of fixed-wing aircraft designs. Two of the heavy MB.IV engines were abandoned in Latvia by the retreating Germans.

[1] The a/s is for akciju sabiedrība or Joint-Stock Company. Modern sources often try to 'Latvianize' the corporate identity was the name was intentionally anglicized from the start.

Kristīne Bakmane's personal story was a tragic one. Having started a successful business, she became romantically involved with the Latvian Foreign Minister, Zigfrīds Anna Meierovics. In January 1924, Meierovics became a Director of the Christine Backman Company. A month later, Meierovics divorced his wife and, by May 1924, had married Kristīne. Aircraft design and production was added to the list of Christine Backman Company activities with the purchase of an assembly building at Purvciems in January 1925. Meierovics would be killed in a traffic accident in August 1925. Kristīne Bakmane then became deeply depressed, committing suicide in December 1925. The firm survived her by five year.

NB: It is not clear whether a/s Christine Backman ever applied designations to any of its aircraft.

[2] This re-engining occurred after the airframe was purchased by Marģeris Ķēniņš in the aftermath of the bankruptcy of his former employer, a/s Christine Backman. It would seem that Ķēniņš also turned the aircraft into a 4-seater (2 x side-by-side pairs of seats) but sources are somewhat ambiguous on this. (It is possible that wo separate designs are perhaps being conflated here ... but I think that is unlikely.)

[1] Herberts Cukurs (1900-1965) was a Latvian military pilot but, in 1930, a scandal resulted in him being relieved of his military duties. Cukurs then became a long-distance pilot, famous for his international solo flights - Riga to Bathurst, Gambia (1933 in Cukurs C.3) and Riga-Tokyo (1937 in Cukurs C.6).

After the 1941 German occupation of Latvia, Cukurs joined the Arajs Kommando an organization which, under the Nazi SD, was responsible for much of the Latvian Holocaust. When it was clear that no charges would be brought against Cukurs (then living in South America), the alleged 'Butcher of Riga' was assassinated by Mossad agents.

[1] Inž. Ķēniņš worked for Farman before returning to Latvia and joining a/s Christine Backman. When the latter went bankrupt in 1930, Ķēniņš (along with Voldemārs Bērziņš) bought two airframes which were then leased to the LAK and to the AA (which Ķēniņš would later command).

[1] Georgs Novickis had worked in the AP's repair workshops before resuming his education - graduating in mechanical engineering at the University of Latvia in 1933 before going on to TU Berlin in 1935. His first original design was the LKOD KOD-2 (qv). During the German occupation, Novickis worked for Espenlaub Flugzeugbau in Riga under Irbītis . In March 1944, this team was relocated to Germany to work for the Messerschmitt.

[2] The Aviācijas pulku was not interested in this biplane trainer and Antonius Raab's extradition was being demanded by Nazi Germany. Raab moved his operation to Estonia, building two Schwalbes there before relocating again to Greece.

[1] After service with the Aviācijas pulku as an observer, leitnents Šleiters joined the faculty of the Latviaja Universitātes Mehanikas. In 1937 he helped oversee construction of the LKOD Pirat and also became director of the glider section of the Latvijas Aeroklub. In the same year, Šleiters was injured in the crash of a glider-tug. His IŠ-1 was flown successfully until the Soviet occupation. When the Germans arrived, Šleiters became a member of the Latvian Legion. He was killed a Soviet partisan sniper in September 1942.

[2] The registration YL-ACA was not assigned until March 1939 but the prototype first flew in October 1938.

[1] Note that most of the early designs in the VEF sequence actually predate the 1939 establishment of the aircraft division. As Irbītis was hired to head that division, his designation sequence was retained. The first 'true' VEF aircraft design was the one-off I-11 racer.

After the Soviet annexation, there were plans to produce Yakovlev aircraft in Latvia.

Some sources say that the production of Yakovlev UT-3 (AIR-17) trainers was planned. Other sources suggest that Zavod 464 was to produce either the Yakovlev U-2 or Yak-6 in Riga.

Thanks Hesham. I've added some of those details to my updated VEB list.

The 80 hp Renault engine was a WWI engine, this was not inline but a 8 cylinder V.


I found several pictures of the C-3 but no drawings and the same concerning the C-6 and C-6bis. Who can help?
C

John D. Akerman (or Jānis Akermanis) had a designation system of its own, using his initials "JDA". For example, before the VEF JDA-10 M, he designed a JDA-8 pusher light aircraft in the US in 1931:
http://www.aerofiles.com/_ab.html

Thanks for the Akerman details c460.

So, the JDA-8 was a 1931 design. The Akerman Tailless student project doesn't seem to have a designation. And the JDA-10M is a 1939 type. It is just conceivable then that the aborted 1936 fighter design for Spain could have been the VEF JDA-9 (pure speculation, of course).

the VEB I-10 called I-10 Vanags,a light aircraft maybe;

here is a Cukurs C-2 Peka-Peka,maybe it was a light low-wing monoplane,or developed from C-1 ?. 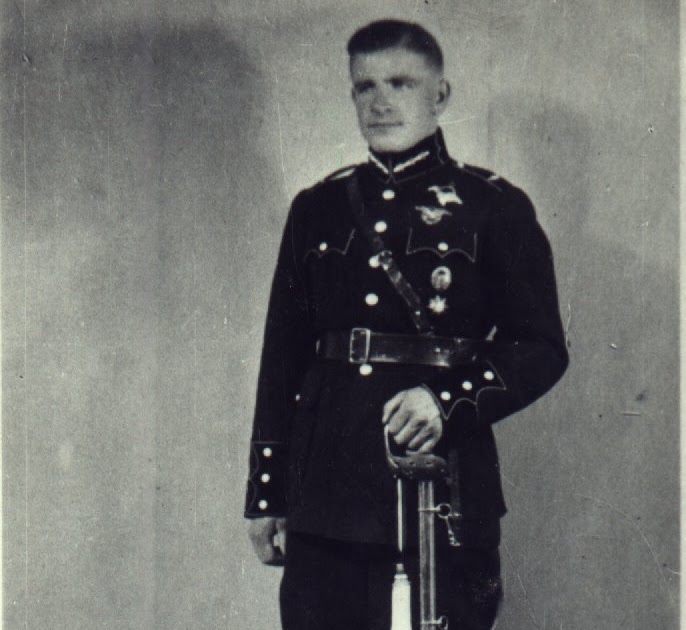 The designation list in post #1 has now been completely revised and (I hope) brought up to date.

My original Latvian list needed work (it had been mounted over a decade ago but that was based on an even earlier 'Baltic' designation list). Along with re-organizing and updating. I've also added clarifying footnotes to each sub-section as well as some biographical information for Latvian aircraft designers. As well, there is a section translating and explaining meaning of 'popular names' for Latvian aircraft.

Many thanks to hesham for access to Latvijas aviācija un tās pionieri (Latvian aviation and its pioneers) by Kārlis Irbītis (Zinātne, Riga, 1997). Do any members have access to Irbītis' other book, Of Struggle and Flight: The History of Latvian Aviation (Canada's Wings, Stittsville ON, 1986)?

A note on accents: This time, I have tried to include Latvian diacritical marks. These are widespread in Latvian but are most obvious in people's names - eg: what elsewhere would be Karl or Jan become Kārlis and Jānis in Latvia (with the macron diacritics indicating 'long' vowel pronunciations). These 'additions' seem mainly to be aids to pronunciation in spoken Latvian. These Latvian masculine noun declensions also confuse the heck out of us non-Latvian speakers!

A case in point is the firm of a/s Christine Backmans. To Anglo eyes, that reads as a female name. And, in Latvian noun declension, a feminine noun should end with an 'e'. [1] But this company name is also seen rendered as 'Kristīna Bakmane' or even 'Kristīnes Bahmanes'. What are we hapless monolingual Anglophones to do with that? A little biography solves the gender issue. [2] Kristīne Bakmane (1897-1925) began her enterprise as a coal importer with the Anglicised name of the Christine Backman Company - often refered to in Latvian sources as a/s Christine Backman for its joint stock company status.

Latvian masculine noun declensions extend to surnames as well. However, Latvians writing in English seem to drop the declension when convenient - eg: that which belonged to Jānis Steglavs may be written Steglav's. I assume this to be because no pronunciation modifier is needed in English. I hope that I have caught most of the Latvian diacritics - they strongly effect pronunciation. [3] If I have badly garbled anything, I hope that forum members familiar with Latvian will put me straight.

Below, for completeness, I have added a new section listing pre-1921 aircraft design and construction in Latvia (and by Latvians). Few of these aircraft were given actual designations. But, who knows, perhaps some designation for Latvian pioneer aircraft designs will be revealed over time?

As always, further information on projects, comments, and corrections are most welcome.

[2] For a biographical note on Kristīne Bakmane, see the a/s Christine Backman entry in post #1.

[2] As Lt. Pulpe, scored 4 victories flying for France. His fifth victory was gained after returning to fight for Imperial Russia but Eduards Pulpe was KIA in 1916 (dates varying widely depending upon source).

[5] The Kudashev-IV was a Blériot XI-style single-seat monoplane. Latvian Aviation credits "Russian designer Kojaz Kudashov". Actually, the designer was one Prince Alexander Sergeevich Kudashev (А.С. Кудашева). His previous Kudashev-III - built at the Kiev Polytechnic Institute where Kudashev was a professor - formed the model for the Kudashev-IV/RBWZ-1 prototype.

[7] Alfrēds Rozentāls would be shot down and killed on 08 Sept 1915 while flying for Imperial Russian Air Service.

[10] Oļģerts Teteris joined the Imperial Russian Air Service and scored at least two confirmed 'kills' (with claims on up to six aerial victories) before being KIA on 28 February 1917.