That's the Krupp "Raumer s." A mine clearing vehicle. Apparently only one built, captured in Germany by the US. Not a "super truck," just a vehicle designed to roll over mines and not get blown to flinders... an early vehicle of the kind like the "Buffalo" currently being used in the Iraq theater of operations. 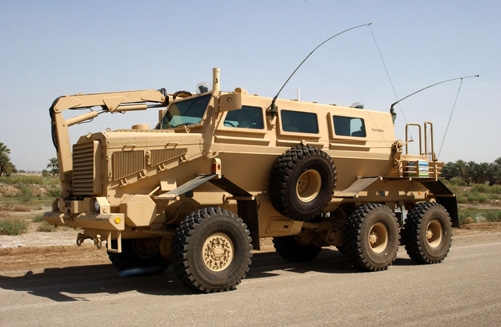 you are right about the mine clearing part ... it is indeed a 130 tn super heavy mine exploding vehicle which is why just blase wheels ... but to say that this is a predecessor of the Claw is a bit of a stretch except in the vaguest generic sense... apparently this German vehicle has also been used for moving stuff... which is why I posted it


avatar said:
but to say that this is a predecessor of the Claw is a bit of a stretch except in the vaguest generic sense
Click to expand...

Predecessor in the sense that both vehicles are meant to drive around in mined areas, get blasted upon and keep driving around, clearing the way for other vehicles. Not in the sense that the designers of the Buffalo used the Raumer S as a blueprint, no.
A

or did they ? more interestingly what kind of a hull did this beast use to disperse the blast?


avatar said:
or did they ? more interestingly what kind of a hull did this beast use to disperse the blast?
Click to expand...

The thickly armored kind. Sloping armor doesn't seem to have been important. The distance from the ground to the bottom of the vehicle is fairly substantial, the designers may have thought that that distance coupled with thick armor would be adequate.
A

and was it adequate ? did they use pure metallic armour? OBB take a closer look at the front section ... I think it slopes ( and the back as well)..
J


avatar said:
or did they ? more interestingly what kind of a hull did this beast use to disperse the blast?
Click to expand...

The 'Claw' and other similar mine-proof vehicles trace their origins back to the vehicles used by the Rhodesians and South Africans.

hey thanks for that ... however before the moderators or hey cut this vril stuff out camp jump on me .... I'd like to make a tenuous link ... maybe those SA vehicles were first thought up by german expatriates ( read fleeing Nazis ) in any case what do you think of the Raumer's sloping front and back
B

Did not most German armoured vehicles have sloping fronts (indeed this vehicle like a few other armoured cars has a front at both ends by the look of it) to help deflect shells from penetrating?

Jon - thanks for the link.

avatar - the hull slopes at the front and rear for ground clearance. It would not deflect blast in the same way as the South African vehicles and their many conceptual descendants.

There is no ex-Nazi connection with the South African mine-resistant vehicles with V-shaped hulls. The concept was formalized by Dr Vernon P. Joynt at CSIR (South Africa's Council for Scientific and Industrial Research).

Dr Joynt helped develop those early Rhodesian concepts into vehicles like the Buffel and Casspir through Mechem (essentially the production side of the CSIR). He was also responsible for commissioning prototype vehicles from the Windhoeker Maschinenfabrik (WMF) in Namibia. (As close as you're going to get for any 'German' connection.)

Those commissioned prototypes (developed from WMF's Wolf) were called Minekiller. Minekiller, in turn, was refined and 'productionized' by Mechem into the Buffalo for Force Protection.

BTW, Dr Joynt is now also the Chief Scientist at Force Protection, a firm started by Garth Barrett (ex-Rhodesian SAS, then commander of the ex-pat D40 Recce, SADF). So, no German connections there either.


avatar said:
OBB take a closer look at the front section ... I think it slopes
Click to expand...

Not by much.
A

okay okay .. it has no monocoque v-shaped hull and it has no vril connection ;D .... spoilsports

I spotted the following at a dubious website (http://strangevehicles.greyfalcon.us/): 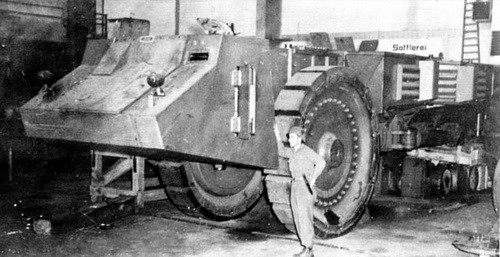 It looks like the APC from Aliens, is this a real vehicle or the product of the site creators imagination and Photoshop?
I


It's real, it's a german vehicle to remove mines. ;D
It's a prototype. it's never used.

Are there any other pictures?

The webpage you link to above has quite a few pictures of this vehicle and its name "Krupp Räumer S". If you had taken this name to Google or even the search function of this webpage all you questions would have answers:

Enough with the bickering guys. Merged with existing topic.
S 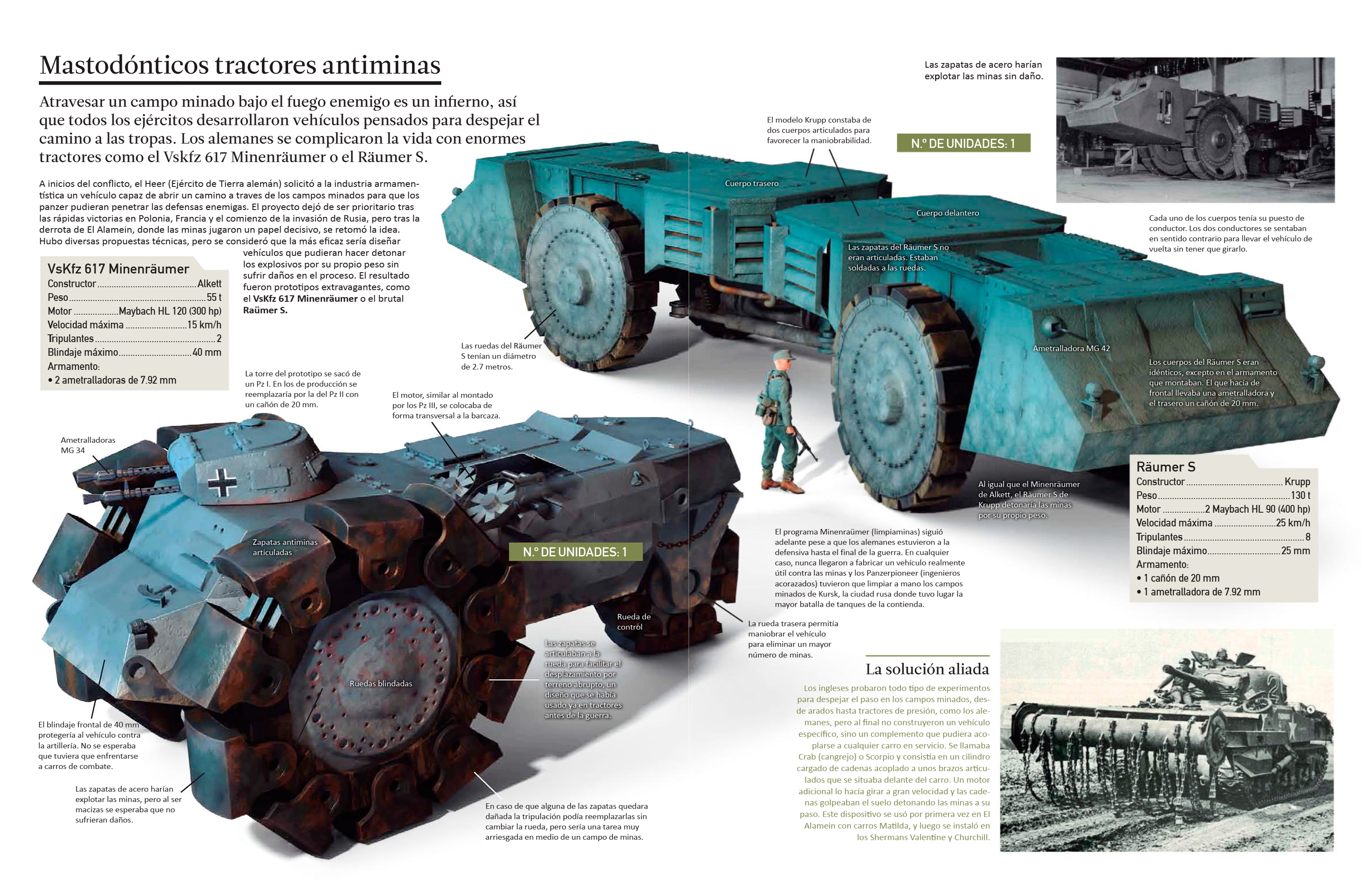 Krupp Räumer S (Selbstrantrieb) Schweres Minenräumfahrzeug In 1944, Krupp constructed the prototype of a super heavy mines destroyer. This monster of 130 tonnes was articulated in its center, and w…