The Kazan Aviation Institute was started in 1932 as a school training aeronautical engineers to replace the aerodynamics division of the University of Kazan.
Further aviation work led to specialisms in instrument-making, radio and electronics, and machine-building industries.

The organisation produced many experimental and research types, especially during the Soviet era of Russian history.

KAI-4 (1) / DKL
Short-range Passenger Transport (1935)
In 1935 work started designing aircraft KAI-4, with twin-engines for passenger transport over short distances. The aircraft weighed in at 3 tons and was a wooden structure with retractable landing gear whicg met all the requirements of the time. The two pilots and ten (according to other sources - six) passengers were in the fuselage, which had even a toilet. The design was thought to provide a sound basis for any cargo or military transport roles that may follow. In August 1937 under the leadership of M. Parvitskoy it was built at the factory number 124 in the 18th workshop. It was fitted with a pair of MG-31 (300 hp). At that time Stalin and his government shown little interest in civil projects and the KAI-4/DKL was dropped (DKL = двухмоторный, краевой, линейный).

Kazan KAI 6
Training Glider (1956)
A wooden glider design which flew in March 1956, flown by secretary of the Komsomol committee of the Institute Alexander Pantyukhin . The glider suffered at least four crashes and subsequent rebuilds.

Kazan KAI 13 Letayushchaya Koltso
Flying Car (1958)
A compact vehicle project to which towed pieces could be attached to produce a VTOL aircraft. Assembly weighed around 150 kg. Known as the "Flying Ring" or “Flying Platform” , it had a single piston engine, tested in 1958. See also http://www.secretprojects.co.uk/forum/index.php/topic,3310.msg26640.html#msg26640

Kazan KAI 14
Glider (1950s)
Metal glider design with a lightweight airframe. The KAI-14 conformed to the international Standard Class specification. Construction was all-metal and appeared in two versions. The first was a single-seat competition sailplane, in which the pilot reclined under a long flush canopy and which had a highly polished finish. The second version, was the standard for the series production had a conventional seat arrangement and lacked the polished finish. The wings were a cantilevered shoulder-wing monoplane with wing leading edges swept forward. The landing gear consisted of a non-retractable mono-wheel, faired into the bottom of the fuselage.
WING SPAN: 15.0 m
TAIL SPAN: 2.25 m
LENGTH: 5.82 m
MAXIMUM TAKE OFF WEIGHT: 260 kg
MAXIMUM AERO TOW SPEED: 140 km/h
MAXIMUM WINCH SPEED: 100 km/h
MAXIMUM DIVING SPEED: 250 km/h
LANDING RUN: 80 km/h
FIRST FLIGHT: 1957
MINIMUM SINK RATE: 0.58 m second at 90 km/h

Kazan KAI 82 Better
Utility Aircraft (1990s)
An air taxi prototype aircraft with a tandem scheme, a multipurpose pusher-type aircraft with 4 to 6 seats with a fixed landing gear.
Like the similarly configured KAI 81, it took on glider characteristics if the engine was off. See also http://www.secretprojects.co.uk/forum/index.php/topic,9321.msg84728.html#msg84728

Kazan KAI 83 Moskito
Unmanned Aerial System (1990s)
An unmanned aerial vehicle developed on the basis of the earlier ultralight aircraft KAI 81. It was a flying wing type design with a tail mounted on two thin circular booms. The main objective of the UAV was aerial reconnaissance.

Kazan KAI Koltseplan VTOL
Experimental Aeroplane (1967)
A 1967 project, which remained undesignated, for a vertical take-off aircraft. It was referred to in some publications as the Koltseplan. Powered by a Czech built M-337 (210 hp) 6-inline engine which drove two four blade lift and thrust ducted rotor airscrews which pivoted 90 degrees on each side of the short fuselage with a ducted four-blade propeller in the tail. There were no other tail surfaces. See http://www.secretprojects.co.uk/forum/index.php/topic,11442.msg13568.html#msg13568

Kazan KAI-002 Lark
Ultralight Helicopter (2012)
The KAI-002 Lark (or Skylark) was announced publically in 2012. It featured a fully patented version of coaxial propellers, which the KAI believed easier to build than that of the Kamov Design Bureau. It was the first aircraft from the Kazan Aviation Institute to be created entirely from composites.

Kazan KAI Ikarus
Ekranoplan
A wing-in-ground-effect (WIG) design from the Kazan Aviation Institute under the leadership of Vyacheslav Firsov, Professor of Structural Mechanics. In September 2007 it was at the experimental prototype stage of flight testing. The aeroplane had rectangular wing and strongly developed horizontal tail. The wing was free of mechanization and controls. This and simplified the design and manufacturing technology of the wing. The machine was made entirely of fiberglass with extensive use of sandwich structures. The fuselage and wing had a single-curvature that minimized the amount of tooling required.

Kazan KAI Kruiz
Ultralight (2000s)
A trike-type ultralight with a Rotax 503-918 engine bearing the name Kruiz (Cruise). It had a fixed wheel or ski undercarriage and a high mounted material wing with internal tubular support. The aircraft was controlled by a bar in front of the pilot.
ENGINE: 1 x Rotax 503-918
WINGSPAN: 10.0 m
LENGTH: 2.4 m
HEIGHT: 3.5 m
RANGE: 350 km
ACCOMODATION: 2

Kazan KAI Turbodiskolet
Experimental Rescue (2000s)
For take-off, landing and rescue aircraft from the wing blades are put forward, turning it into a rotor. In horizontal flight, the lift force is created rotating disk wing, in which the blades are removed.

Kazan KAI KAI-VT
Advanced Unmanned Flying Wing (2010s)
A project which was characterized by its simple design. I was to be balanced in all flight modes with the ability to perform horizontal flight, vertical take-off and landing and hover in one place.

Kazan KAI Tandem Scheme Project
Advanced Passenger Transport
An aeroplane tandem scheme project with all-moving wings allowing for horizontal (or nearly horizontal) position of the fuselage on take-off, landing and during the flight of the aircraft. Two equal sized passenger fuselages each with its own wing and helped reduced the weight of the fuselage of the aircraft structure as a whole. The two engines were rear mounted.

Kazan KAI Short Haul Twin
Advanced Twin Utility Transport
Specific design of the aircraft is that most of the primary structure is made of composite materials. A twin engine type for business or short haul use the wings featured winglets and the type was to have a T-tail configuration. The selected power plant were two Czech Walter M601E.

Aircraft with rotary wings - Butterfly wings directly change the lift. The fuselage of the aircraft is always in the horizontal position. The desired angle of attack is created by turning the wing.

Beautiful piece of research, Cy-27! Thanks a lot for sharing.

Amazing list,thank you my dear Cy-27.


for KAI 17,it was a sailplane or training glider as I know,I will check about it.

I don't know if that list is for Kazan and Kharkov,and I don't know how to separate them;

I don't know if that list is for Kazan and Kharkov,and I don't know how to separate them
Click to expand...

ХАИ will be the equivalent of KhAI = Kharkov Aviation Institute

КАИ will be the equivalent of KAI = Kazan Aviation Institute


but can you please translate it,and also you can add it to your list.

Here is a direct translation of the list from Hesham, I have had a look at the web pages and will post additional data for new entries later on...

Some more notes taken from the http://ravil-veniaminov.narod.ru/ pages on types not recorded earlier.

Kazan KAI-30 Koltseplan
VTOL Project
Project only led to work on the KAI-31.

Kazan KAI-31 Koltseplan
VTOL Project
Mockup of VTOL aircraft KAI-31 'Koltseplan' was built at the 22nd plant of KAI and shown in Moscow. This apparatus was designed by the engineer, who came from Kharkov, Valery Reshetnikov, an employee at RMS plant number 22.

Kazan KAI-36
Hydro Glider (1970)
A glider from 1970, successfully tested on the river Kazanka, a water glider?. Glider first flew without official permission. Project under the supervision of Paul S. Kamyshev who took responsibility and allowed glider flying at low altitudes, which it did well.

Kazan KAI-43 Atmosphere-2M
UAV (1977)
The success of the first models led to a development where a 3 kg payload could be carried. Production of around 50 copies.

Kazan KAI-50MP
Motor Glider (1990)
Motor glider two-seater. The earlier KAI-50 was fitted with a Privet engine. The two-cylinder single-cylinder engine was located behind the pilot on a pylon. First flew in 1990 with students on board. There were had plans to launch it in the series, but negotiations have stalled with the collapse of the Soviet Union ceased.

Kazan KAI-51 Volna (Wave)
UAV
Based on the experiences of the earlier Atmosphere UAV's. The work on this area continued in the KAI-51 and KAI-52 projects, which were designed for 10 kg of equipment.

Kazan KAI-Ekranoplan
Wing in Ground Effect Vehicle (1995)
A project for a five-seat single-engine light WIG, developed in the mid-1990s. Under the direction of professor Firsov the machine body was made of composite materials. It was finally completed in 2007 and the WIG was launched and began its tests.


you forget to add KAI-4 to your first post.

Thanks Hesham, I forgot a whole paragraph of text!

It has now been added into the original post where it should have been.

The last aircraft built in KAI before The Great Patriotic War was the design UK-1 (Elastic wing). Information on it is very sparse.

In 1938, on the instructions of TsAGI, the Design Bureau under the guidance of GN Vorobiev, were working on an experimental two-seat monoplane with MV-6 (220 hp) engine . It was supposed to create two versions of the wing - the ordinary wooden (UK-1B), and elastic, mixed construction (UK-1A). The design involved some form of wing twisting designed and built in 1940, next year the aircraft was transferred to TsAGI, but due to the advent of the war is was not completed.

The institute's archive folder holds a letter from Vorobyov of TSAGI from 21 June 1940 on the status of work on the flight instance UK-1.
It was reported that "the aircraft with a normal wing is ready for the transfer to the airfield for final assembly and flight tests". Nothing more is known.


is there any drawing or picture surviving to Kazan KAI-15 tailless light aircraft ?.

What was this Kazan ?.

THE COMPLETE TEXT FOR HESHAMS PICTURE!

Thank you my dears Maveric and Deltafan,

The LS may have been a TsAGI led design. (Tsentrahl'nyy Aerodinamicheskiy i Ghidrodinamicheskiy Institoot- Central Aerodynamics and Hydrodynamics Institute) also translated as CAHI (as in the test image above) or ZAGI.

Cy-27 said:
The LS may have been a TsAGI led design. (Tsentrahl'nyy Aerodinamicheskiy i Ghidrodinamicheskiy Institoot- Central Aerodynamics and Hydrodynamics Institute) also translated as CAHI (as in the test image above) or ZAGI.
Click to expand...

There is some photos and Drawings here about Kazan Aviation Institute planes and projects (in Russian, sorry)

Found too these russian links about KAI-1 (It seems that there is some confusion between KAI-1 and KAI-3, to the extent that KAI-1 number 3 has become KAI-3) 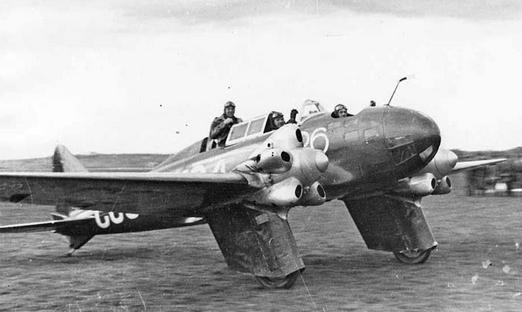