I'm not sure if these belongs in Army Projects or Naval Projects as it is something of a cross-over. But I was wondering if anybody has ever seen any pictures of drawings of the Japanese Submersible Guns developed by the 10th Military Experimental Station in Murotsu in 1945. These are covered in the US Naval Technical Mission report (S-93(N) but there are no illustrations.

The 10th Military Experimental Station at Murotsu was assigned to study a variety of new beach defense tactics including the idea of submersible guns that could remain hidden underwater near the beach, and then pop up and destroying incoming American landing craft.

The Submersible Gun Mount Model 1 was a pressure-tight steel chamber anchored to the sea-floor that could rise or submerge underwater using ballast tanks. It was armed with either a 20mm Type 98 automatic cannon and 200 rounds of ammunition, or a 37mm Type 4 ship gun and 60 rounds. The crew consisted of two frogmen who could live aboard the submerged weapon up to 48 hours. The idea was that a belt of these would be emplaced and submerge at the first sign of invasion. As the American landing craft approached the beach, they would suddenly emerge from the sea and begin firing on the landing craft. It is unclear if this design was ever built, but it was followed in May 1945 by the Type 2 which used a cylindrical, submersible hull as well as a small 15 hp powerplant to power the compressors and water pumps to enable the device to surface and submerge, and to charge the 10 hp electric motor. The submersible gun was a cross between an underwater tank and a coastal submarine and was armed with a 7.5cm small craft gun. It had a crew of two or three and a maximum speed of 3 knots on the surface and 2 knots underwater. A prototype was constructed by the Mitsui Shipbuilding Co. in Tamano in July 1944 but initial trials disclosed numerous problems. These had been satisfactorily resolved as demonstrated during trials off Katsurajima on August 8 and the weapon was ready for production.

This weapon would be supported by the Submersible Pillbox Model 3. This similar to the Type 2 submersible weapon except that it was primarily intended to support the submersible gun positions by replenishing them with supplies. It also contained a mine rack for dispensing anti-craft mines. A prototype was completed by Mitsubishi in Nagasaki in mid-July 1945 and tested in the harbor through August 9, 1945

Being underwater provides the advantage of stealth against visual surveillance and water protects against projectiles (bullets, fragments, etc). But water also provides stealth for attacking forces like UDT divers who could just add demolition charges to these underwater bunkers as they are doing the same to underwater obstacles. Water also magnifies the impact of blast through underwater explosions. Before landings the surf zone and beach were shelled to destroy obstacles and mines which would also destroy underwater bunkers.

The additional cost of the underwater weapons to build and deploy would be better spent on deeper inland defences that are far cheaper and more survivable. Any submersible production capability would be better kept on mini submarines which offer a lot more flexibility and the potential for high payoff success like sinking a supply vessel.
C 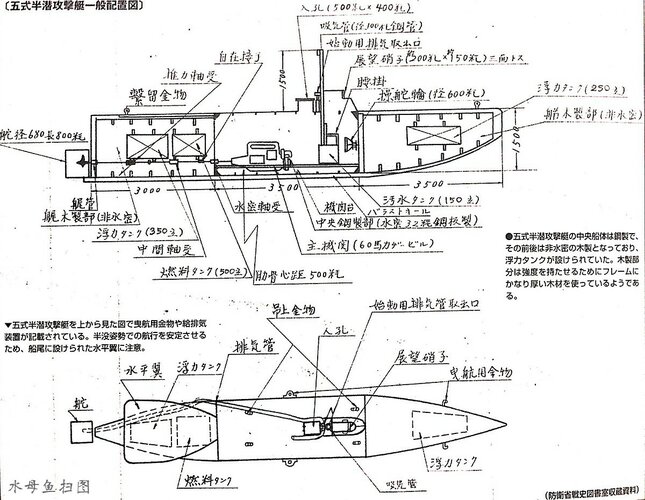 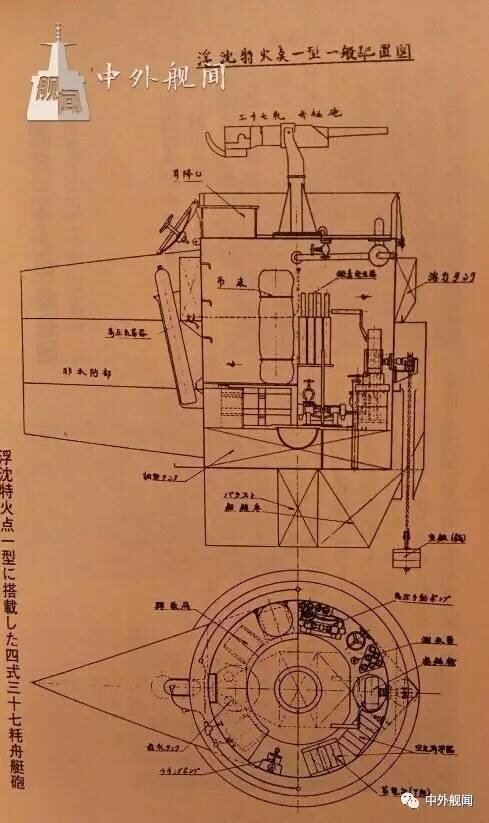 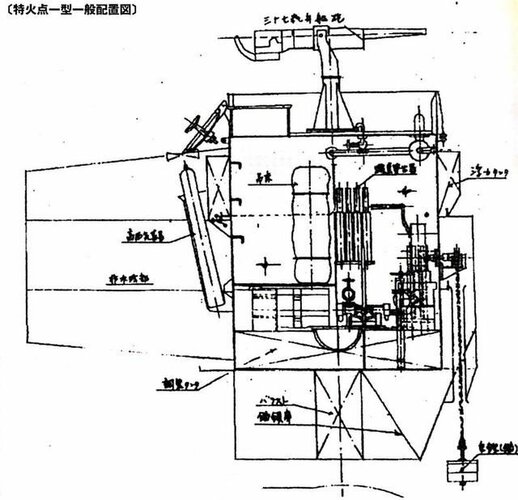 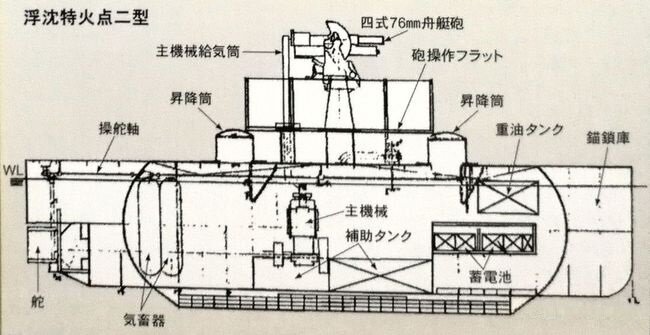 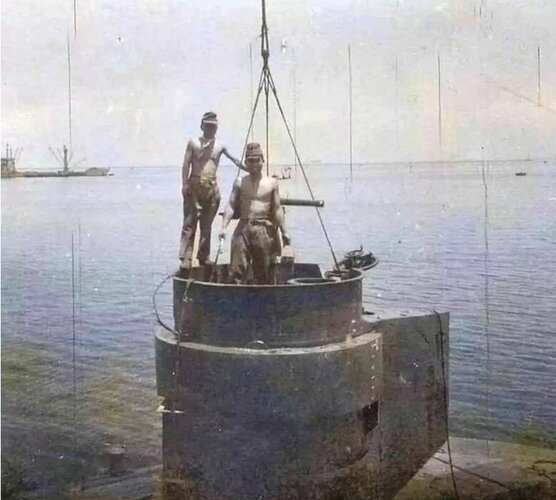 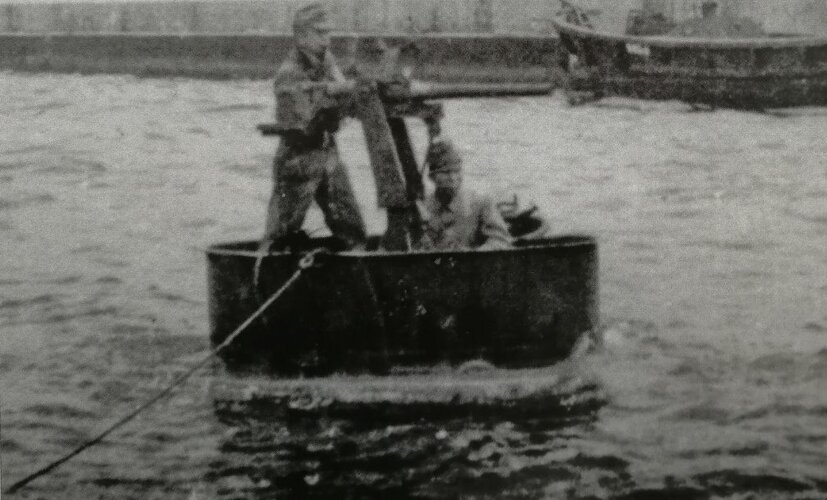 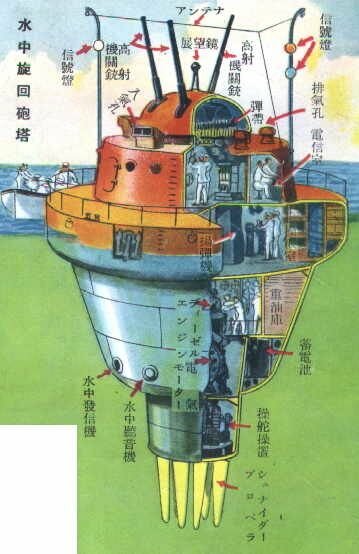 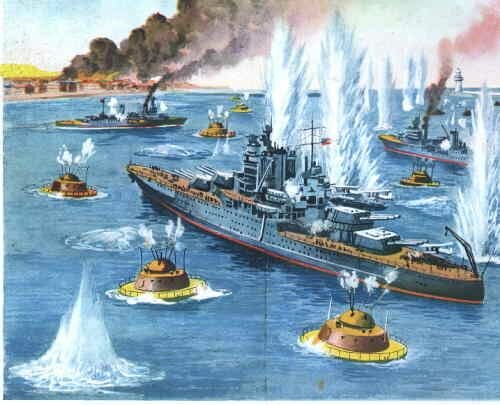