Recently, while browsing the Imperial German Navy section of a webpage of unbuilt ship pictures and plans, I found this photo of a never-built German battleship, which appears to have 6 main battery turrets. The picture was named "Blatt-2" and was the only picture in a folder labeled "Diesel_BB". I haven't encountered this particular design before, and don't have any other information on this aside from this image. Do any of you have anything else on this ship or its stats? Thanks. 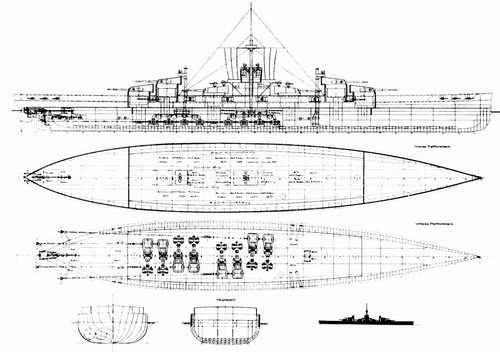 A very similar design was shown in a paperback by Antony Preston and John Batchelor, published in Germany under the
title "Schlachtschiffe 1919 - 1977" (Battleships 1919 - 1977). It was described as a post-war design for a 26,000 t battleship
with Junkers Diesel engines and armed with 12 305mm guns.
If that's correct, it wouldn't be an "Imperial German" ship, of course. But the main armament would rather fit a pre-1919 design,
I think.

Here is the complete article: 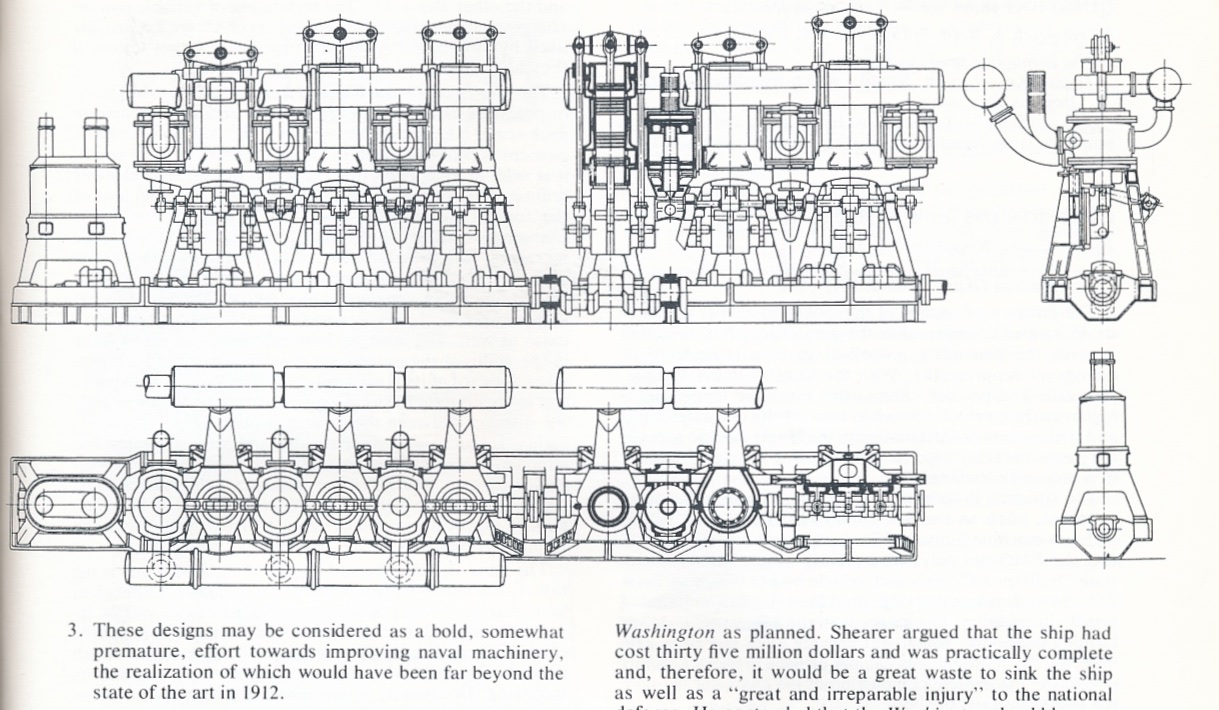 This article, by Professor F. W. Hoepke, was published in Warship International, N°1, 1986.