hello guys I hope someone canand will tell me about Ilyushin's IL-98 project to succeed the known IL-96 airliner family.
thanks in advance
T

Hello people there was a project by Ilyushin for a airliner,with I believe a double hull configuration.
It was a project to complete the allready existing IL-96 family
Ill hope someone can and will provide me with some info about this interesting project
U

BTW, T-50? this info was already in SPF. Be more attentive
U

The previous air show in Zhuhai Ilyushin introduced under the symbol IL-98 variant of IL-96 with two engines NK-93 in the thrust class 18-20 is a more detailed study found that the required thrust should be 25-26 tons. Variants of Ukrainian Motor D-18 (serial samples issued 23,5 m), Trent English and American PW4000. "If the Chinese side of the Russian proposal for a joint project will require large-scale industrial cooperation with the transfer of a large number of documents to the Chinese side", - said Alexander Rubtsov.

I was wondering which type of engine this aircraft was becoming,maybe the same engines as the A-380?
U

Interesting, the Il-96 data sheet on airliners.net (I know, I know - but hear me out ) suggests the Il-98 was to be fitted with Trent 800 or GE90 engines. Now, considering the dimensions on your (excellent!) drawing which match the Il-96-400, two NK-93s seems very underpowered for an aircraft in the weight class of the Boeing 777-200ER. Needless to say, Trent 800s or GE90s are more in line with the likely thrust requirements of the Il-98 and also match the nacelles shown in the image more closely. What's your take on this?
I

Can anyone help me out, what kind of "project" or at least conversion or does anyone have an information, what's going on with that Il-96 ?? Especially strange (unique) to convert a former freighter version into a passenger version back again !?? 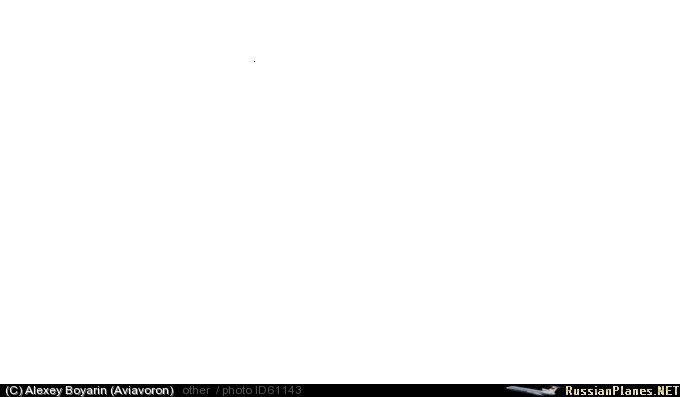 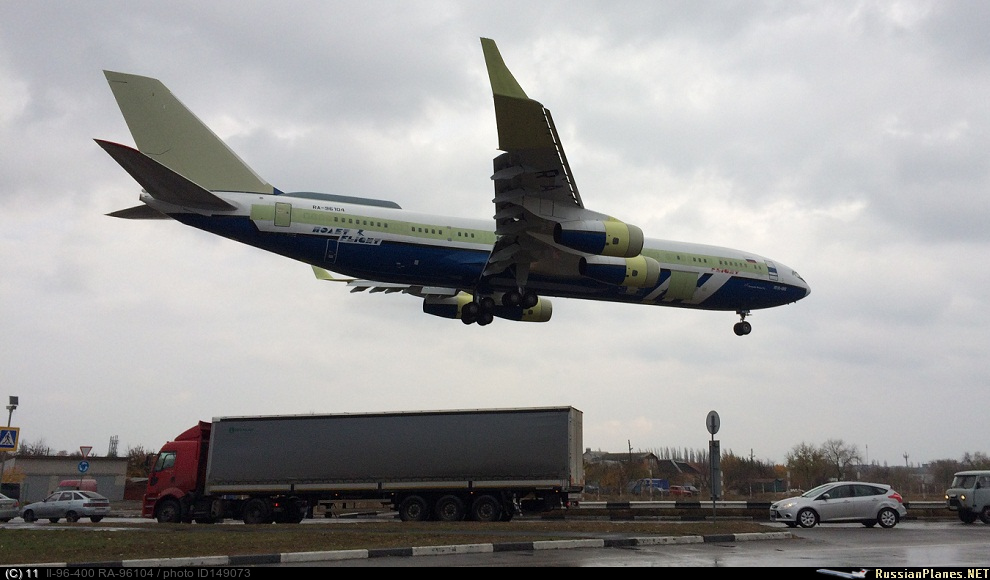 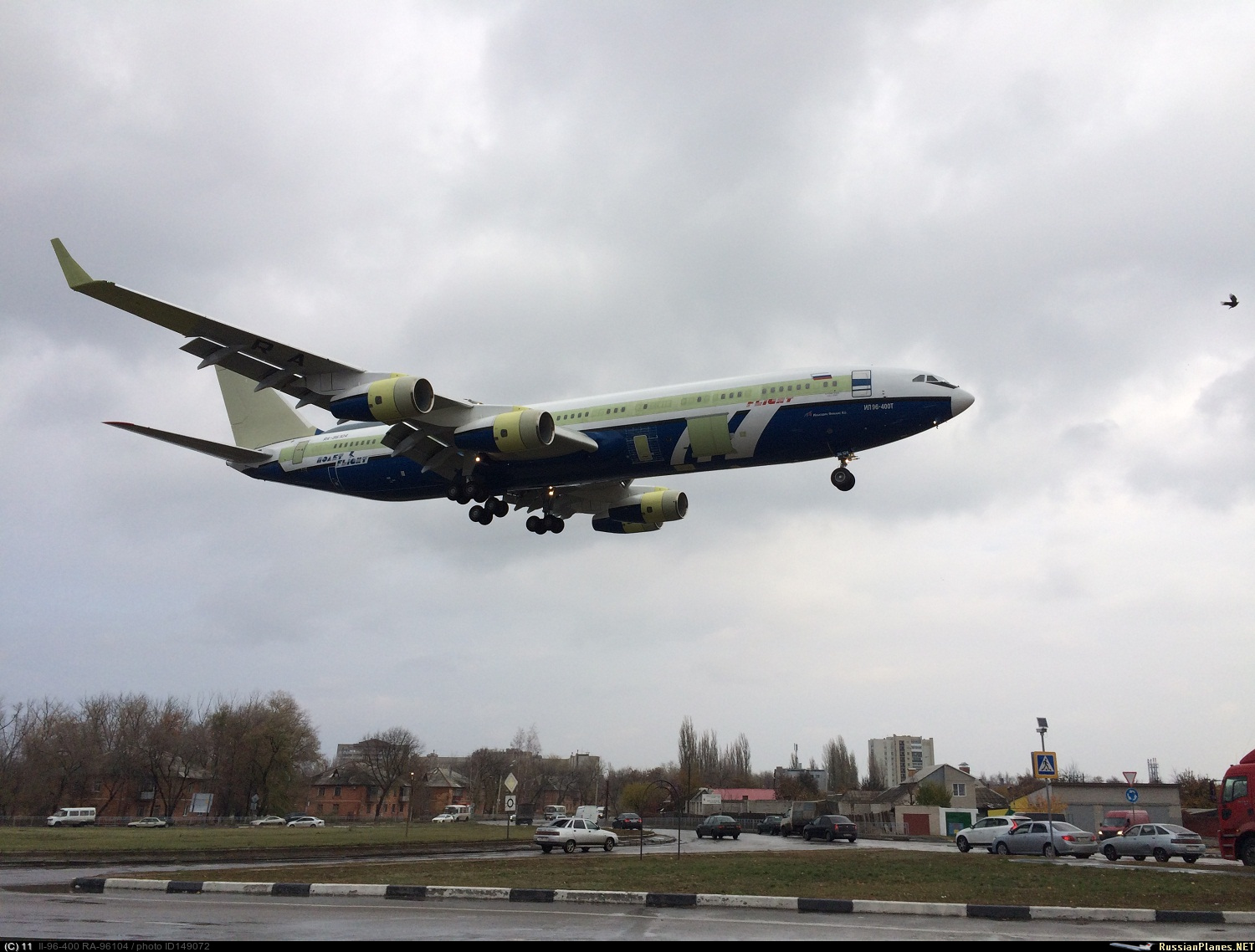 Deino said:
Especially strange (unique) to convert a former freighter version into a passenger version back again !??
Click to expand...


I can only think of purely commercial reasons. As the Il-96 was originally a passenger aircraft,
I think, that conversion isn't that hard and costly, especially if costs of labour still are relatively
low and the aircraft is available cheaply. I'm not sure, but I think, I once saw a photo of a western
pax-aircraft, with a caption, roughly saying that "the large side door shows its former use as a
freighter". May have been a B727, or 1-11, or something like that.

I presume, these freighter to passenger version conversions are mostly done for (V)VIP customers.

fightingirish said:
I presume, these freighter to passenger version conversions are mostly done for (V)VIP customers.
Click to expand...

Agreed. Given the addition of the canoe fairing just forward of the tail and the un-plugging of windows, my thought would be that this aircraft is being converted to fly Russian government officials around. If the windows remained plugged, I'd say strictly military use. VIPs need the communication gear presumably indicated by the fairing, and VIPs most definitely "need" to be able to look out the windows. Military? Not so much.
A

The aircraft was, or is owned by this group. It looks like it was the 4th of 4 of this type that they received. They already do some interesting work, so perhaps this is just an expansion of that work.

Ilyushin is reportedly studying a potential twin-engine development of the Il-96 airframe with engines like the proposed 77,000+lb thrust PD-35 or similar rated Western turobfans.

What is the Russian word for "Beluga"?

The Russian Aviation Company "United Aircraft Corporation" is exploring the possibilities to produce a new version of the Il-96, the Il-96-500T. The -500T is a freighter variant able to carry over-sized cargo and will feature a swing nose like the Super Guppy.

Currently UAC is thinking about producing sixteen aircraft. Six are for the Russian Air Force and four are planned for use by Roscosmos and UAC. Roscosmos is the Russian space agency and it will use the plane to transport rocket(parts) and other space technology to the Vostochny space center. UAC will be using the Il-96-500T to fly parts for its new CR929 widebody programme it is working on together with China. The last six -500Ts will be marketed on the commercial market by ILYUSHIN FINANCE CO. fightingirish said:
What is the Russian word for "Beluga"?
Click to expand...