I have an MPC (a USA Airfix extension) Sea King model from the 1970s. The box art shows it in IDF camo and markings. I’ve never seen anything on Sea Kings operated by Israel, altho they have operated a number of Sikorsky types. It isn’t beyond MPC to offer incorrect or fictional markings. Also in the ‘70s they offered the same SH-3 kit with 3 optional markings, one being USCG and did they logically try to pass it off as an HH-52? No, they labeled it as an HH-3 Pelican. I was just curious about any basis for the IDF SH-3.

Is it possible they tested a few?

As someone who has followed the annual Flight World Air Forces Review since the late 60s I am pretty certain that Israel never operated the SeaKing.
The bigger CH53 on the other hand took over from the Super Frelon as the IDF assault helo. It was also used for search and rescue. The helicopter equipped Israeli Navy units had Dauphins and Panthers and later Seahawks.
Usually trial helo photos like the West German Skycranes in civil colours come out in Flight or Aviation Week. So there may be one out there.

I wonder if someone didn't see a picture of one of the Israeli Super Frelons and get confused. They look a bit like a Sea King if you don't know what you're looking at. 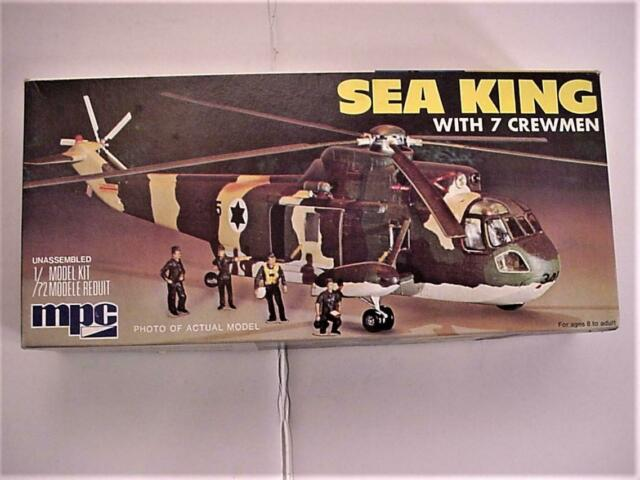