Here is a model of the Hughes OH-6D AHIP prototype flown by Hughes Helicopters during the duration of the AHIP competition in 1981. The model is based on the 1/72 Italeri OH-6A Cayuse kit. It was converted using scratchbuilt parts made from plastic card, strut and wire. The only photo-etched parts used are the wire cutters. It's my first model completed in 14 years so please go easy! 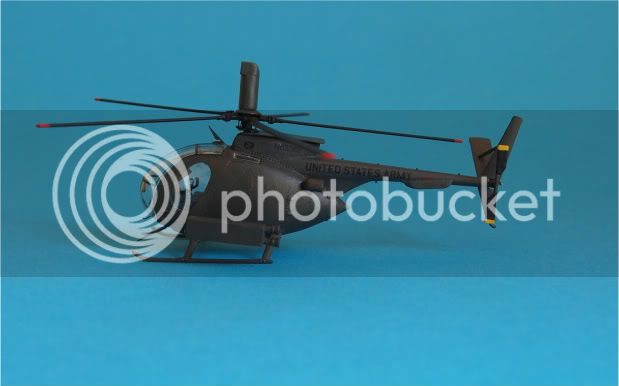 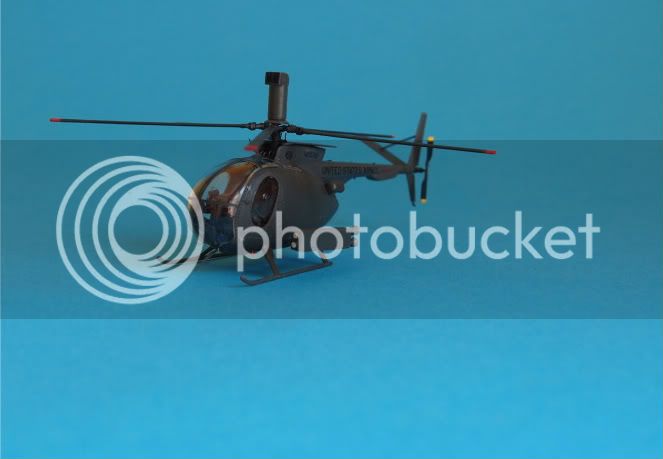 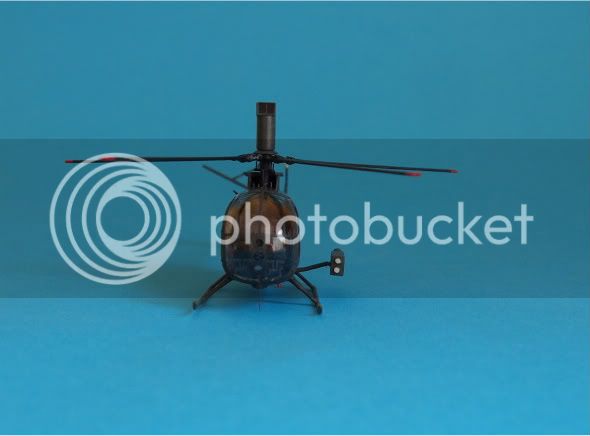 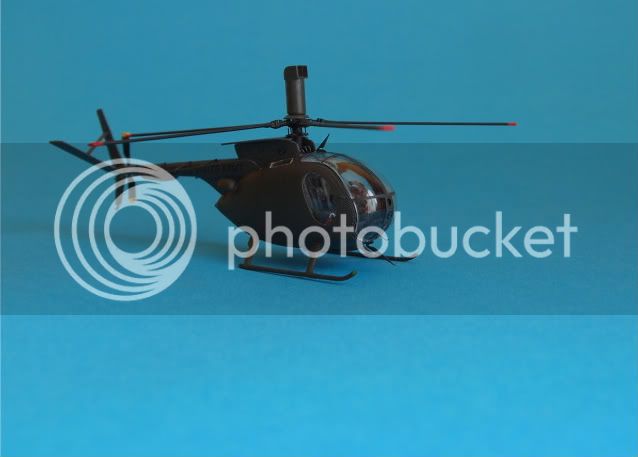 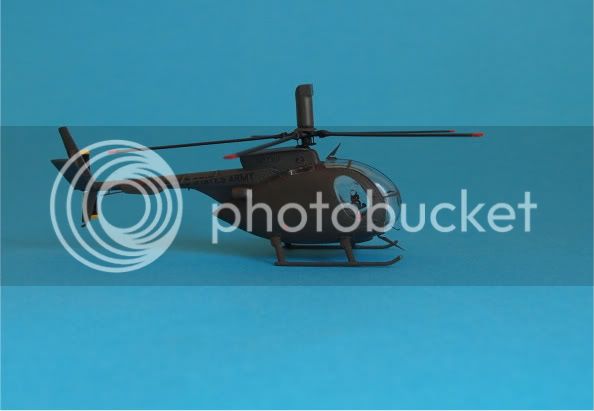 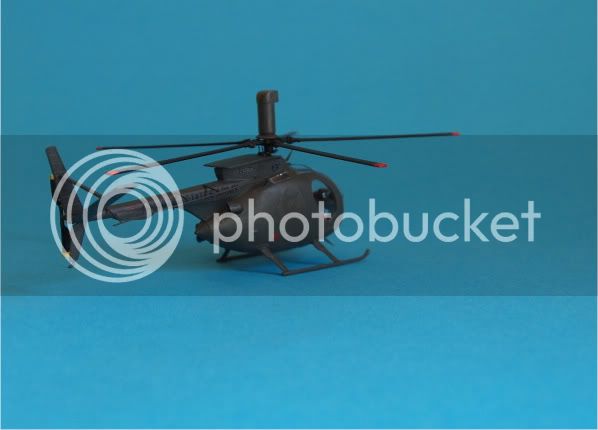 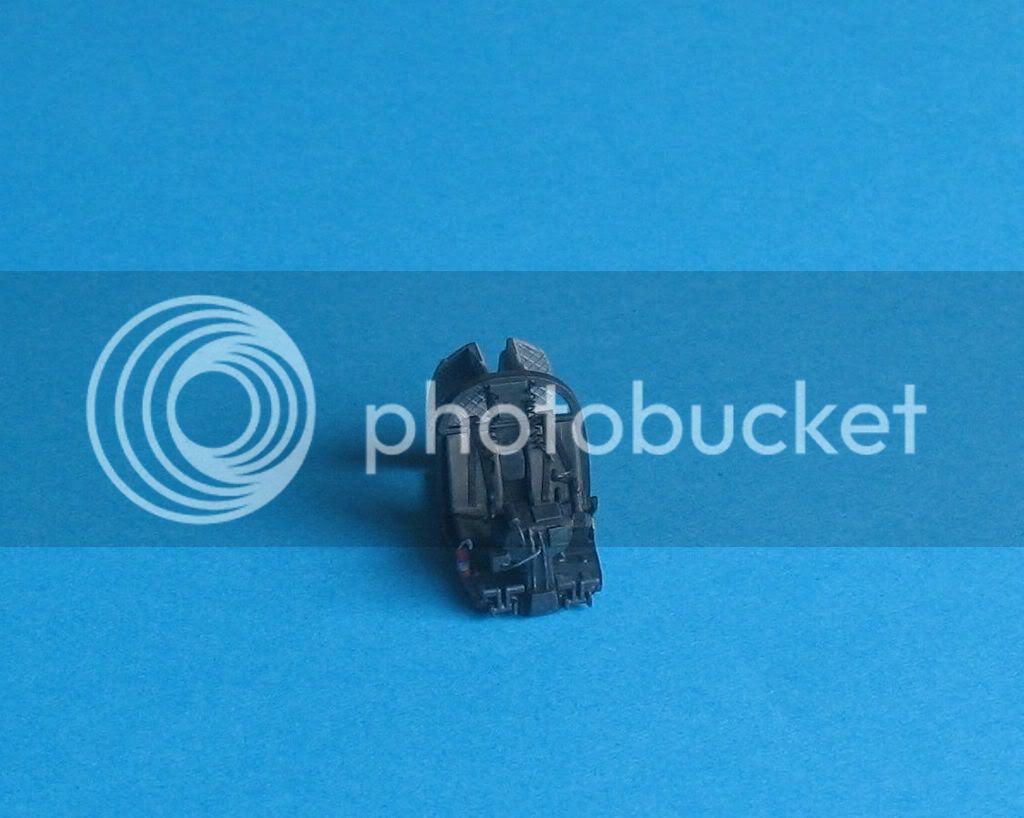 Thanks gfi88. I was messing around with my camera and have a few more low-quality photos of the Hughes OH-6D. I had a Verlinden base plate and had it mounted in a picture frame. I decided to do a little "What if" diorama.


The fictional scene depicts the OH-6D parked on the ramp outside the prototype hangar at the Hughes Plant at Culver City in August 1981. All the proposed weapons options are laid out in front of the helicopter and it is cordoned off. The helicopter is set up for an inspection by a visiting delegation from the U.S. Army before the decision is made to select the winning A.H.I.P. design. Two executives from Hughes Helicopters are seen approaching the OH-6D to inspect everything before the Army Selection Committee arrive. 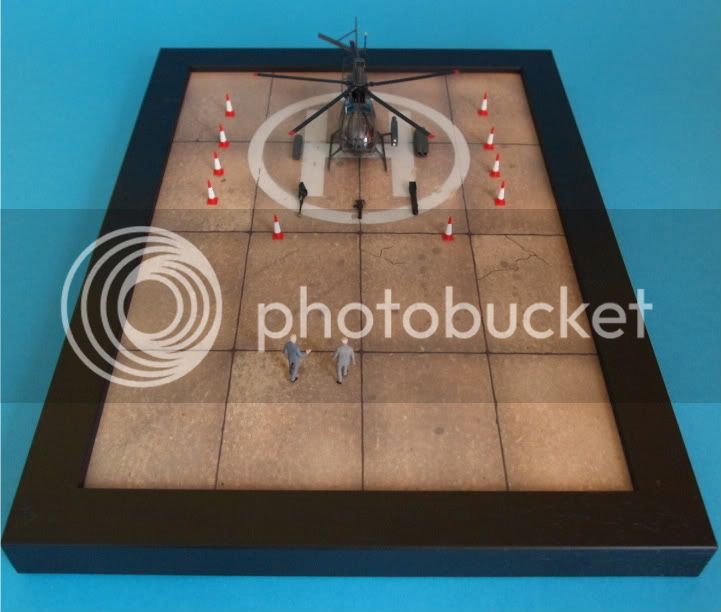 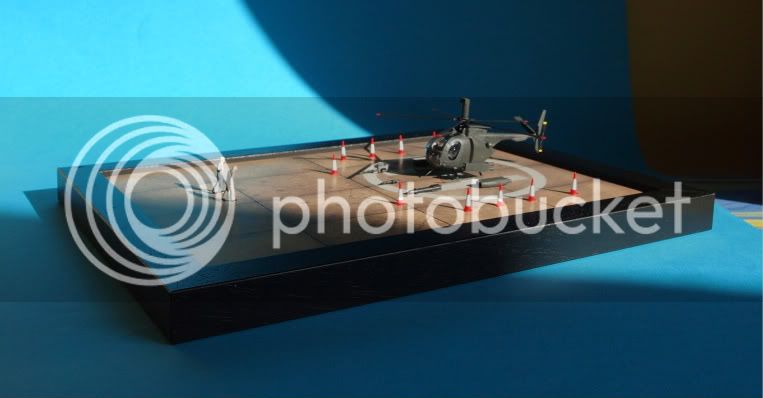 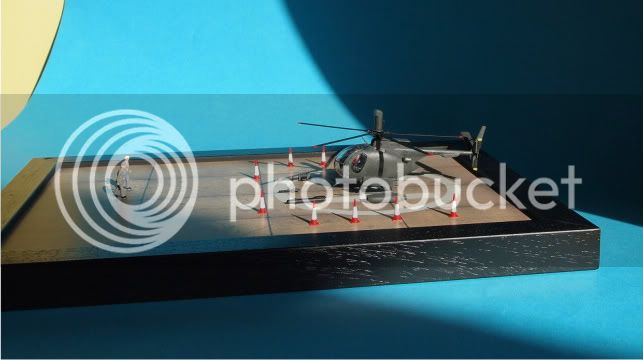 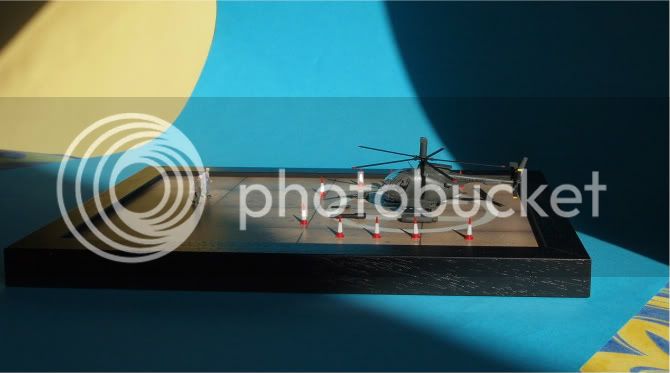 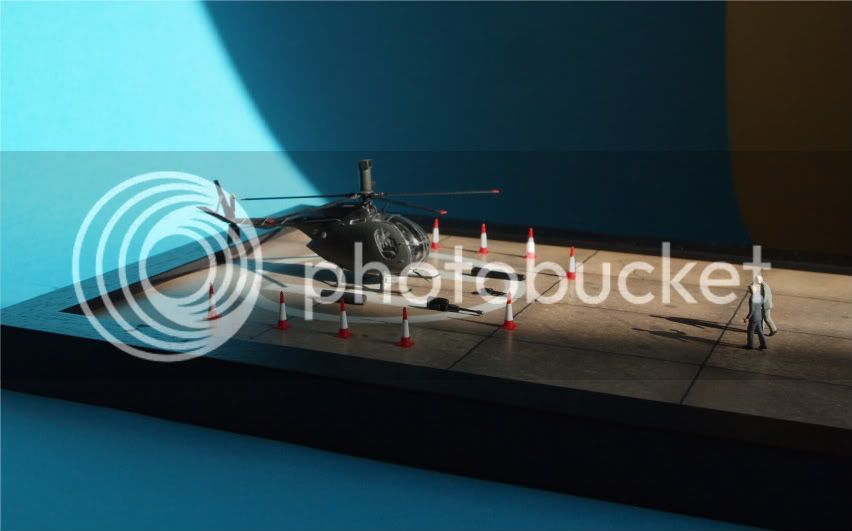 500 Fan said:
The fictional scene depicts the OH-6D parked on the ramp outside the prototype hangar at the Hughes Plant at Culver City in August 1981.
Click to expand...

Very cool! I actually go by the site of the former Hughes facility every day, which is now something completely different. A significant part of our engineering history, gone forever.
S