The U.S. Air Force is developing special versions of two smart munitions that track and attack sources of electronic warfare (EW) jamming directed to throw the weapons off from their intended targets.

The weapons involved in the demonstration are the GPU-31 Joint Direct Attack Munition (JDAM) and the GBU-39 Small-Diameter Bomb (SDB). SARA engineers will integrate the company's Home-on-Jam seeker into the JDAM and SDB-I smart munitions.

On the precision-guided munition side, the US Air Force Research Laboratory at Eglin Air Force Base, Florida, is studying a kind of seeker that directs bombs to detect and destroy GPS jammers, called home-on-GPS jam, or HOG-J.

Last year, the lab awarded Scientific Applications & Research Associates of Cypress, California, a $9.8 million contract to integrate the seeker into the JDAM and Small Diameter Bomb Increment I (SDB-I) weapons and demonstrate it in flight tests. The work, at White Sands Missile Range, New Mexico, is expected to be completed by late 2016.

Alan Shaffer, deputy assistant defense secretary for research and engineering, said at a 2014 congressional hearing that, "HOG-J has had some preliminary successful tests and could be ready to enter the inventory in two to three years." 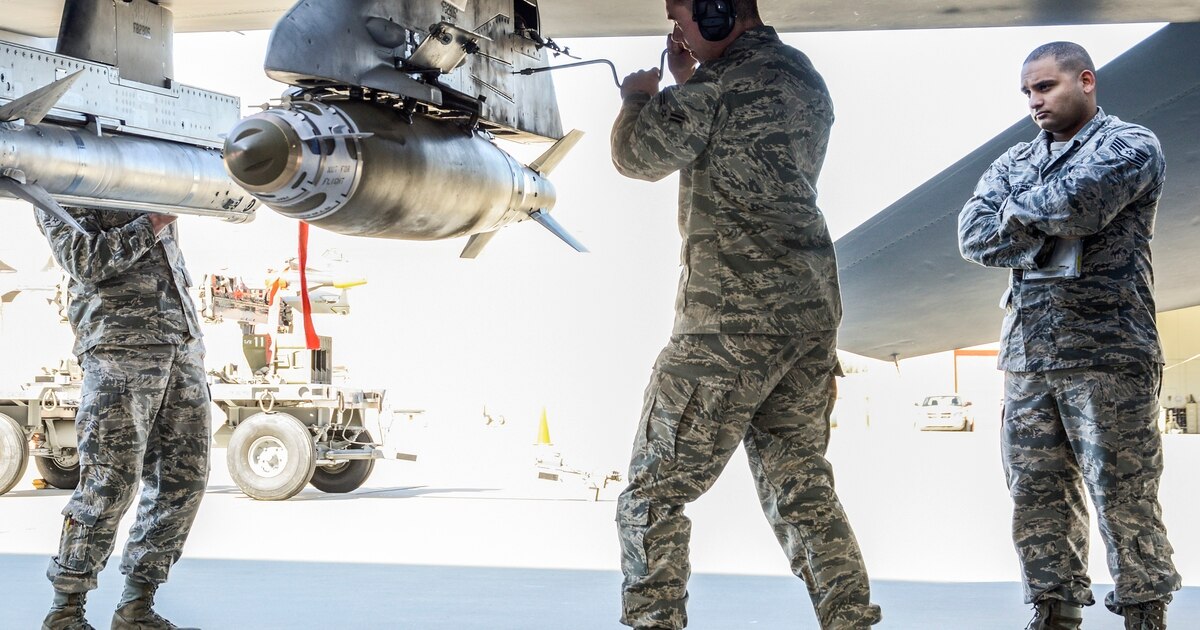 The makers of precision guided munitions no longer take for granted that a simple GPS will guide these bombs and that they will always work on their own. Jammers and spoofing equipment threaten to populate future battlefields; manufacturers have taken notice and answered the threat. 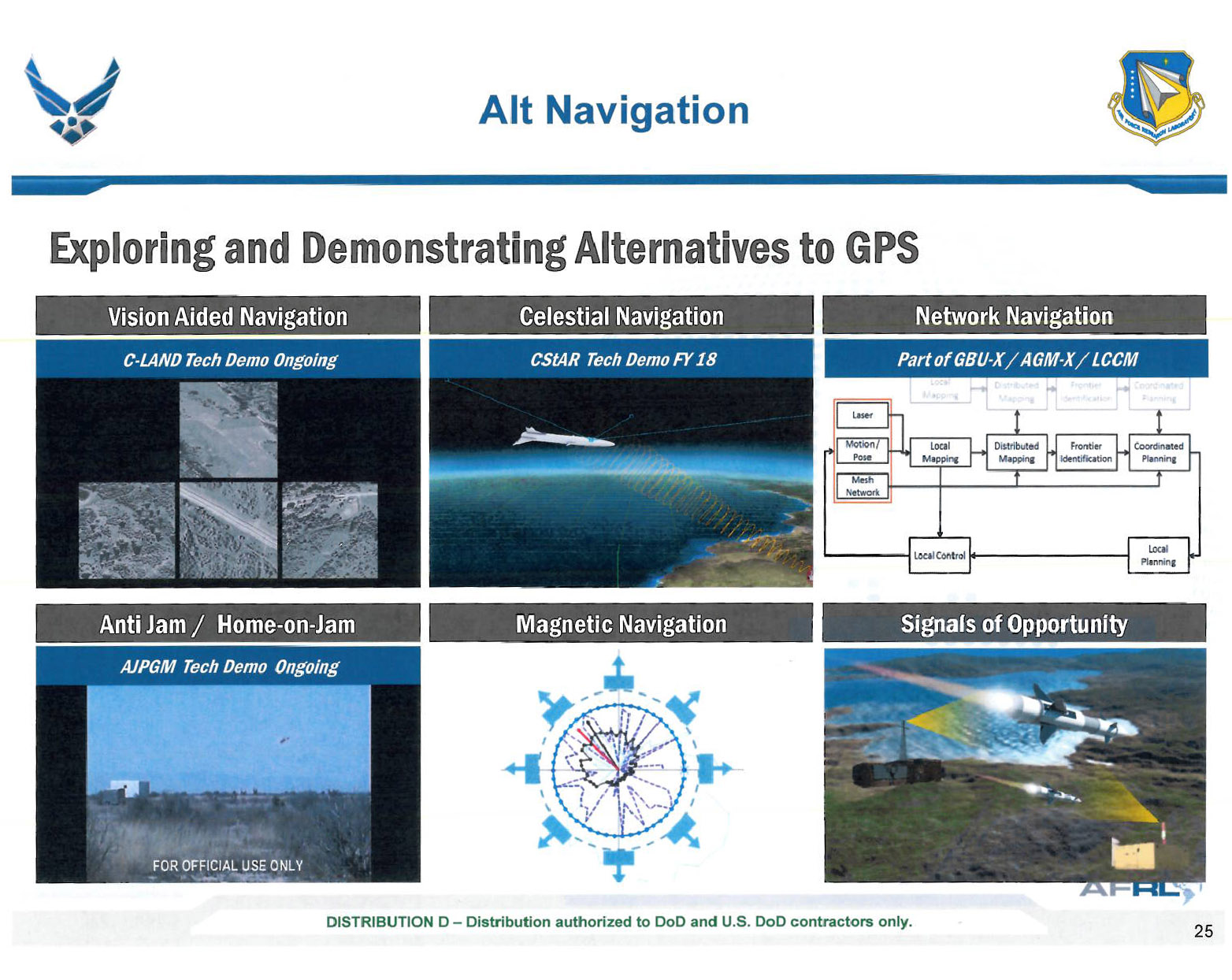 Should an enemy strive to complicate the battlefield by stray or competitive RF energy, SARA’s HOJ subsystems can enable a host guided bomb or missile to engage it as the system or operator might prefer. HOJ is compact and 1/10th the production cost of prior-generation systems. HOJ uses solid state components and a common munition interface which provides rapid, low-cost integration. 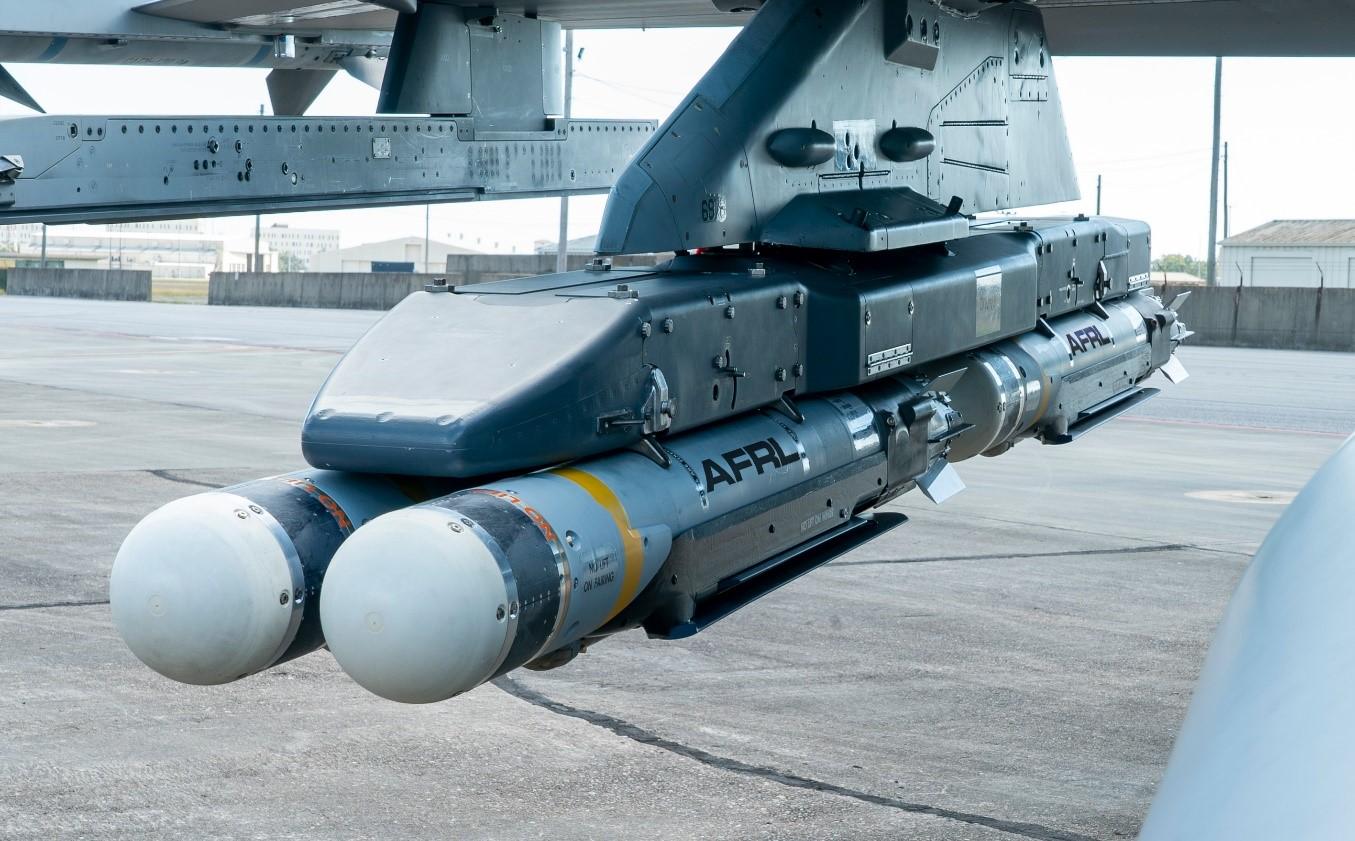 During the mission, the weapons referred to pre-defined Rules of Engagement (RoEs), a set of constraints preloaded by a mission planner, and determined that the jammer was not the highest priority target. The weapons then collaborated to identify the two highest priority targets. However, due to an improper weapon software load, the collaboration guidance commands were not sent to the weapon navigation system. Without the updated target locations, the weapons impacted a fail-safe target location.

“The Golden Horde demonstration with the Small Diameter Bomb flights is an important step on the path to Networked Collaborative Weapon systems. Completion of this first mission sets the stage for further development and transition to the warfighter,” said Chris Ristich, Director of AFRL’s Transformational Capabilities Office.

This initial demonstration represents a critical first step for the Golden Horde program, an initiative focused on advancing networked, collaborative and autonomous – or NCA – weapon capabilities through live and virtual testing. These new technology areas provide the Air Force with a revolutionary way to engage adversary targets.

The technologies enabling this new capability include a home-on-GPS-jam seeker that gathers information about the battlespace, a software defined radio for communication between weapons and a processor preloaded with collaborative algorithms.

The collaborative algorithms use a dynamic approach called play calling, similar to a quarterback calling a play in football. A “play” is an established behavior that groups of collaborative weapons, or swarms, can enable (or disable) when they meet certain predefined conditions. Weapons that use this technology are semi-autonomous since they abide by pre-defined Rules of Engagement and only execute based on an approved list of plays.

While this demonstration has given the Air Force insight and confidence in networked, collaborative, and autonomous weapons technologies, no intention currently exists to transition this technology to the CSDB. Col. Garry Haase, Director of the AFRL Munitions Directorate explains, “This successful Golden Horde demonstration builds the foundation for integrating this technology into a variety of other weapon systems, which will help the U.S. maintain a technological advantage over our adversaries.”

“I’m very pleased with results of this first test,” stated Steven Stockbridge, the Golden Horde Principal Investigator. “The team saw good performance from the networked collaborative sub-systems and understand the root cause of the weapons not impacting the desired targets. We anticipate readiness for the next flight test.” Two more CSDB flight tests are planned for early 2021, increasing the number of collaborative weapons in each demonstration to four. 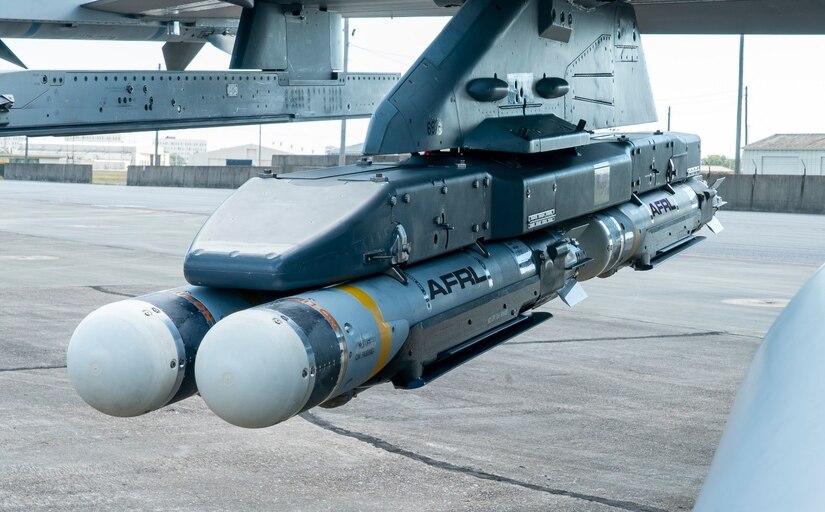 So, would testing such be responsible for the weirdness on US West Coast where anchored ships' transponders appeared to be sailing in ~20 mile circles ??

Nope, that is likely down to the Russians, or more likely, the Chinese.
P

Doesn't this suffer from the same problem that anti-radar missiles suffer from, spoof transmitters ?

Doesn't this suffer from the same problem that anti-radar missiles suffer from, spoof transmitters ?

That would be one of the drawbacks to this approach, yes. Overall it will be pretty vulnerable against a decent EW effort, including so-called cyberwarfare.

phil gollin said:
Doesn't this suffer from the same problem that anti-radar missiles suffer from, spoof transmitters ?
Click to expand...

nobody don't will produce decoy GPS jammers, there is no money saving
Last edited: Jan 11, 2021

phil gollin said:
Doesn't this suffer from the same problem that anti-radar missiles suffer from, spoof transmitters ?
Click to expand...

nobody don't will produce decoy GPS jammers, there is no money saving
Click to expand...

Instead, if somebody wants to jam GPS they'll just make a cheap disposable jammer that can be distributed widely, plugged into any residential home, etc., and spread them everywhere. Much more effective than using a few powerful jammers to do the job. If the jammers are everywhere, using expensive missiles to eliminate them is a losing proposition.
Share:
Facebook Twitter Reddit Pinterest Tumblr WhatsApp Email Share Link