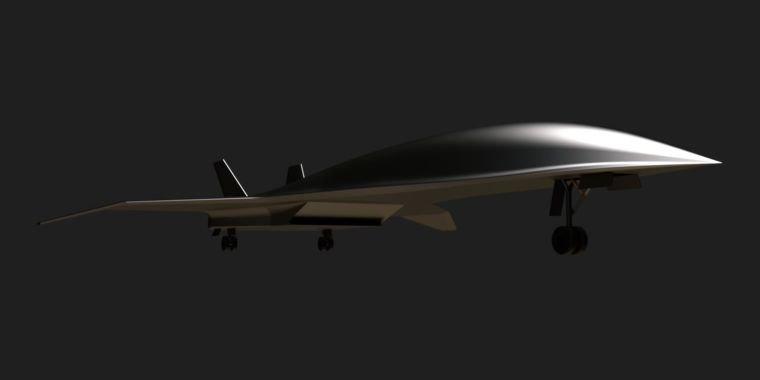 Hermeus announces plan to build the fastest aircraft in the world

"We want to do engineering, not science."

A new aerospace company has entered the race to provide supersonic commercial air travel. On Monday, a US-based company named Hermeus announced plans to develop an aircraft that will travel at speeds of up to Mach 5. Such an aircraft would cut travel time from New York to Paris from more than 7 hours to 1.5 hours.

Hermeus said it has raised an initial round of funding led by Khosla Ventures, but it declined to specify the amount. This funding will allow Hermeus to develop a propulsion demonstrator and other initial technologies needed to make its supersonic aircraft a reality, Skyler Shuford, the company's chief operating officer, told Ars.
.....
Shuford said it will rely mostly on existing technology and materials. "We aren't getting into anything too miraculous," Shuford said. "We want to do engineering, not science."

Primary materials will include titanium, and the propulsion system will be powered by a turbine-based, combined-cycle engine. Over the next five years, the company plans to work toward a demonstrator vehicle that travels at Mach 5, before developing aircraft for commercial service eight to 10 years from now, Shuford said.
Click to expand...

Pretty nebulous right now, which is why I didn't post this in Projects. The usual insanely ambitious timeline that they will fail to meet, while blowing through multiple rounds of VC funding.

Could well be.
R

Droop is also used to keep the wingtips inside the shock-wave at speed. And in both hypersonic and supersonic flight 'down' droop seems to be more stable than up-swoop.