This air combat simulation called “Eagle -2015” exercise, the CPC operating J-11 pilots, the latest against the Thai Air Force JAS-39C / D type, although at the end of the exercise, the two sides executives publicly say that “the outcome of each.” but the British magazine “Air Force Monthly” the latest was disclosed some details of the exercise, the Thai reporter author wrote to his personal experience as well as communication with the Thai Air Force pilot, insider account of the exercise, including the Chinese Communist Party sent best pilot participation, but also a test of Thailand JAS-39C / D, but the most shocking still air combat simulation results: in some subjects, the “Griffin” with a 4: 0 victory over the J-11.

Many military commentators noted that the performance difference between both fighters, to explain the final result, mostly classified as three reasons:

2. Thailand operate Western-style electronic digital fighter for a long time, including the F-16 and JAS-39C / D is the most innovative avionics, can be called “fourth generation semi-fighter.”

3. The CCP dispatched J-11 avionics early configuration, although there is also shot from outside the missile, but compared with the JAS-39C / D, operating procedures excessive.

Some commentators also believe that, JAS-39C / D small and flexible, this type of heavy long-range J-11 fighter is not unexpected defeat. However, most of the military fans unhappy with this result, even if they think that these J-11 is not the most advanced, but still belong to the first line of the Guangzhou Military Region fighters, even if have to beat Thailand, how on Japan, South Korea, the United States? and Su-27 Flanker fighter series has always been to be able to show “stall maneuver” world-famous, it is difficult to accept that it is not flexible enough.

However, some comments are encouraged from the perspective that abroad against its meaning is quite important, purpose of the exercise is to understand their own lack of know opponents strengths, this is the most important. The test of the West’s most superb JAS-39C / D type Griffin, can thus learn better operating system configuration for the Chinese mainland next generation of aircraft development is very informative, and harvest more valuable. 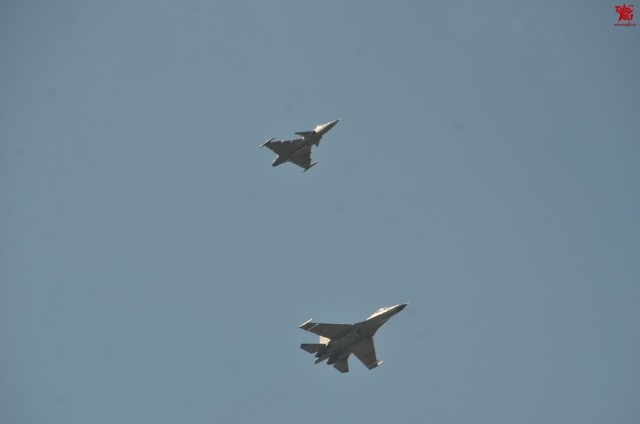 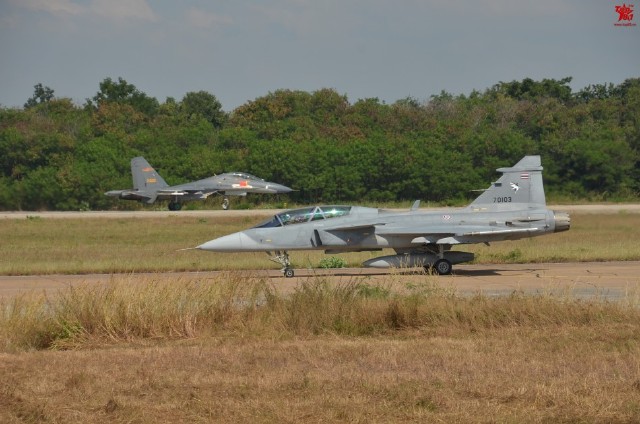 Without knowing the rules used...

That's completely untrue, pilot ability is going to matter a great deal. Furthermore, in a 1v1 environment, pilot ability is arguably even more important, given that you lack a wingman or wingmen to rely on for support.
R

Avimimus said:
Without knowing the rules used...
Click to expand...

Indeed. There is a simplistic assumption that all aspects of an aircraft's abilities will be utilised in such peacetime exercises. They aren't. These exercises are simplistic and only allow users to use as much as their owning services think are appropriate.
Share:
Facebook Twitter Reddit Pinterest Tumblr WhatsApp Email Share Link