A few years ago a project was launched to fly stratospheric balloons over various mid-western US states to test wide area surveillance systems and balloon station keeping technologies. This project was directed at drug traffic interdiction, counter-terrorism, and military applications.

Its not hard to envision an event (e.g. terrorism, natural disaster, high-profile crime, etc.) that could unfold which 'necessitates' the implementation of a wide-area surveillance system. This thread examines an alternate reality in which national events have resulted in the Federal government deploying a network of station keeping surveillance balloons to be located over all major US cities and population dense areas. (Possibly a couple hundred active balloons, IDK).

How do you think American's would react to a known continual surveillance program? Would individual States push for Balloon-Free Zones? Would society be safer? Would it lead to a 'Police State?'

For this alternate history lets say that during a test of a wide area stratospheric balloon program over the US the NSA tracks known terrorist's digital foot prints after they went on a nationwide terror spree. The NSA desperately seeking to visually track the terrorist with available national assets and turns towards the military. Informed that the balloon tests, known as GodsEye, are underway the NSA contacts the controlling agencies for access to the balloon's data and are successful in reviewing data, tracking and apprehending the terrorist. Once the public learns of the balloon's existence and its role in the capture what do you think American's reaction would be and what would be their level of acceptance of an operational stratospheric surveillance system?

One of the key issues is to keep the balloon in a radius of station as it ascends and descends to counter stratospheric winds or currents. Powered blimps may be more effective with solar arrays that power payload systems and electric powerplants. 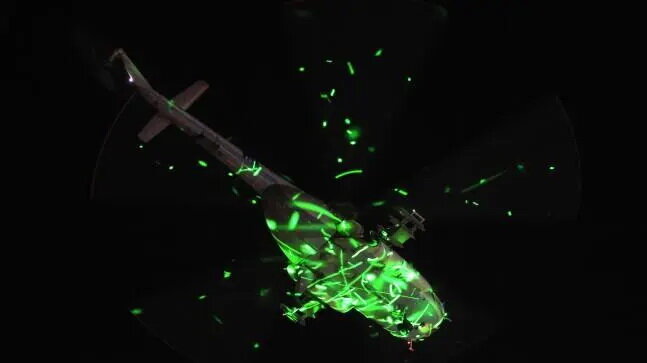 Wireless balloon networks have been under development for awhile. High resolution cameras attached to these systems would be within the realm of possibility. A data network that transmits between balloons to a ground station where a digital mosaic (similar to Google Earth that can be 'digitally stitched together' to provide a near-real-time picture of whole regions) is a possible future in ISR.

This concept solves the problem of a LEO or space-based visual reconnaissance satellite system that requires pointing and/or repositioning. The motion compensation capabilities developed from air and spacecraft systems are easily applied to stratospheric balloons. Hence, a vast network of cheap stratospheric balloons that could be easily replenished, payloads recovered (e.g. released and parachuted or flown back to a recovery site) and operated is very possible in the next 10-30 years.

I think that most Americans, according to Pew surveys, do not like the idea of public surveillance, but recognize the need for it when it comes to homeland defense. Like the NSA Prism program, despite its latent invasiveness, most are either willing to accept such a program on the grounds that it serves the 'public good' or quickly dismiss such efforts being inconsequential to their daily lives.

Orwellian predictions of the future is unlikely to materialize in a state of relatively unrestricted information access, IMHO, however the maturation of surveillance technologies and the slow erosion of public privacy and individual rights in the name of security raises some interesting questions of the future.

Where is the tipping point between not enough surveillance to counter crime and terrorism and too much surveillance that it impacts citizens civil liberties? This is the ongoing debate.
Last edited: May 12, 2022

American society, aware of a public wide-area surveillance network, recognizes that law enforcement has the means to track criminals in the US and the crime rate decreases dramatically. One theory from a study believes that the crime rate for violent crimes in the US dropped in the last 30 years is due to the proliferation of security and surveillance devices. https://eprints.whiterose.ac.uk/974...eloni 2014 Why the Crime Drop (C&J vol43).pdf

Would this push society towards a utopian construct where people become conscious of their actions through the awareness that someone was always watching? Or would this create a society filled with paranoia and anxiety with concerns that they may do something wrong and suffer legal consequences?
Share:
Facebook Twitter Reddit Pinterest Tumblr WhatsApp Email Share Link